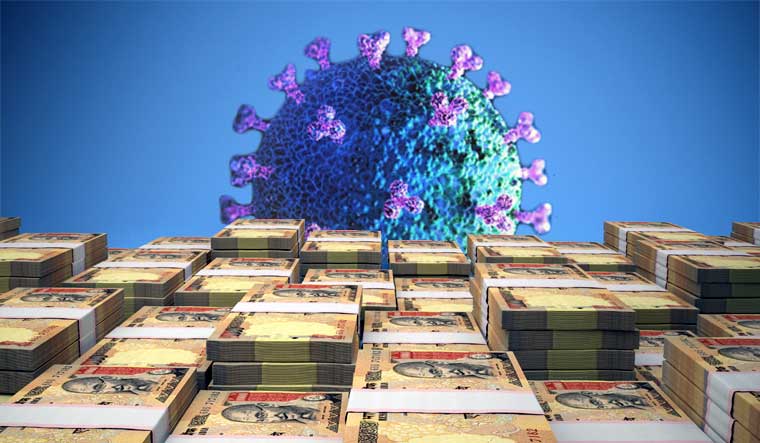 Vini, vidi...vamoose? One of the many casualties of the coronavirus panic could well be the great Indian unicorn boom. Scared over the prospect of an all-but-certain long-lasting economic impact to the new economic growth story, funding sources are hastily taking a step back from future prospects. On the quarantine shortlist? Indian start-ups.

“The funding scene for startups has started to slow down considerably. Investors are in wait-and-watch mode at this stage, instead of actively engaging with start-ups for fundraising,” Tanvi Malik and Shivani Poddar, co-founders of the start-up FabAlley told THE WEEK.

“The outbreak has already shaken the global economy, and disrupted every major industry. Business travel, both domestic and international, which is essential to fund-raising is down to zero already, and there’s an added uncertainty of not knowing when this ‘black swan event’ will end,” they added.

Sequoia Capital, one of the biggest funders in the world, had recently released a blog post in which it warned startup founders that raising extra funding may not be an option should “things continue downward”. It added, “Contingency plans need to be in place.”

Flush with easy funding from global investors like SoftBank, Tencent and Tiger Capital, Indian entrepreneurs had scripted a unique success story over the past few years, coming up with business ideas that could scale up rapidly enabled equally by internet technologies as much as easy availability of funds. This 'unicorn' rush (a unicorn is a start-up, usually with a tech background, that has achieved a market valuation of $1 billion, or roughly 7,500 crore rupees as per present exchange rate) had seen India having the third-highest number of billion-dollar companies in the world, after the US and China, including marquee names like Flipkart, PayTM, Ola, Swiggy and Byjus. Total investment in Indian startups had crossed the 30,000 crore rupees mark last year.

While a Nasscom estimate a few months ago said there will be over 100 unicorns in India in five years time, the sudden brake in funding might just slow it. As such, the global maturing of the economy in the past year or so, the US-China trade war and the drop in consumption in India had led to a slow decline in the amount of funding—a CB Insight report last year said investments dropped by 42 per cent. Estimates during the early stage of the coronavirus outbreak last month said this could drop up to 20% this year. With its present 'pandemic' situation, that now seems too optimistic, with the drop likely to be much more severe.

“Many VCs were initially in a wait-and-watch mode in the initial days of the coronavirus breakout, waiting to see how things will pan out. But now, it is more or less certain that funding rounds will be on 'pause' mode, waiting to see how bad the economy scene is, and how long it is likely to last,” said an early-stage Indian VC who did not want to be named.

“In the new developing scenario post the virus outbreak many forecasters are now beginning to build in more than a 50 per cent shave-off of 2020 world growth, said Suyash Choudhary, Head of Fixed Income at IDFC AMC, adding, “The sequence of spread of the virus, and the consequent implementation of lock-down measures, will also dictate the timing of the worst economic impact on various geographies.”

While almost all discussions for early-stage funding, especially with Chinese investors, have come to a stop, particularly affected in the coming days would be startups that have already gotten one or more rounds of funding, but would now be starved of later-stage funding. These firms, who have already started operational, would have to look for dextrous measures to keep going even while keeping a lid on expenses. “At this stage, start-ups are hunkering down and focusing on maintaining liquidity to tide through this phase,” points out Malik and Poddar of FabAlley. Some analysts are not ruling job cuts, either.

“We are getting a lot of queries from promoters about...impact on closure,” admits Roma Priya, founder of Burgeon Law, a law firm that specialises in legalities involved in funding and related aspects. However, she feels that most promoters will eventually continue extending their portfolio if only to ensure that the startups they have already put their money in don't falter due to lack of further funds.

“Most promoters are looking at extending the runway of their current capital to ensure they get past the prevailing uncertainty in the investment space. There still remains a lot of potential in the Indian market,” she adds.