After retail, wholesale inflation surges to 2.59% in December

Onion inflation rises by a staggering 455% in December 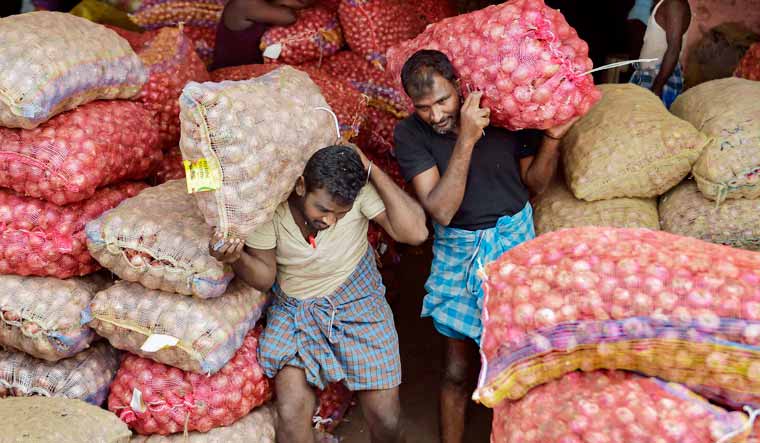 A day after government data showed that retail inflation touched a five-year high of 7.35 per cent, wholesale inflation, too, has seen a steep jump to 2.59 per cent in December on higher food prices. The wholesale price index-based inflation in November was at 0.58 per cent.

The annual inflation, based on monthly wholesale price index (WPI), was at 3.46 per cent during the same month a year ago (December 2018).

The rate of price rise for food articles rose to 13.12 per cent during December as against 11 per cent a month earlier, while for non-food articles it rose nearly four-fold to 7.72 per cent from 1.93 per cent in November, showed the data released by the Ministry of Commerce and Industry on Tuesday.

The consumer price index based retail inflation, as per data released on Monday, spiked to over a 5-year high of 7.35 per cent in December due to costlier food products.