Soaring vegetable prices push India’s retail inflation to over a 5-year high of 7.35% 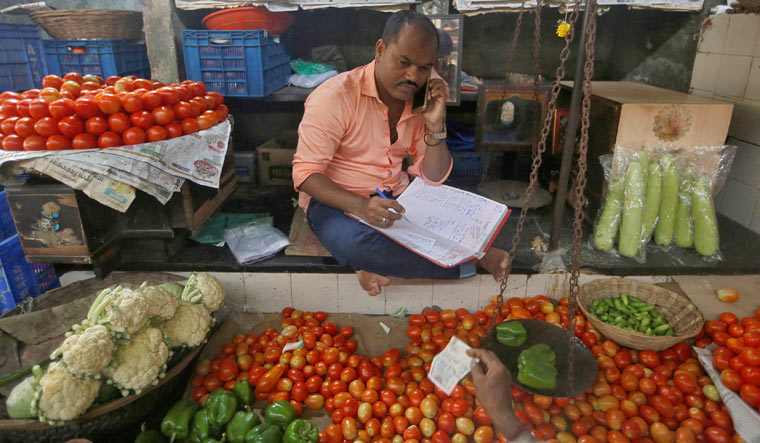 India’s consumer price index (CPI) inflation jumped to 7.35 per cent in December, largely driven by a sharp rise in vegetable prices, according to government data released on Monday. Retail inflation in November had stood at 5.54 per cent.

Core inflation came in at 3.7 per cent last month, on the back of a rise in telecom tariffs, but indicated weakness in overall demand conditions.

Even as food inflation may cool off in the next few months with the rabi crop hitting the markets, crude oil prices could put further upside pressure, given the geo-political tensions in the Persian Gulf, say economists.

The December inflation numbers were perhaps the highest in over five-and-a-half years, noted Madan Sabnavis, chief economist at CARE Ratings.

“This has been led by food inflation of 14.1 per cent with one single component, vegetables, rising by 60.5 per cent,” pointed Sabnavis.

“Cropping patterns during this year’s kharif pointed towards inflationary bias for items such as cereal and pulses. The uneven rainfall, on the other hand, negatively impacted seasonal vegetables,” said Karan Mehrishi, lead economist at Acuite Ratings and Research.

It may be noted that prices of onions, for instance, had touched Rs 150 a kilo in many markets across India last month, forcing India to import the widely used vegetable.

Joseph Thomas, head of research at Emkay Wealth Management, feels that fruit and vegetable prices may come down as these crops have short cultivation cycles. However, the rise in prices of pulses may stay on for longer, he added.

Nevertheless, the sharp spike in retail inflation may force Reserve Bank of India to keep its interest rates on hold once again when the monetary policy committee meets in February.

Between February and October 2019, the central bank reduced the benchmark Repo rate by 135 basis points in a bid to lift India’s economic growth, which slipped to 4.5 per cent in the July-September quarter.

However, RBI surprisingly held interest rates in December, with Governor Shaktikanta Das looking for the earlier interest rate cuts to play out.

Under the inflation targeting framework, RBI had set a medium-term target of inflation at 4 per cent, plus or minus 2 per cent. Even as Das said earlier that it was also necessary to revive growth, the spiraling inflation may force the MPC to hold rates. At the same time, the weak economy would mean that is in no position to raise rates to curb inflation either.

Finance Minister Nirmala Sitharaman will announce the annual Budget on February 1. Due to weak revenue collections and corporate tax cuts, it is likely that the government will miss its fiscal deficit target this year. That will also weigh on the direction RBI takes from here on.

“While the RBI may not hike the policy rates in the immediate future, it may not be able to cut the rates either. While the circumstances around likely fiscal slippages may have an adverse impact on interest rates, the inflation level would add to these worries in the immediate term,” said Thomas.

Nikhil Gupta, chief economist at Motilal Oswal Financial Services, sees headline inflation staying at around 7 per cent even if the vegetable prices were to decline 5 per cent month-on-month over the next two months.

“What worries us is that headline inflation is likely to stay above 5 per cent in calendar year 2020, which confirms that rate cuts are a thing of past now,” he said.

“Food inflation might subside in the coming months, but the pressure on crude oil prices due to geopolitical tensions is an area of concern,” said Mathew.