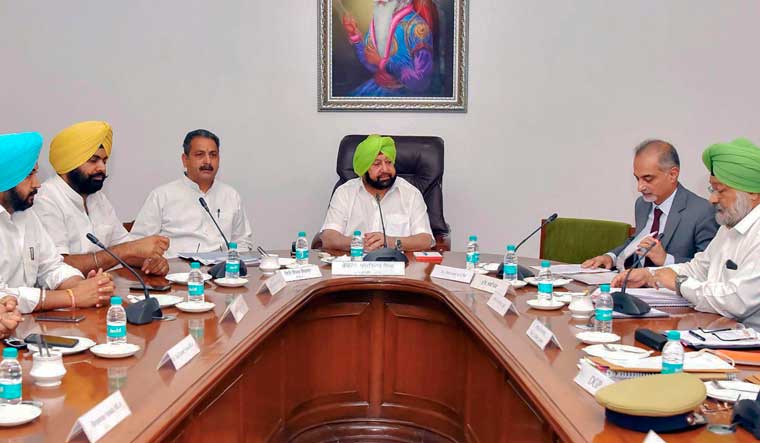 The Punjab Cabinet on Monday approved bringing in Punjab Right to Business Act 2019 with an aim to reduce the regulatory compliance burden for micro, small and medium enterprises (MSME).

"The government has decided to bring in the Punjab Right to Business Act 2019 and Punjab Right to Business Rules 2019 to reduce the regulatory compliance burden by waiving the requirement of certain approvals and inspections for establishment and operations for MSMEs in the state while introducing the provision of self-declaration," the state government said in a release.

Under the new Act, a state nodal agency under Director, Industries and Commerce will be set up to monitor and supervise the overall functioning of the district level nodal agency, to be headed by the Deputy Commissioners, the release said.

The Deputy Commissioners have been designated as the Chief Executive Officers of the District Bureaus of Enterprise, to be set up across the state, it said, adding that they would act as district level nodal agencies which would operate under the overall superintendence of the state government and the state nodal agency.

The district-level nodal agencies would assist MSME enterprises in maintaining a record of 'Declaration of Intent' received, and issue 'Certificate of In-principle Approval' to the new enterprises, being set up in approved industrial parks, it added.

For MSME units proposed outside approved industrial parks, the decision on issuance of 'Certificate of In-Principle Approval' would be taken by the district level nodal agency within a period of 15 working days, it said.

The Cabinet has given its nod to certain amendments as well as insertion of new section 106 B in the Factories Act, 1948, through the promulgation of an ordinance, the release said.

The ordinance will increase the threshold limit of the number of workers from 'ten' and 'twenty' to 'twenty' and 'forty', in factories with manufacturing processes being carried out with or without the aid of power, respectively.

This will help promote the establishment of small manufacturing units to create more employment opportunities for workers, it said.

Further, the existing sub-section(1) of section 105 is proposed to be amended to the effect that cognizance of any offence shall be taken by the court on a complaint made by an Inspector only after obtaining previous sanction in writing from the state government, it said.

Under the existing provisions of the Act, there is no provision for compounding of offences, resulting in a high number of prosecution cases.

For speedy disposal of offences and to minimize litigation, a new provision is proposed to be inserted for compounding of offences, it added.

The Cabinet also approved an amendment to Section 25K (1) to increase the minimum number of workers for applying the provisions relating to layoffs, retrenchment and closure to 300 from 100, while ensuring a minimum notice period of three months, the release said.

The Cabinet further approved amendments to the Contract Labour (Regulation & Abolition) Act, 1970 which will help give a fillip to employment generation in the state by enhancing the ambit of the Act from present threshold limit of 20 to 50 workers.