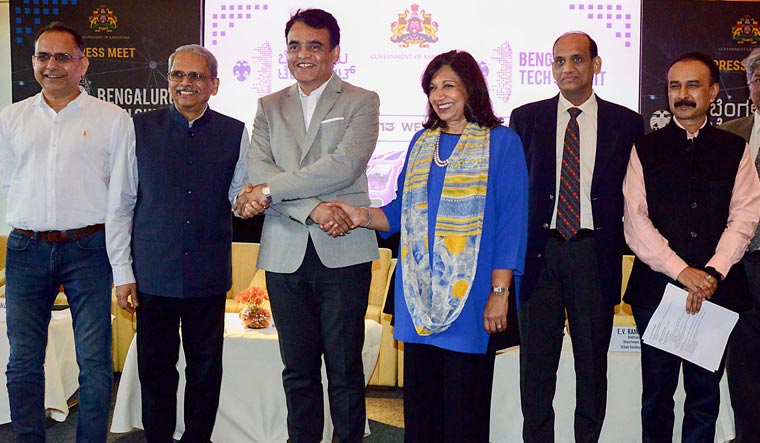 Bengaluru Tech Summit 2019 (BTS), touted as the largest technology summit in the Indian sub-continent, would be kick-started in Bengaluru, on Monday.

Organised by the Karnataka government, the summit is its flagship 22nd edition and a global stage for innovation and for using technology to give innovators scope to flourish, officials said.

The three-day summit would provide a platform for discussion to encourage disruptive technologies that include four-track sessions: Smart IT, Smart BIO, Global innovation Alliances and Impact.

Chief Minister B S Yediyurappa would be inaugurating the summit.

BTS would see over 250 exhibitors, 3,000 delegates, 200 speakers, 34 panel discussions, 12,000 visitors, deputy chief Minister and Minister for IT, BT and S&T C N Ashwath Narayan was quoted as saying in an official press release ahead of the summit.

Delegates from 20 countries are visiting and separate panel discussions for women entrepreneurs to highlight the role of women in tech space would be held, the release said.

Some of the highlights of the summit would include TCS IT Quiz, BT Quiz, Thought Leaders Conclave, STPI IT Export Awards, Smart Bio Awards and Bengaluru Impact Awards, organisers had said in a press release earlier.