However, India remains the most important diamond polishing and cutting destination 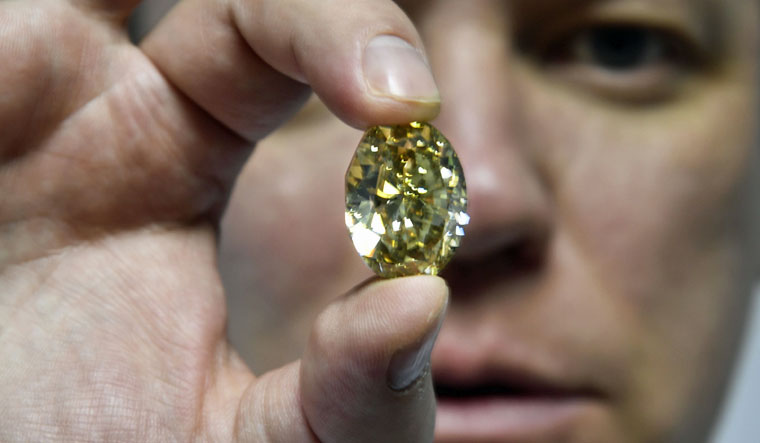 De Beers Group, headquartered in London, is the world’s leading diamond company and the world’s largest diamond producer by value. The company has mines in four countries—Botswana, Canada, Namibia and South Africa, and employs more than 20,000 people.

Stephen Lussier is the executive vice-president, Consumer and Brands, De Beers Group and a member of the group’s executive committee. Based in London, he is also the chairman of Forevermark, a retail brand of the group. He talks to THE WEEK about the global diamond market, the consumer buying patterns and challenges in the domestic and the global diamond retail market.

How large is the global retail market for diamonds and which countries are the leading diamond consumers in the world?

The global retail market for diamonds is around $80 billion and more than 50 per cent of that market is the US market, which is also the largest diamond consuming market in the world. This is followed by the Chinese market, which is around 15 per cent of the total diamond retail market. Followed by Europe, India, Japan and the Middle East. One interesting trend has been that most of this market is offline market where the consumers want to get a touch and feel of the diamonds before buying them. However, in the US, many people buy online and this is followed by China. In India, only a very minuscule percentage of people buy diamonds through online portals.

India and Belgium are famous for diamond cutting and polishing. What kind of role do these destinations play in the entire diamond industry's ecosystem?

India is the most important diamond polishing and cutting destination and around 95 per cent of the world's diamonds are cut and polished in Surat, before they are finally packaged to retail outlets across the globe. Belgium, too, is an important diamond cutting and polishing destination but only a limited number of diamonds are cut and polished here. We work very closely with the diamond cutting and polishing industry in India. It is a skill-based industry that is working through families and generations in Surat, and it requires years of acumen to master the skill.

Which are the largest diamond mining destinations in the world and what type of diamonds are more expensive?

The largest mining destination in the world is Botswana followed by South Africa, Namibia and even Canada. We keep searching for diamond mines across the world and very recently found diamonds near the Arctic circle in Canada where temperatures drop down to even less than minus 40 degrees. The price of a diamond is determined by its size, clarity, colour and beauty of the cut. Interestingly, each and every diamond is unique and has its own uniqueness. Around the world, blue and pink diamonds are more valuable. Recently, I witnessed the auction of a blue coloured 10 carat diamond that was sold in the US for $30 million. The diamond had been sourced from a mine in South Africa.

Has there been a change in the buying pattern for diamonds among consumers in India and across the globe? What are the challenges for diamond retail in the global and the Indian market?

One usually buys diamonds not with an idea of selling it but preserving it for years. It is not a depreciating asset and its value remains forever. In India, we have observed that there are many non wedding purchases—a passionate and emotional gift. Off late, the global retail diamond market has been affected by the trade wars between China and the US. Chinese retailers are not buying diamonds due to that. In India, post the Nirav Modi scam many banks were reluctant to give credit to many diamond retailers and that affected their confidence level. Plus, many changes post demonetisation and the introduction of GST also affected the diamond retail market in India. Off late we have seen that the demand strengthened during the first half of this year in India and we are hoping for a resurgence in the market in the near future as well.