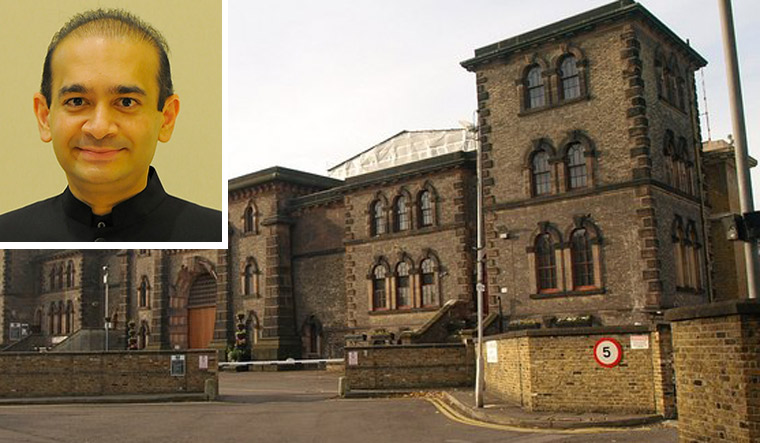 A UK court on Thursday extended fugitive diamond trader Nirav Modi's remand till July 25, the next date of hearing. The 48-year-old has been lodged at Wandsworth prison in south-west London since his arrest in March in connection with the nearly $2 billion Punjab National Bank (PNB) fraud and money laundering case.

Nirav Modi appeared before the London's Westminster Magistrate's court via video link. His defence team requested the extradition judge for a laptop so that Nirav Modi can review the Indian government's 5000-page case against him in prison. "The court will do all it can to facilitate his request to access documents relating to his case while he is in prison," the court assued.

Earlier this month, Nirav Modi's bail plea was rejected by the UK High Court for the fourth time. In her judgment handed down at the Royal Courts of Justice in London, Justice Ingrid Simler concluded there were substantial grounds to believe that Modi would fail to surrender as he does possess the means to abscond. Reiterating similar concerns as those previously raised by Westminster Magistrates' Court during earlier bail attempts, Judge Simler ruled that after considering all the material carefully, she had found strong evidence to suggest there had been interference with witnesses and destruction of evidence in the case and concluded it can still occur.

"The applicant has access to considerable financial resources, supported by an increased (bail bond security) offer of 2 million pounds, the judge noted.

Modi, who has remained in judicial custody since his arrest in March, had the automatic right to file an application in the higher court and did not require permission to appeal.

Meanwhile, four Swiss bank accounts of Nirav Modi and his sister have been "frozen" by authorities in Switzerland as part of the criminal money laundering probe being conducted against them in India. Official sources said the accounts, at present, have deposits totalling Rs 283.16 crore and they have been frozen on the request of the Enforcement Directorate (ED) after it informed Switzerland authorities that the money kept in them are "proceeds of crime" of a bank fraud perpetrated by the duo.