Steel quality remains a concern amid rise in consumption 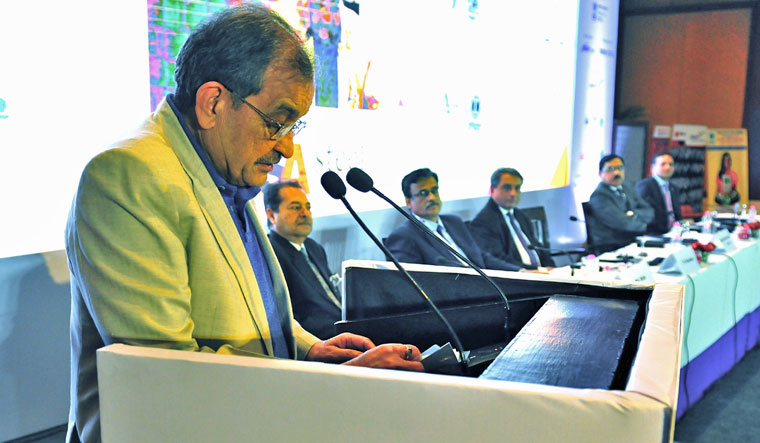 A recent forecast by the World Steel Association (WSA) has predicted that India would pip the United States as the second largest steel consumer in the world. About 102.3 million tonne steel is expected to be consumed in India in the next year, where there is a pressing need for infrastructure development.

Recent incidents of bridges collapsing, roads caving in and other such mishaps have only heightened the crying need for better infrastructure in the country. However, there is an utter mismatch with the growth registered in steel demand, mostly fuelled by domestic infrastructure projects.

"We are likely to remain the second largest steel consumer in the world for some time now," said Birender Singh, Union steel minister, on Thursday.

A recent study conducted by independent infrastructure thinktank, FIRST Construction Council, found that 18 out of 26 TMT bar brands in the country failed on quality parameters in sample tests.

The detailed study on reconstruction bars (or TMT bars), used as the base for any RCC construction, the research report is a resounding warning. While testing TMT bars of eight large primary steel producers and 24 secondary steel producers, the study concluded that the increased level of sulphur and phosphorous used in these materials could render the bars to become brittle.

A lot rests on a TMT bar and any brittle link could cause a disaster. Almost one-third of the steel consumption in the country is of TMT bars, comprising a market of Rs 12,000 crore annually.

This market is dominated by the secondary steel manufacturers (55 per cent), who produce steel from scrap steel and without following proper smelting process, the study said.

However, the TMT bars produced by eight primary steelmakers passed the FCC-devised stress tests with flying colours. "This explains that primary steel producers, who produce steel using iron ore, have a more consistent quality and are more reliable," said the FCC study, which many in the industry claimed to be favouring the eight big steel brands like SAIL, RINL, Tata Steel, Jindal Steel, JSW, and Electrotherm among others, whose products are more expensive.

A cost-benefit analysis on the use of secondary steelmakers' TMT bars over primary ones revealed that the cost of an infrastructure project could be lowered by up to 40 per cent, simply with the use of cheaper TMT bars alone.

"It matters the most when contractors compete to offer the lowest cost in executing government project tenders," said Pratap Padode, president, FCC, whose researchers conducted the study.

Reacting to the findings of the research study, Union Minister Birender Singh on Thursday asked steelmakers to adhere to quality. "I would request you all to self-impose quality and benchmarks, as we look to a growing domestic market for steel," Singh said addressing the Indian Steel Conclave here.

The minister said that more than Rs 38,000 crore of business deals were inked at the recently concluded Capital Goods Conclave. "Going forward, I think quality and innovation, and not just technology upgrades, should be our benchmarks," he said.

Speaking to THE WEEK on the sidelines of the conclave, Singh said that the low quality of TMT bars was of grave concern. "Secondary steelmakers should, especially, have strong monitoring of quality control of their steel in place," the union minister said.

Weak and weathered TMT bars have been found responsible for a number of accidents. Unless the Union ministry takes concrete steps to reign in all secondary steelmakers, not much could be done to better the situation. So far, secondary steel producers do not face the rigour of any quality control agency.