OPINION: Shouldn't we create a culture where compliance becomes habit? 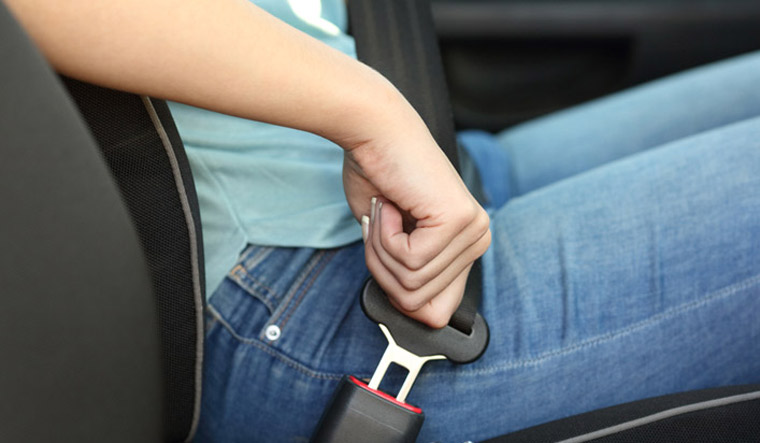 The death of former Tata Sons chairman Cyrus Mistry in a road accident has thrown the spotlight on the usage of seat belts and airbags in automobiles. There have been advertisements by actors like Akshay Kumar advocating six airbags in a vehicle, and articles saying that additional airbags cost only Rs 6,000 and, hence, will cause a monthly EMI increase of only Rs 120, and so on.

I used to work for a large conglomerate till about a year ago. Our car travel agents were informed that their drivers should be instructed not to start the vehicle unless the passengers, including the ones in the rear, had not put the seat belts. It became a habit for most of us. But, if an employee does not wear his or her seat belt, could the driver do anything really?

Our division was a small client of the travel agent contributing to less than 5 per cent of his passengers. Many of his other clients were multinational companies and large corporates in Pune and some in Mumbai. So, the drivers and vehicles which were used by us were also used by other companies. What I had observed was that the rear seat belt used to be very tight and not sufficiently flexible to use properly. Since the drivers were a familiar set of people, I used to ask them the reasons why are they so tight; the response in almost all cases was that apart from our division, all other clients never or rarely used the seat belts while being seated in the rear. While I had no means to check the validity of the statement, I am assuming that this was the case as many drivers said the same thing and on multiple occasions and in multiple vehicles. The travel agent’s big chunk of business was from transporting the employees of many MNCs to and from Mumbai International Airport and Pune. A large number of international arrivals and departures from Mumbai are at night, and so, more trips at night and on the Mumbai Pune Expressway. The largest number of accidents on the Expressway happen at night. Do these companies not have a safety policy? Obviously yes, but why was this policy not 100 per cent implemented? Many of the passengers in these cars are foreigners, who I am sure would follow the rules in their own country on seat belts.

I no longer work for the conglomerate and now travel from Mumbai to Pune in an Uber or an Ola or a car provided by a client. I try to use the seat belt while sitting in the rear seat, but most often, especially while travelling in a sedan, the rear seat belts are non-functional. The female socket of the seat belt is not visible. The standard answer from the drivers is that no one uses it. If asked to get the socket out for use, they struggle as due to non-use it is not reachable. The seats would have to be removed to make the seat belts functional again. So, more often than not, I try and if not possible, give up wearing the seat belt while seated in the rear.

There is a speed governor (there are workarounds employed by some to skirt around this) on most commercial vehicles which limit their speeds to 80kmph, but there are no speed limits for private vehicles, and on Mumbai Pune Expressway, most private cars travel at over 120kmph. Some years ago, the highway police had started tracking the time between two toll booths for a vehicle and fine it if it has come faster that the limits set. But, in the last few years, I do not see this happening regularly at least. When the fine was slightly rigorous, many car owners would check their watch and then to avoid the fine, stop at the food court just before the toll post, for a toilet or tea break and arrive at the toll post within the limits.

On Mumbai’s JJ Flyover, there is a camera installed at a point which captures the speed of a vehicle crossing it and if it is over the designated speed on the flyover at specific point, sends a notice to the vehicle owners with details. Those who are unaware of the camera, have got an instant fine notice on their mobiles. But what do the regulars do? They know exactly where the camera is installed and hence few metres before the camera, they slow down to the prescribed limit and as soon as they cross the camera, the accelerator is back on! Once I was travelling with a senior executive in his chauffeur-driven Mercedes and the driver slowed down before the camera and then sped up. The driver was not questioned by the senior executive; it was “normal” and okay to do so probably.

There are laws and the government is making efforts to ensure compliance to the same, but there are workarounds that we are used to. We can call it jugaad, but who does it help and who is the loser? Will the same set of foreigners and Indians not comply when they drive in Singapore or the US or several other countries?

Some years ago, I was travelling with a colleague of mine, his wife and their 2-year-old daughter in the hired car from Mumbai to Pune. Before we had started our journey, at a meeting in the office, he had asked how do we differentiate between compliance and culture for a survey he was designing for a company. I did not have answer then. We got into the car and I sat in the front seat next to the driver. He had his daughter seated first before he and his wife got in. Even before he or his wife had sat, his daughter told him to put her seat belt. It was rather unusual for a 2-year-old to say so. I immediately told my colleague that compliance would be when the father or mother would put the seat belt around the child and culture would be when the child asks for the rear seat belt on her own.

Should we Indians wait for compliance to be enforced or create a culture where compliance becomes a habit?

While there is a lot of debate over six airbags, we need to remember the car in which Mistry was travelling had seven airbags probably. As per NHSTA, a US government agency, buckling up is the single most effective thing you can do to protect yourself in a crash and air bags are designed to work with seat belts, not replace them.