Some chefs have replaced salt with Kikkoman soy sauce 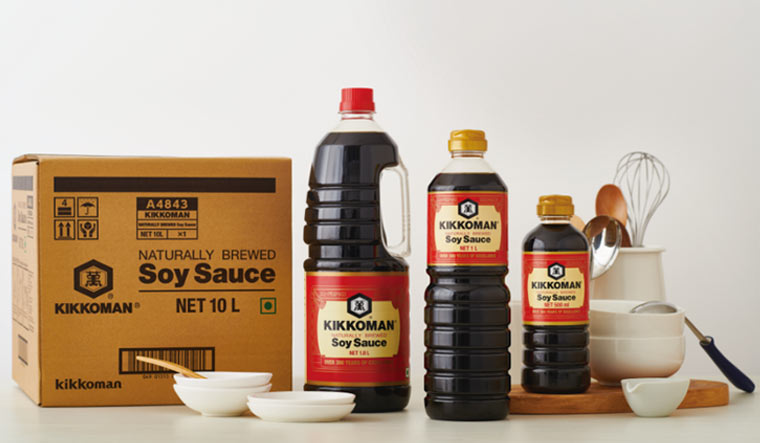 If you ask Quora about soy sauce, users will tell you it's bad for your health. Perhaps because we are used to generic versions of the popular condiment, often comprising a cocktail of food colours, corn syrup, MSG and other preservatives. But the real deal is as layered as fermenting of wine in a brewery. It's a slow burn fermentation of soybean and wheat with nothing more than water and salt.

Last month, the world’s largest producer of soy sauce, a Japanese brand called Kikkoman with a presence in over 100 countries, formally entered India to expand the palate of soy sauce pairing beyond Asian dishes. With a legacy going back 350 years, Kikkoman has over 300 aroma variations and has been a secret ingredient for chefs around the globe. Their lime and chilli ponzu is a gourmand's delight. The sauce's versatile flavour profile has been used from cupcakes to jalebis and bhajiyas.

A famous Japanese designer took three years and fiddled with around 100 prototypes to come up with the iconic teardrop-shaped glass bottle of Kikkoman soy sauce in the 1950s. A standard Kikkoman bottle in India is expected to cost around Rs 250.

Chef Vicky Ratnani tells THE WEEK how we can transform some of our favourite Indian dishes with a dash of Kikkoman. 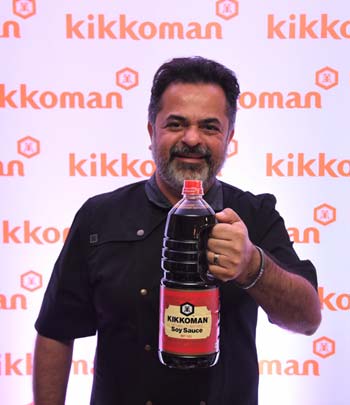 Kikkoman is over 100 years old as a brand. What makes it so special in the history of Asian food? Who are some of its most famous advocates?

For decades, Kikkoman has been making one of the world’s most preferred soy sauces, bringing exceptional food experiences to people through its authentic and naturally brewed soy sauce. The production of Kikkoman soy sauce goes through a fermentation process that lasts several months, a process that cannot be rushed. It is pure, natural, and composed of only four ingredients—soybeans, wheat, water and salt—and is brewed using the Honjozo method. This is what lends the product its well-known elements—the rich yet mellow flavour, an appetizing aroma, and the distinctive bright reddish-brown colour.

I have personally preferred Kikkoman soy sauce compared to any other soy sauce in the world, for these very reasons. The fact that it is still brewed using traditional methods, and to this day, does not include any chemical additives is why it has been used for decades and has become a staple in many households, not just in Asia but across the globe. I have been an advocate for the brand for over a decade now and I know many chefs across the globe that use only Kikkoman soy sauce. In fact, some have even replaced the use of salt in their cooking with Kikkoman soy sauce.

One name that pops in my head right away is the popular Iron Chef of the Japanese programme, Chef Chin Kenichi, who uses Kikkoman soy sauce in his restaurant Shisen Hanten in Japan.

When did you first discover this soy sauce and how have you adapted it in your cooking since then?

How would you compare Kikkoman with other international soy sauces like Yamaroku and Lee Kum Kee? Is there a great deal of competition globally between China and Japan for the top spot when it comes to soy sauce?

Kikkoman stands out given the brand’s legacy and the unique ‘Honjozo’ brewing process. With a history of over 100 years, Kikkoman has 300 aroma components and is the most versatile soy sauce that works well with all kinds of cuisines. Much like fine wine—it’s a process that is not rushed and gives the product its aroma and robust flavour. I haven’t found the same flavour profile, depth and versatility in any other soy sauce. The fact that Kikkoman has an illustrious legacy and has distinct product attributes, is exactly why the company is a legend all over the world.

Is Kikkoman suited to the Indian palate? What are the Indian dishes you have transformed with a dash of Kikkoman?

Kikkoman can be used in any dish, be it vegetable, meat or fish. I’ve been using it for salad dressings, marinades and to glaze food too, be it Indian or any other cuisine. I use Kikkoman soy sauce for quite a few Indian fusion dishes, as well as Western dishes like roast chicken. Desserts and pakoras or bhajiyas are my personal favourites that have been transformed with the addition of Kikkoman soy sauce. Adding it to jalebis, for example, helps add a whole new layer to the original flavour profile. With Kanda Bhajiya or Pyaaz Pakora, adding Kikkoman soy sauce gives the dish more depth and also makes them crispier.