Vikas Babu C., a track maintainer with Southern Railways, put up the post on Aug 11 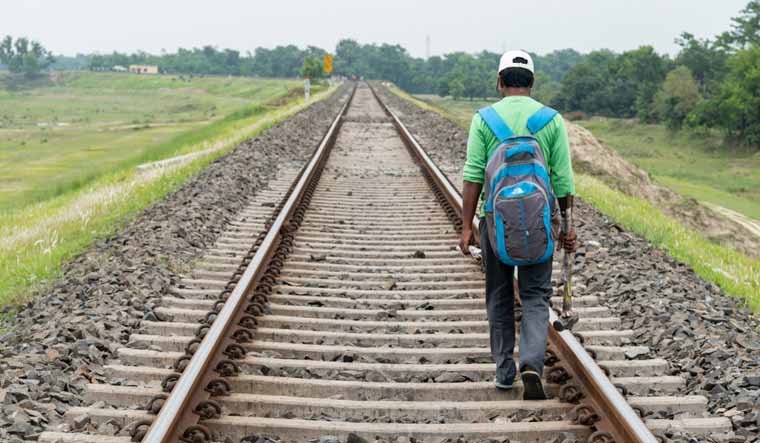 On August 11, Vikas Babu C., a track maintainer with the Southern Railways, put up a post on social media about the life of a railway night patrolman during the floods. Spelling out the challenges of his profession in exquisite prose, Babu clarifies that the note was not born out of jealousy for the Army and police being praised for their relief work. He just wanted to highlight the lonely and dangerous work done by his brothers. “Most people do not even know that we exist. We mostly make it to the news only through obituary columns,” he writes, nonchalantly.

Read his full note, translated from the original post which was in Malayalam:

“Night after wet night, a few solitary men have been patrolling the lonely rail tracks and the windswept bridges, the dark platforms and the wet, crumbling bluffs to ensure that you travel safely.

No, this note was not born out of jealousy for the praise that the police, the Army and the electricity department has been receiving for their relief work during the floods. Because most people do not even know that we exist. We mostly make it to the news only through obituary columns.

We are the men from the engineering wing of the Indian Railways. By night and by day, we guard the steel rails, the straight lines that have criss-crossed your lives so many times. We are there as the vigilant night patrolman, as the watchful gateman, as the rugged gang-man, as the alert key-man…. We guard your journey from end to end, just that we have different names, faces and roles.

Of all these avatars, I am writing today about the lone ranger of the tracks—the night patrolman. On monsoon nights, when the train thundered through the downpour and you sat looking outside, have you ever heard a fluting whistle rising from the inky darkness? Know this, for it is me—the night patrolman—calling out: ‘It is safe. It is safe. Pass without fear.’

We often trek 20km through the span of a single night, inspecting the raging waters under bridges, peering up at crumbling embankments and wondering if any of those towering trees groaning in the wind will crash across the tracks. My brothers often walk stretches through elephant and tiger country. Surprised? Don’t be. All in a day’s work.

Our feet get a break only once every five kilometres. Our shoulders, too, grow weary from the straps of the heavy rucksack cutting into them. Detonators, tricolour torch, gang board… the bag is so heavy that rookies shrink at the thought of adding a water bottle. But, over time, the burden, water bottle and all, becomes habit.

Halfway into the shift, an unwelcome friend tries to get close—sleep! Still, we shoo that friend away and stay awake by the steel highway to ensure that you reach your destination rested and safe. The monsoon downpour quite often forces itself through the umbrella and the raincoat, and then we dream of home, a warm bed and blanket. If the line above is electrified, quite often a buzz climbs down through the ribs of the umbrella and touches the skin on the neck, leaving a stinging sensation quite like that of a tree-ant bite.

Late into the shift, the torch grows fitful and sleepy. And, that is when other dangers reveal themselves. I used to be petrified by the sight of pythons crawling out for a midnight meal. Now, I just give them a wide berth and walk on. Habit, like I said. But, one cannot ignore the python’s venomous brethren so casually. The golden-scaled guy I saw the other night was as long as I am tall.

But, I cannot even dive deeper into my thoughts, can I? Because, if I do, I will not realise that the low moon on the horizon is the night mail rumbling closer every second. Like Rudra’s third eye, a beam of light boring through the darkness. Quite often, when the train’s whistle is blown away by the wind, that light is my friend. In the last fortnight, I lost two friends who were on key-man duty. 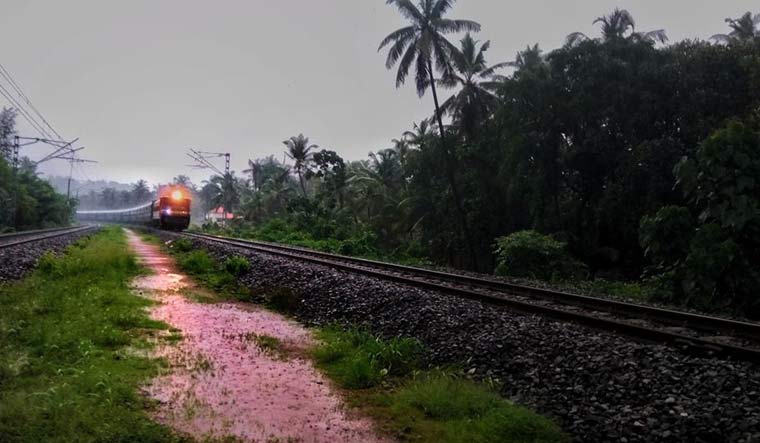 Not so long ago, I remember a friend trying to press himself into a wall as a train whistled past. Still, something hooked on to his clothes and jerked him away from the wall. He survived with injuries. The rule book says that I must stay clear of the tracks while signalling; standing on the other adjacent track is also forbidden. What if a second train comes that way and I do not hear it amidst the roar of the first?

No one knows that we exist, and hence, no one writes about us. Still, no complaints. There is much more to add to my story, but it is time I left to walk the rails. There are trains waiting for me, you see.

Travel safe, for we are here. And, listen.

Listen for the lonely whistle in the dead of night.”