'People's verdict' on homosexuality moved us: IITians who fought against section 377 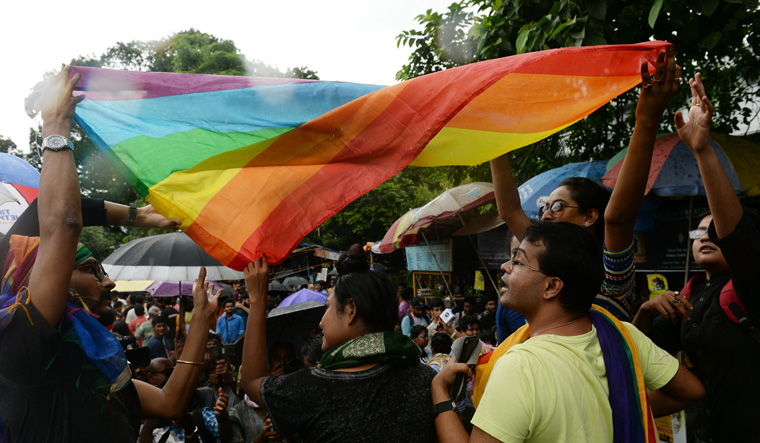 Tanveen Kaur Randhawa was in her laboratory at the Indian Institute of Science in Bengaluru when the Supreme Court pronounced its judgement striking down article 377, the colonial-era law that banned consensual gay sex.

"I was overwhelmed, emotional, jubilant. It was a mix of emotions," Randhawa, an alumnus of IIT-Roorkee, said.

She was one of the petitioners who fought tooth and nail against the law in the apex court. "The decision will give the community visibility and confidence," she told PTI over phone from Bengaluru.

"For me," she said, "The judgement is empowering. It would give us the courage to come out and acknowledge our sexuality."

However, the 25-year-old PhD student at the IISc-Bangalore acknowledged that achieving wider social acceptance to same sex relations is still "a very big challenge".

"There is a need now to sensitise people, especially from rural parts of the country who still view homosexuality as a taboo and crime," Randhawa said.

Another petitioner, Viral, an IT engineer from Ahmedabad, said the judgement was a "people's verdict".

"What matters the most to me is the acceptance we got, the kind of response from the public we got. The judgement was welcomed and celebrated not only by celebrities or activists but also by the common man," the 28-year-old alumnus from IIT Kharagpur said.

"Hearing the judgement gave me goosebumps. For the first time, I felt I am a part of this society," Viral said.

Another petitioner, Debottam Saha, a student of IIT-Delhi, said he feels "my country has grown up".

"I am no longer ashamed of who I am. I am not a criminal anymore and that feeling is liberating," the 28-year-old PhD student at IIT-Delhi said.

A group of 20 students and alumni of the Indian Institutes of Technology had filed a petition in the Supreme Court against Section 377 of the Indian Penal Code, which criminalised homosexuality.

The petitioners are all members of the Lesbian, Gay, Bisexual and Transgender community, and represent Pravriti an informal network of more than 350 LGBT alumni, students and faculty from across India's 12 IITs.

The Supreme Court, in its landmark judgement, on Thursday unanimously struck down part of the section 377 of the Indian Penal Code (IPC) which criminalised gay sex, saying that it violated the constitutional right to equality and dignity.

Section 377 declared "carnal intercourse against the order of nature" punishable by imprisonment for life.

The judgement was widely welcomed by most sections of the society especially the youth who called it a victory of love.

Romel Baral, an alumnus of IIT Guwahati working as a senior analyst at Goldman Sachs, said the next step is acceptance. "We have been granted a fundamental right that we deserved," the 25-year-old petitioner said.

For Balachandran Ramaiah, another petitioner who is an alumnus of IIT Delhi and IIM Calcutta, there are two-three issues that still remain unaddressed.

The social attitude and mindset still need to change considerably so that the LGBT community could come out of the closet. There is also a need to deal with stereotypical opinion about the community, the 55-year-old investment banker said.

"We would want a long-term serious commitment between same-sex couples legalised, like in European countries," he said. "But for same sex marriages, we fear there would be very fierce opposition by the fringe groups.

"Whenever we tested the waters, we found the opposition very strong."