ASHA workers are nodal points for this project 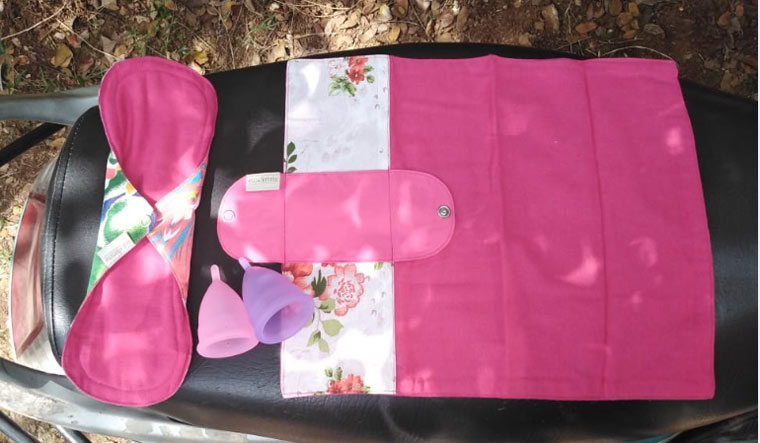 Officially launched on December 27, the project is an initiative to curb the menace of menstrual waste disposal by replacing synthetic sanitary napkins with sustainable options like cloth pads and menstrual cups. “Currently, on a pilot basis, we have selected 3 wards out of the panchayat’s 16 wards for distributing cloth pads and cups. Awareness classes at gramasabhas and workplaces including coir factories are being conducted on a regular basis to educate women on this matter,” panchayat president J. Jayalal told THE WEEK.

With ASHA (Accredited Social Health Activist) workers as the nodal points for the project, Muhamma’s quest for change is slowly gathering pace. Right from visiting every household for taking orders for cups and pads to spreading awareness about these sustainable menstrual products, ASHAs are indeed instrumental in this project. “Women in Muhamma have embraced this change very positively, even though there is an anxiety over switching to menstrual cups. But gradually, it will change, said Baby, an ASHA Worker. 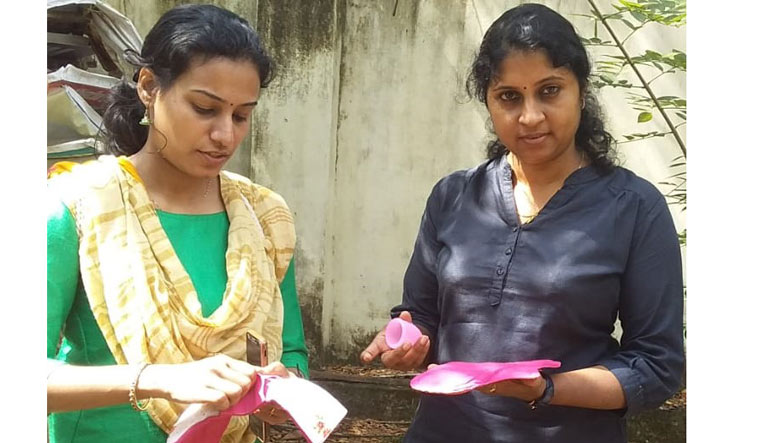 The idea was born from lessons learnt after a canal rejuvenation which the panchayat carried out along with ATREE (Ashoka Trust for Research in Ecology and Environment), a non-profit organisation based in Bengaluru. Massive amounts of sanitary pads and diapers were found to be the major contaminants of canals. “A survey conducted in the wake of canal rejuvenation revealed that an estimate of 1 lakh sanitary pads are used per month in Muhamma. Initially, though there were plans to team up with Indian Medical Association’s waste disposal project, it was not fully beneficial. Thus, we switched to the idea of cloth pads and menstrual cups,” said Jayalal.

Reema Anand, Program Officer of ATREE said that being a rural area, synthetic sanitary pad usage is comparatively low in Muhamma. “Almost 25 per cent of the women of menstrual age, especially homemakers, use cloth during menstruation. Thus, switching over to cloth pads is relatively easier for them. In reality, beyond a habit or product switchover, what we intend through this project is a platform where women can openly talk about their menstrual issues and can gain awareness on matters of personal hygiene,” she said.

Concerted efforts are being made to encourage women to completely switch from synthetic pads and it may not be totally off the mark to say that it has reaped success. “Since the day I started using menstrual cups, it has become extremely comfortable. It became such that I even forgot I was on my period,” said Maya, a homemaker in Muhamma.

However, there are apprehensions. The inhibition towards menstrual cups and the usage of cloth pads during rainy season remain the prime concerns of many women. Nevertheless, when a user herself shares her experience to her neighbour or friend, it becomes a merit for this initiative. Thus, through awareness programmes and testimonials, the waves of apprehension are slowly being dismantled, added Reema.

“Cloth pads and menstrual cups are economically viable and if maintained hygienically, they can be used up to a period of 3-5 years,” said Dr. C Jayanthi, medical officer, Muhamma Community Health Centre.

The project, funded by ISRO's commercial arm Antrix, provides cloth pads and menstrual cups at a subsidised rate. In the near future, plans to manufacture cloth pads in the panchayat through ATREE’s social innovation lab are also being discussed.