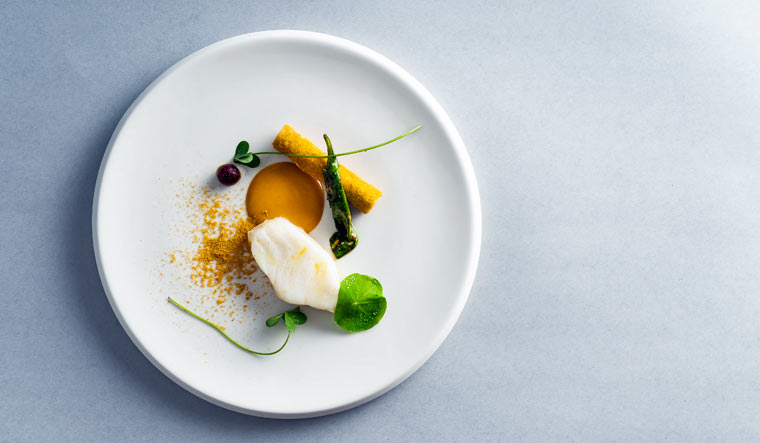 Three things immediately stand out in the Delhi address of the original San Francisco fine-dining restaurant Rooh: a cheery, spacious open kitchen which has sliding glass doors— abstract art and a faux deer head; a dramatic chandelier dropping down like a bundle of flaming gooseberries; and head chef Priyam Chatterjee whose culinary prowess is as inventive as his taste in electronic music.

Chatterjee almost joined the army once. He could have been a musician. But a life-altering break-up led him to become a chef who was recently felicitated by the French government for his experiments in the kitchen. Chatterjee's trippy playlist, paired with a 13-course tasting menu of modern Indian dishes, seasoned with his easy banter is a heady mix at Rooh which means the spirit or soul in Urdu. Located in the stunning precincts of Mehrauli village overlooking the Qutub Minar, Rooh is owned by chef and restaurateur Sujan Sarkar who will soon launch the Chicago outpost of the San Francisco restaurant. Sarkar created quite a buzz last year when he gave Delhi a slice of his New York-based Indian gastropub Baar Baar as a pop-up in Khan Market. Both Baar Baar and Rooh seek to push the envelope in progressive Indian cuisine, a highly competitive and often dismissed genre of food in its country of origin. 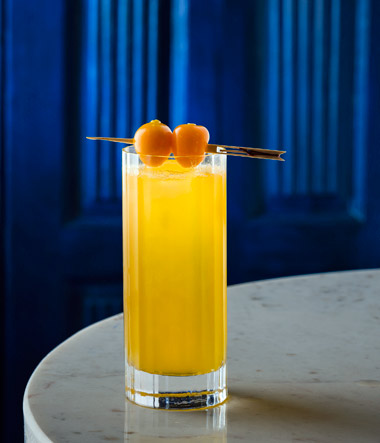 But Rooh derives its menu from consummate, battle-scarred chefs who have consistently tested, discarded and often kickstarted trends in the modern Indian repertoire. At Rooh, there are plenty of delectable plot twists in the mains, especially in the vegetarian courses. The Mushroom Vindaloo is itself a bit of an oxymoron since the tounge-searing Vindaloo hasn't really joined hands with nicely grated mushroom, and then couched in a donut where it essentially translates into an Indian-style savoury donut; Sweet Corn Liquid Bhurji is an innovative take on the humdrum egg bhurji, with a texture that is more subtle and fluffy. The eggy-ness of the liquefied sweet-corn is joined in by Maharashtrian-style thetcha maslaa and a crunchy, buttery pao. In a zero-waste sea bass dish, every part of the fish is used into paying tribute to the famous  Alleppey curry where the bone is crushed into a beautiful powder in the manner of podi masala, with a cannelloni made of shorshe chingri.

But each of these dishes hit the right note when twinned with appropriate liquor. This is one of the stand-out features of the tasting menu at Rooh: its extensive wine library thoughtfully curated by Magandeep Singh, one of India's finest sommeliers. Hence the rose-shaped Melon served in a pool of Rasam with seabuckthorn and tender coconut is paired with Italian wine  a la tombacco pecorino terre di chieti, or the Cheese. Sixty Five with podi, rice hollandaise (mashed curd rice) and ragi is accompanied with honjozo sake from Japan called Enter Sake Black Dot. And how can Indian liquor brands be overlooked? An interpretative shammi kebab called Kappa Shami with parmesan biscuit, strawberry and sour apple is served alongside a new craft beer trending in the market called Kati Patang ruby ale.

Rooh does a pretty neat job of making sure you remember your last meal there; the dessert does not disappoint. Remember those homemade besan ladoos? In Besan Barfi Opera, you get a neat rectangular slice of this densely packed barfi topped with valrhona chocolate from France and orange murabba. The tail end of the dessert course is further topped with tiny sweet nothings like mysore paak toffee and blackberry kala khatta.