Now, a smartphone app for semen analysis and fertility test 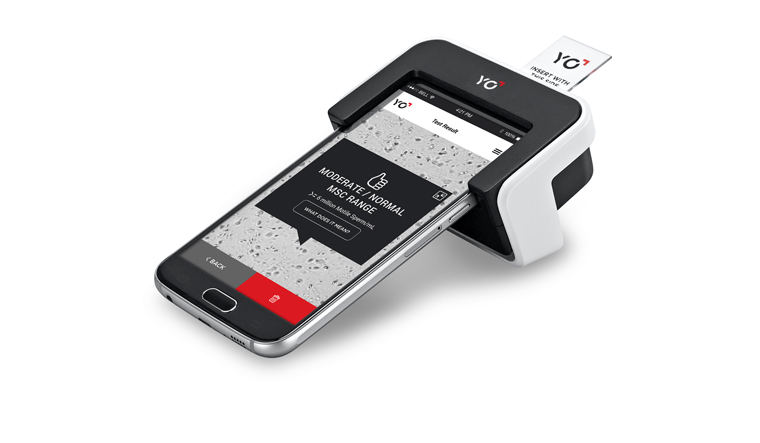 YO sperm analysis kit in action

Do-it-yourself medical tests are becoming increasingly popular in India. Now, one can even do a sperm test from the comfort of his home. YO, an FDA-approved smartphone-based sperm testing device launched in India is expected to be a real game-changer.

YO sperm test allows a man to find out whether he is fertile or not, in a matter of a few minutes. This is made possible by analysing the sperm motility, the most important factor that determines a man's fertility. The devices currently available in the Indian market can test sperm count only.

Dr Vasan S.S, an andrologist based in Bengaluru, terms YO as a “phenomenal test”. Semen analysis is a complex test which involves checking several parametres, he says. “It looks at sperm count, the number of moving sperms and also its shape. Among these, the most critical parametre for a natural conception is the movement of the sperm. If the movement of sperms is normal, the count will be normal. Even if count is low, pregnancy will still happen. And there is a 99 per cent correlation between movement and shape of the sperm,'' says Vasan. “If the YO results are normal, it means you don't have a fertility problem,” he added.

YO is an easy-to-do test. Once you buy the kit, download the YO Home Sperm Test App from Google Play or the App Store. Now you are all set to do the test. All you have to do is drop your sample on a slide that is connected to YO. The device will record a video of the sperm movement. The smart phone functions like a microscope and the app allows the user to watch his “swimmers in action”.

Medical Electronics Systems (MES) , an Israel-based company that has developed YO has included a trivia quiz too in the test. ''The sample has to liquefy (become runny) before testing and this takes 10 minutes. During that time the user can learn fun facts about the sperm,'' says Marcia Deutsch, CEO, Medical Electronic Systems / Global Mobile Solutions, Israel.

The app will give the user a detailed report at the end of the test. An increased concentration of moving sperms is a sure shot sign of fertility.

YO which was launched in the US last year is now available on Amazon India at Rs 1990.