Ravinder Singh: The author with a human touch

For his readers, it is more than just a book. It is a relationship 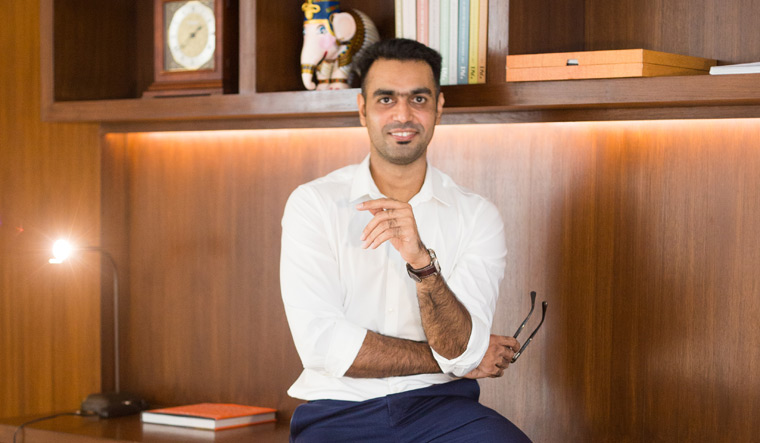 Every weekend Ravinder Singh heads out to meet his readers. The best-selling author's readers—valued by publishers for their sheer numbers—are like hothouse flowers and in need of the personal touch. Best known for I Too Had A Love Story, Singh is ready with his new book Will You Still Love Me?—the eighth in his decade-long career.

Singh's readers are scattered across India, not necessarily in the larger-than-life metros but in smaller towns. For them it is more than just a book. It is a relationship.

“I am as eager to meet my readers as they are [eager to meet me],'' says Singh over the phone. “It is the same breathless excitement they have in meeting me as I have.” His enthusiasm probably isn't forced. It is essential to his job. To be successful as a writer, Singh quit his Microsoft job and became a full-time writer—in the same vein as Chetan Bhagat.

It is more than just a story. In his case, romance or, as Singh describes it, “sugar coat plot in romance” talks about “issues that are close to him”. His newest book isn't any different. It aims to create awareness about road safety. Singh lost his fiancee Khushi in a road accident. The loss spurred him to write I Too Had A Love Story. A few years ago, his father lost his leg in an accident. “It doesn't take much to be humane on the road,” he says. “It could happen to you. More people die on the road than to terrorism. We lose 1.5 lakh people due to road accidents.”

This message to young India has been wrapped up in romance. “It is what my readers want,'' he says. And the book now has to be marketed to be sold. There isn't any squeamishness when he refers to the book as a product. “It is a product,'' he says. “The moment you put an MRP on it, it becomes one.”

In an age where book launches are winding down, the costs don't really help sell copies. Singh plans and brings in over 200 people to his launches. And copies do sell. There is also branding, product placement and marketing strategies—all decisions Singh is deeply involved in. It is a factor that decides whether he will even move to a publishing house. “If a publishing house tells me that they can do something exclusive for me and I am blown by the idea, I will say let's talk,” he says.

Singh and his success represent a growing trend in publishing. Bhagat, of course, discovered it—the mythical mass market book. But it is Singh's generation that has taken it further. To create a space for books that are treated as products minus the associated and usual squeamishness. There are separate marketing teams. Even editors. The kind that ignore grammar and concentrate on only the story. "These people are exclusively for commercial fiction. Not editors who handle literary fiction. I used to tell them, I am a storyteller,” he says.

The numbers do matter.