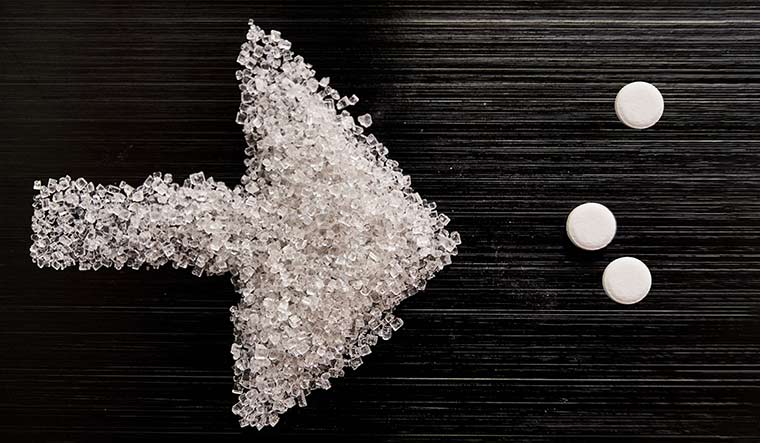 ACCORDING TO A FRENCH study published in the BMJ, artificial sweeteners may increase your risk of cardiovascular diseases, including heart attack and stroke.

Artificial sweeteners are widely used in foods and drinks as a low calorie alternative to sugar.

Consumption of artificial sweeteners or artificially sweetened beverages has already been linked to weight gain, high blood pressure, and inflammation.

To examine the role of artificial sweeteners in the risk of cardiovascular diseases, the researchers used data for 103,388 participants, average age 42 years.

Artificial sweeteners such as aspartame, acesulfame potassium, and sucralose from all dietary sources including beverages, tabletop sweeteners and dairy products were included in the analysis.

About 40 per cent of the participants consumed artificial sweeteners regularly.

Artificial sweetener intake was associated with an increased risk of cardiovascular diseases, specifically cerebrovascular diseases. As also conditions such as stroke which affect the blood flow to the brain.

While aspartame intake increased the risk of cerebrovascular events, acesulfame potassium and sucralose were associated with increased coronary heart disease.

“The findings indicate that these food additives, consumed daily by millions of people and present in thousands of foods and beverages, should not be considered a healthy and safe alternative to sugar,”the study concluded. 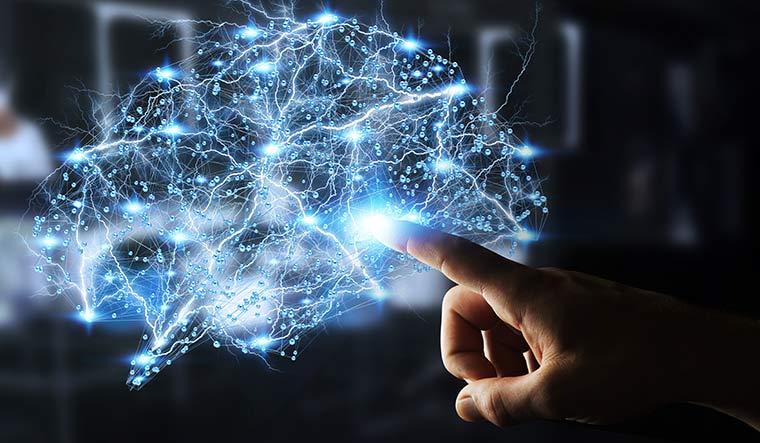 A NON-INVASIVE electrical brain stimulation can improve both short-term and long-term memory in older adults for at least one month, according to a study published in Nature Neuroscience.

The study included 150 adults aged 65 to 88 who did not have a diagnosis of Alzheimer’s.

During 20 minute sessions on four consecutive days, the participants were asked to recall five lists of 20 words while low dose electrical signals were delivered through electrodes in a wearable cap that was hooked up to a brain stimulation device.

Participants who received the brain stimulation recalled more words with each passing day and did about 50 per cent better on memory tests compared to the placebo group who did not receive the treatment.

People who scored worse at the beginning of the study showed the greatest improvement from the brain stimulation.

The benefits remained a month later. More research is needed to determine if these gains last longer, the researchers said.

“Our findings demonstrate that the plasticity of the ageing brain can be selectively and sustainably altered using these two treatments,”the study author said.

Is there a correct way to take a pill? 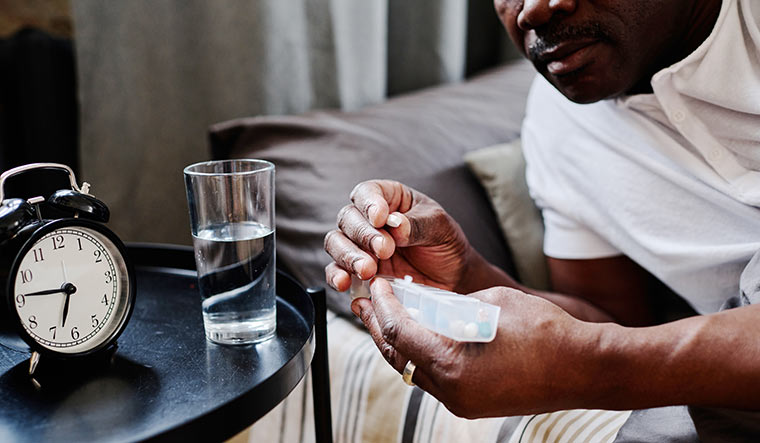 ACCORDING TO A STUDY published in the journal Physics of Fluids, pills taken while lying on your right side are broken down and absorbed 2.3 times faster than those taken in an upright position. Lying on the left side was the worst. It can delay pill absorption by more than an hour.

To evaluate how body positioning affects pill absorption, the researchers used a model called StomachSim which uses physics, biomechanics and fluid mechanics to mimic the process of drug dissolution inside the stomach.

They tested four different body positions: upright, lying on your back, on your right side, and on your left side.

Dissolution rate of a pill when taken while lying straight back tied with taking it in an upright position.

"For elderly, sedentary or bedridden people, whether they're turning to left or to the right can have a huge impact," the lead researcher said.

REGULAR PHYSICAL ACTIVITY is associated with a lower risk of cardiovascular diseases and premature death.

A new study published in the journal Circulation found that people who surpassed the weekly requirements had a significantly reduced risk of dying from cardiovascular diseases and other causes.

The findings were based on 30 years of medical records and mortality data for 116,221 adults taking part in two large studies. The participants routinely provided information about their physical activity intensity and duration.

It was recorded that 47,596 participants died during the study period. Overall, mortality risk was lower among those who exercised regularly even when factors such as body weight, dietary habits and smoking status were considered.

People who met the recommended exercise requirements were about 22 to 31 per cent less likely to die of heart disease or stroke and had a 15 to 20 per cent reduced risk of death from non-cardiovascular causes.

The longevity benefits were much greater for those who exceeded the recommended requirements.

DOES METHOD of childbirth impact future sexual enjoyment? According to a study published in BJOG: An International Journal of Obstetrics and Gynecology, sexual enjoyment following childbirth is not affected by the way in which the baby is delivered.

The researchers wanted to see if Caesarean sections maintain sexual wellbeing better compared to vaginal delivery due to the reduced risk of tearing and the maintenance of vaginal tone.

British researchers followed the mothers of more than 14,000 babies born in the UK for up to 18 years. There was no difference between women who gave birth via C-section and those who delivered vaginally when it comes to sexual wellbeing outcomes, including sexual enjoyment and sexual frequency at any timepoint postpartum. However, some women who had C-sections reported pain in the vagina during sex at 11 years postpartum.

“Rates of Caesarean section have been rising over the last 20 years due to many contributing factors and, importantly, it has been suggested that caesarean section maintains sexual wellbeing compared to vaginal delivery. This research provides expectant mothers, as well as women who have given birth, with really important information and demonstrates that there was no difference in sexual enjoyment or sexual frequency,”the lead author added.

Cancers in people under 50 increasing dramatically THE INCIDENCE OF EARLY onset cancers—those diagnosed before age 50—has drastically increased around the world.

Cancers of the breast, colon, oesophagus, kidney, liver, and pancreas among others have shown this dramatic increase beginning around 1990.

For the study published in Nature Reviews Clinical Oncology, the researchers analysed global data on 14 cancer types that have shown increased incidence in adults before age 50 from 2000 to 2012.

While early detection through cancer screening could partly explain this rise in early onset cancer, westernised diet and lifestyle could possibly be contributing to this epidemic.

Cancer risk factors such as consumption of highly processed food and sugary beverages, obesity, type 2 diabetes, sedentary lifestyle, smoking and alcohol consumption have all increased since the 1950s.

“Among the 14 cancer types on the rise that we studied, eight were related to the digestive system. The food we eat feeds the microorganisms in our gut. Diet directly affects microbiome composition and eventually these changes can influence disease risk and outcomes.”

“Raising awareness of the early onset cancer epidemic and improving the early life environment should be our immediate goals: these are likely to reduce the burden of both early onset and later-onset cancers,”the study concluded.

The US FDA is alerting consumers against the use of skin-lightening products that contain hydroquinone, which can cause side effects such as rashes, facial swelling and permanent skin discoloration The saying is based on the belief that eating your biggest meal earlier in the day will help you burn calories more efficiently and help you lose weight.

But according to a Scottish study published in the journal Cell Metabolism, timing of eating does not have any bearing on how our body metabolises calories or weight loss.

The researchers recruited 16 men and 14 women who were healthy, but overweight or obese.

The participants were randomly assigned to eat either a morning-loaded or an evening-loaded diet based on 30 per cent protein, 35 per cent carbohydrate, and 35 per cent fat. The total daily calorie intake was fixed.

After four weeks on this diet, the participants took a one week break and then switched to the opposite diet for four weeks.

There was no difference in total weight loss and energy metabolism between the two eating patterns. The participants lost an average of just over 3 kg during each of the four-week periods.

But the participants reported feeling less hungry on the days they ate a bigger breakfast. And this greater suppression of hunger could help people trying to lose weight comply with their weight loss regime.

HORMONE THERAPY, a common treatment for prostate cancer, may increase the risk of dying from cardiovascular disease, especially in older men.

For the study published in the journal The Aging Male, researchers used data from a Lithuanian cancer registry for 13,343 men aged 40 to 79 who were diagnosed with prostate cancer—3,797 patients received hormone-lowering drugs and 9,546 did not. The risk of death from cardiovascular disease was assessed over an average follow-up period of about five years.

Men who received hormone therapy had a more than twofold increased risk of death from cardiovascular disease. The risk of heart disease-related death increased from the second year of cancer diagnosis.

Patients aged 70 to 79 who had hormone therapy had an almost fivefold higher risk. 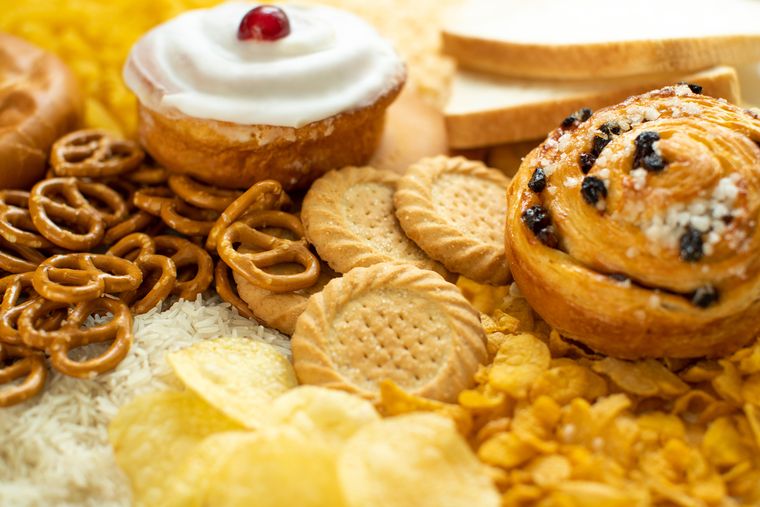 ACCORDING TO TWO studies published in The BMJ, high consumption of ultra-processed foods can increase the risks of cardiovascular disease, colorectal cancer and death.

Men who ate the most ultra-processed foods had a 29 per cent higher risk of developing colorectal cancer than those who ate the least. While a similar association was not seen in women, higher consumption of ready-to-eat dishes was associated with an increased risk of colorectal cancer in women.

Colon cancer is increasing among young people and the increased intake of processed food could be the reason.

The second study analysed the association between quality of diet and the risk of death from cardiovascular causes and all causes in 22,895 Italian adults, average age 55 years. Over a 14-year period, 2,205 deaths were documented.