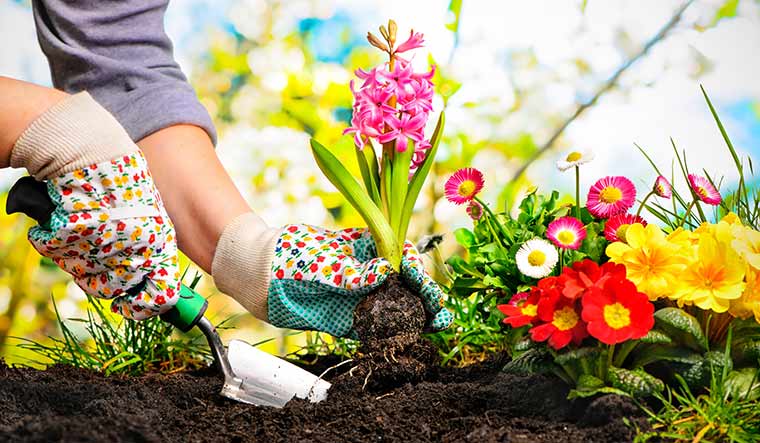 GARDENING and being in nature have been linked to physical and mental wellbeing, especially in people with medical or mental challenges.

A new US study published in the journal PLOS ONE found that tending to plants lowered stress, anxiety and depression, and improved mental health, even for healthy people who had never gardened before.

The study included 32 healthy women aged 26 to 49 who did not have any chronic health conditions, did not use tobacco and drugs and were not prescribed medication for anxiety or depression.

The participants were randomly assigned to either gardening or art-making sessions, for one hour twice a week for four weeks.

“Both gardening and art activities involve learning, planning, creativity and physical movement, and they are both used therapeutically in medical settings. This makes them more comparable, scientifically speaking, than, for example, gardening and bowling or gardening and reading,” the lead researcher explained.

The participants completed a series of tests that measured anxiety, depression, stress and mood. Both gardening and art making were associated with improvements in mental health over time. But the gardeners reported slightly less anxiety than those in the art-making group.

Therapeutic horticulture, or the use of gardening to promote better health and wellbeing, has been around since the 19th century.

ADULTS with osteoarthritis who walked for exercise were less likely to develop frequent knee pain, according to a US study published in Arthritis & Rheumatology. Walking for exercise is already known to reduce the risk of health problems like heart disease, diabetes, obesity and some cancers.

The study included 1,212 participants aged 50 and older who had osteoarthritis in the knee. They provided information about the amount of time they walked for exercise, symptoms of osteoarthritis and pain levels.

The 73 per cent who walked for exercise were 40 per cent less likely to develop new frequent knee pain compared with non-walkers.

Walking for exercise also appeared to slow some of the structural damage from osteoarthritis that occurs in the knees.

Walking was especially beneficial for people who had radiographic evidence of osteoarthritis, but did not start experiencing pain every day.

“This study supports the possibility that walking for exercise can help prevent the onset of daily knee pain. It might also slow down the worsening of damage inside the joint from osteoarthritis,” the study author added.

Walking for exercise is an easy, simple and free intervention that could modify the structural symptoms of knee osteoarthritis without side effects.

LOSING weight through bariatric surgery can significantly reduce the risk of cancer and cancer-related mortality.

Obesity increases the risk of developing 13 types of cancer, including endometrial cancer, postmenopausal breast cancer, and cancers of the colon, liver, pancreas, ovary and thyroid.

The US study, published in the Journal of the American Medical Association, included 30,318 obese patients, with a median age of 46 years.

5,053 patients who had bariatric surgery were compared with a control group of 25,265 patients who did not have the surgery.

At 10 years, the people who had weight loss surgery lost about 24.8kg more than those who did not have the surgery.

The benefits of bariatric surgery were similarly observed after both gastric bypass and gastric sleeve operations, and among women and men, and young and old.

The study also showed that for patients with fatty liver disease, bariatric surgery reduced the risk of the progression of liver disease and serious heart complications.

“Patients can lose 20 to 40 per cent of their body weight after surgery, and weight loss can be sustained over decades. The striking findings of this study indicate that the greater the weight loss, the lower the risk of cancer,” the lead author added.

Older adults who gave away money easily to strangers scored significantly lower on cognitive tests known to be sensitive to early Alzheimer's disease.

Can you stand on one leg for 10 seconds? 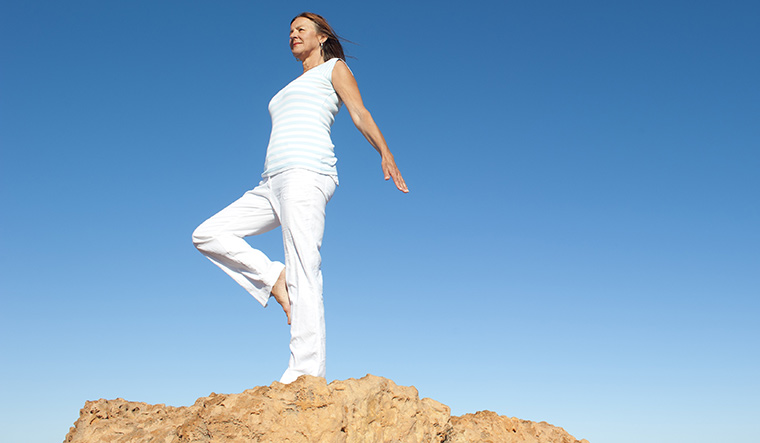 IF YOU CAN, you may live longer.

According to a Brazilian study published in the British Journal of Sports Medicine, middle-aged and older adults who cannot balance on one leg for 10 seconds are almost twice as likely to die from any cause within the next 10 years.

To find out whether a balance test could predict a person’s risk of death, researchers used data from 1,702 adults aged 51 to75.

The participants were asked to stand on one leg for 10 seconds without any added support. They were asked to place the front of the free foot on the back of the opposite lower leg, while keeping their arms by their sides and looking forward. They were allowed three attempts.

About 20 per cent of the participants failed the balance test. The inability to do so increased with age.

After accounting for age, sex, and underlying medical conditions, an inability to balance on one leg was associated with an 84 per cent increased risk of death from any cause within the next decade.

According to the researchers, the balance test should be included in routine health checks for older adults as it “provides rapid and objective feedback for the patient and health professionals regarding static balance and adds useful information regarding mortality risk in middle-aged and older men and women.”

The odds of preterm delivery are significantly higher for pregnant women with periodontitis, or gum disease.

Study presented at a meeting of the European Federation of Periodontology 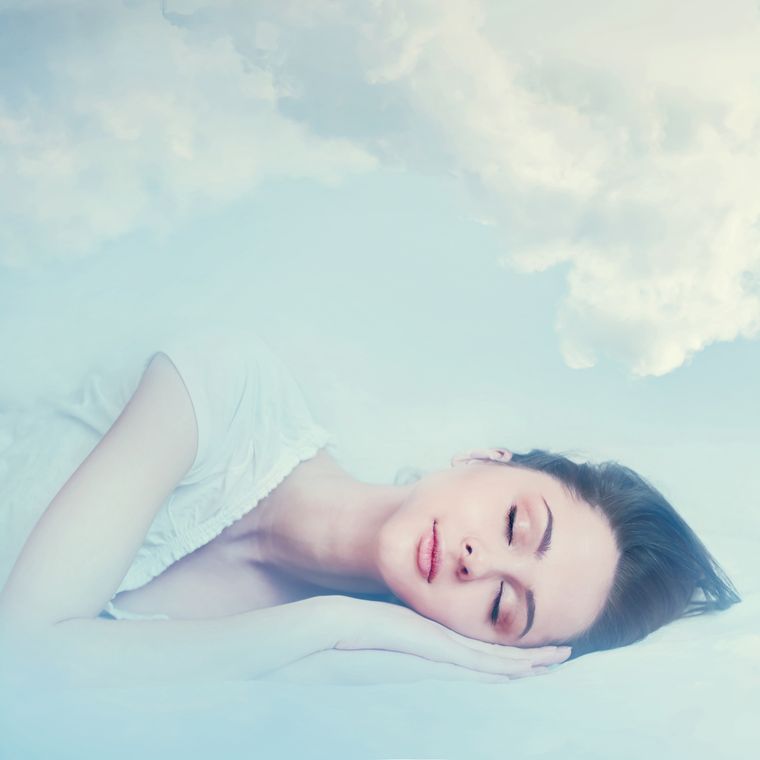 THE AMERICAN Heart Association (AHA) has added sleep duration to its list of healthy behaviours that people can follow to achieve optimum cardiovascular health.

They consisted of eating a healthy diet, maintaining a healthy weight, being physically active, not smoking, and controlling blood pressure, cholesterol and blood sugar. Now, the AHA has added sleep duration to the list.

The revised checklist called Life’s Essential 8 was published in the journal Circulation.

According to the new guidelines, adults should get seven to nine hours of sleep each night to maintain a healthy heart. Children ages five and younger should get 10 to 16 hours of sleep, those aged six to 12 should get nine to 12 hours and 13- to 18-year-olds need eight to 10 hours of sleep.

The AHA has also revised four of the original metrics based on new discoveries in heart and brain health and the ways to measure cardiovascular health. For example, nicotine exposure now includes electronic cigarettes (vaping) and exposure to secondhand smoke; non-HDL cholesterol is suggested instead of total cholesterol to measure blood lipids; and the blood sugar measure is expanded to include haemoglobin A1c levels.

According to the AHA, cardiovascular disease is the number one cause of death in the US and worldwide, and more than 80 per cent of all cardiovascular events can be prevented by following a healthy lifestyle and managing known cardiovascular risk factors.

Adding extra salt at the table linked to premature death 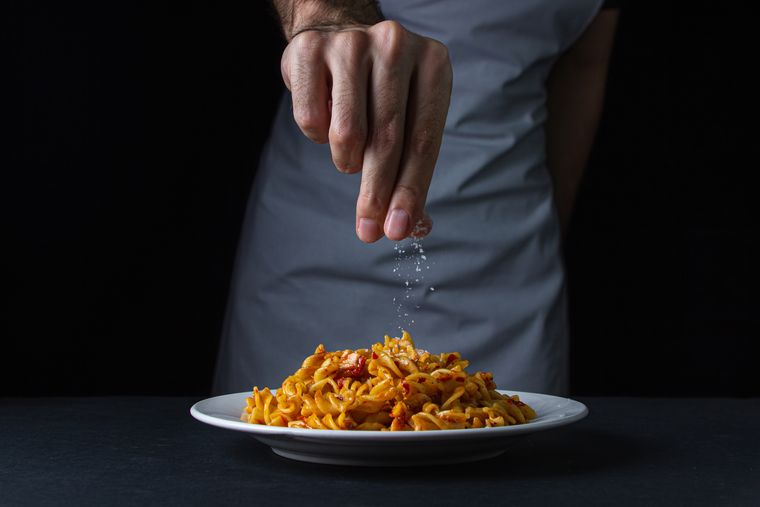 PEOPLE who sprinkle salt on their food at the table are more likely to die prematurely from all causes, according to a study published in the European Heart Journal.

The findings were based on data from 5,01,379 people taking part in the UK Biobank study.

The participants were asked whether they added salt to their food at the table before eating, independent of any salt added during cooking. Analysing this behaviour “provides a unique way to evaluate the association between habitual sodium intake and the risk of [premature] death,” the study author said.

The participants were followed for an average of nine years during which 18,474 premature deaths were reported. A premature death was defined as death before the age of 75 years.

Those who always added salt to their food had a 28 per cent increased risk of dying prematurely compared with those who never or rarely added salt.

They had a significantly higher risk of dying from cardiovascular diseases and cancers.

People who habitually added salt had a lower life expectancy: men lost 2.28 years and women lost 1.5 years at age 50, compared with those who never, or rarely, did.

The increased risks were slightly modified in people who ate a lot of fruits and vegetables. These are major sources of potassium, which has protective effects.

Consuming one or more sugar-sweetened beverages daily is associated with a 78 per cent greater risk of developing liver cancer.

Study presented at a meeting of the American Society for Nutrition

Are vitamins and supplements beneficial?

PEOPLE spend billions of dollars on vitamins and dietary supplements every year. But are they really beneficial?

According to new guidelines issued by the United States Preventive Services Task Force (USPSTF), vitamins and supplements offer little to no benefit in preventing cardiovascular disease or cancer, the two leading causes of death, and are a waste of money for most people.

The task force reviewed 84 studies that included 7,39, 803 participants to examine the benefits and harms of vitamins and mineral supplements, and their impact on preventing cardiovascular diseases and cancer among healthy, non-pregnant adults.

Beta-carotene, with or without vitamin A, was associated with an increased risk for cardiovascular mortality and lung cancer, and there was no benefit to taking vitamin E to prevent cancer or cardiovascular disease.

The recommendations do not apply to people with vitamin deficiencies, children or pregnant women. Women who are pregnant or considering pregnancy should take a daily folic acid supplement.

The draft recommendation statement was published in the Journal of the American Medical Association.

Eating a balanced diet high in fruits and vegetables and exercising regularly are the best ways to reduce a person’s risk of cancer or cardiovascular disease.