Chili pepper is a life saver 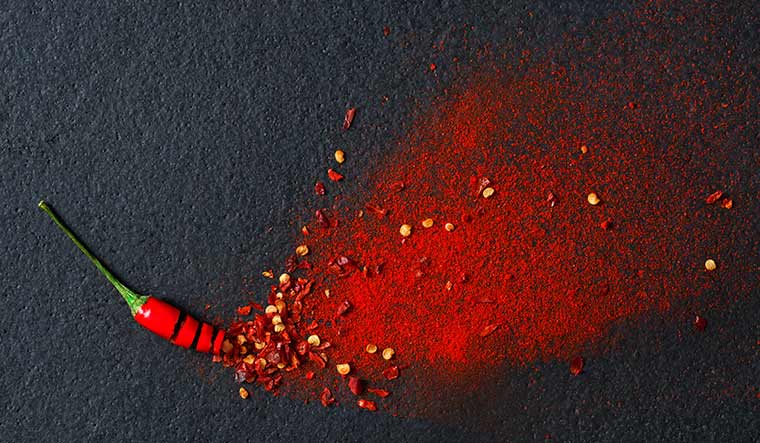 ACCORDING TO A study presented at the American Heart Association’s Scientific Sessions 2020, people who regularly include chili peppers in their diet have a significantly reduced risk of death from cardiovascular disease, cancer and other causes.

Previous studies have shown that capsaicin, an active component in chili peppers that makes them spicy, has anti-inflammatory, antioxidant, anticancer and blood-glucose regulating properties.

Researchers at the Cleveland Clinic in the US analysed four large studies that included health and dietary records of more than 5,70,000 people in the United States, Italy, China and Iran. They compared the health outcomes of those who consumed chili peppers with those who rarely or never did. DELAYING CANCER TREATMENT by just four weeks can increase the risk of dying from it by about 10 per cent, according to a study published in The BMJ. The risk of death increases the longer the treatment is delayed.

As part of the study, Canadian and UK researchers looked at the impact of delaying treatments such as surgery, chemotherapy or radiotherapy on a person’s mortality risk for seven types of cancer—bladder, breast, colon, rectum, lung, cervix, and head and neck. Together, these cancers account for 44 per cent of all cancers globally.

The researchers examined 34 studies involving more than 1.2 million patients. A month’s delay across all forms of cancer treatment was associated with a 6 per cent to 13 per cent higher risk of death.

For surgery, there was a 6 to 8 per cent increase in the risk of death for every month treatment was delayed.

There was a 9 per cent increased risk of death if radiotherapy was delayed for head and neck cancer, and delay in follow up chemotherapy for colorectal cancer increased the risk of death by 13 per cent. CHANGES IN NIGHTTIME blood pressure could increase the risk of heart disease and stroke, according to a Japanese study published in the journal Circulation.

The study included 6,359 Japanese adults, average age 69. About three quarters of the participants were on blood pressure lowering medications, but none had a symptomatic cardiovascular disease at the start of the study.

The participants had 20 daytime and seven nighttime ambulatory blood pressure readings. During a mean follow up of 4.5 years, there were a total of 306 cardiovascular events, including 119 strokes, 99 diagnoses of coronary artery disease and 88 diagnoses of heart failure.

The researchers analysed the occurrence and timing of heart events in relation to blood pressure variations.

Participants who had higher blood pressure readings at night, but normal readings during the day, had a 48 per cent greater overall cardiovascular disease risk and more than twice the risk of heart failure.

After one member in a household becomes sick with Covid-19, about 53 per cent of others living in the same home also become infected. 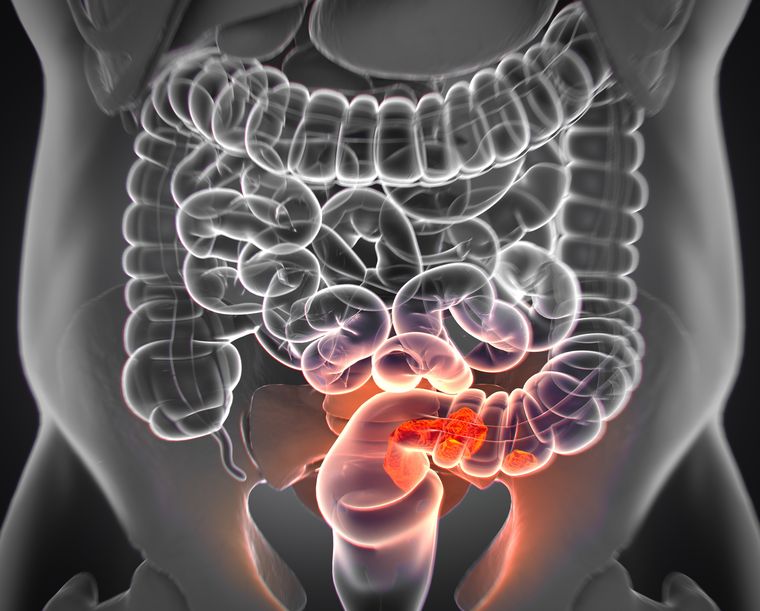 ADULTS SHOULD START getting screened for colorectal cancer at the age of 45, according to new recommendations by the US Preventive Services Task Force.

The current guidelines recommend adults aged 50 to 75 be regularly screened for colorectal cancer.

“We have epidemiologic data that the risks of colorectal cancer are increasing before age 50, particularly in the 45- to 49-year-old age group,” said task force member Dr Michael Barry.

But people with an increased risk, such as those with a family history of colon cancer, a hereditary predisposition to the disease, or those who suffer from inflammatory bowel diseases such as Crohn’s disease or ulcerative colitis, should have screening even earlier.

FOOD FOR YOUR HEART

FOLLOWING A DIET rich in anti-inflammatory food, such as fruits, vegetables and whole grains, can lower your risk of heart disease and stroke, says a study published in the Journal of the American College of Cardiology.

To analyse the effects of pro- and anti-inflammatory diets on cardiovascular disease risk, Harvard researchers followed more than 2,10,000 women and men for up to 32 years.

Children who spend more time in extracurricular activities, like sports and the arts, and less than two hours in recreational screen-based activities [will] have better mental health, and lower levels of anxiety and depressive symptoms. 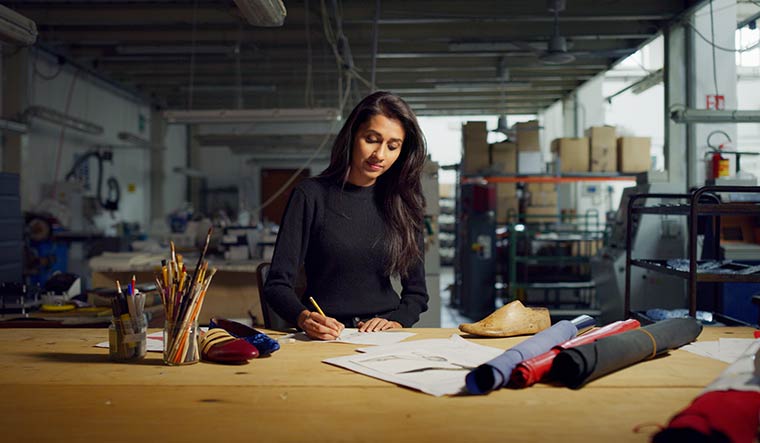 WOMEN WHO WORKED for pay in early adulthood and middle age may have slower memory decline later in life compared to women who did not work outside the home, according to a new study published in the journal Neurology.

The link remained regardless of whether a woman was married, single or had children. To analyse the link of work-family experiences between 16 and 50 years, and memory decline after 55 years, the researchers followed 6,189 women with an average age of 57 for about 12 years. The women took memory tests every two years.

Between the ages of 55 and 60, memory scores were similar for all women. But after age 60, the average rate of decline on the memory test scores was slower for women who worked for pay.

Overall, after adjusting for factors such as age, education and socioeconomic status, rate of memory decline was 50 per cent greater among women who did not work for pay after having children than among working mothers. 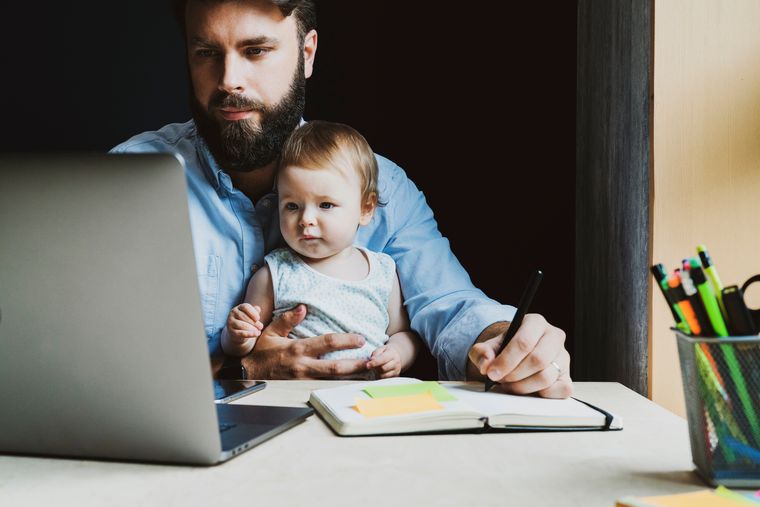 WORKING IN AN office or school setting, instead of remotely, could double your risk of testing positive for SARS-CoV-2, the virus that causes Covid-19, according to research published in the US Centers for Disease Control and Prevention’s Morbidity and Mortality Weekly Report.

To compare the impact of remote working and working in an office on SARS-CoV-2 infection, the researchers interviewed 314 adults who had taken a Covid-19 test in July.

Those who tested positive for Covid-19 were almost twice as likely to report regularly going to an office or school setting in the two weeks before illness onset, compared with those who tested negative. This was true even among those working in a profession outside of the critical infrastructure, including health care and factory settings.

A person whose husband or wife is admitted to the ICU has an increased risk of suffering a cardiovascular event, such as chest pain, heart attack, stroke, irregular heart rhythm, heart failure or pulmonary embolism, within a month of the ICU admission.

KEEP YOUR WINDOWS UP WHILE DRIVING 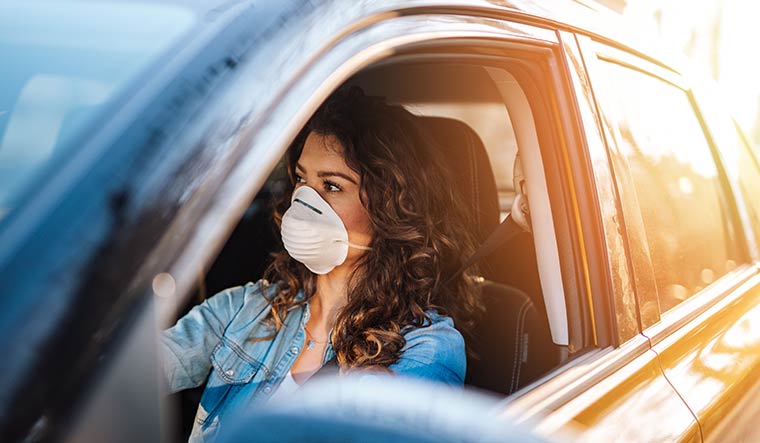 DRIVING WITH THE windows down can increase the risk of air pollution exposure by 80 per cent, according to a UK study published in the Science of The Total Environment.

No matter the city and the car model, the highest exposure was when drivers kept the windows open, followed by fan-on and recirculation.

Those who used the recirculation system were exposed to about 80 per cent less harmful particles than those who kept the car windows open.