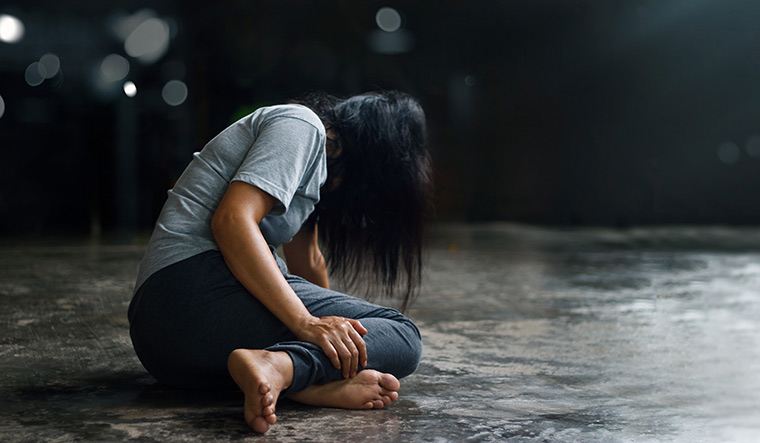 People who live alone are more likely to suffer from common mental disorders such as anxiety, mood disorders, obsessive-compulsive disorders and substance abuse, irrespective of age and gender.

Previous studies have mostly focused on older adults. But the current study published in PLOS ONE looks at the link between living alone and mental disorders in people of all age groups.

The participants also provided information about their weight and height, alcohol dependence, drug use, social support, loneliness and the number of people living in a household. 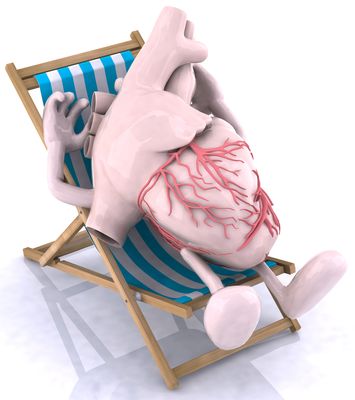 A resting heart rate of 75 beats per minute (bpm) in midlife can double the risk of an early death, according to a Swedish study published in the journal Open Heart.

Resting heart rate refers to the number of times your heart beats in a minute when the body is at rest. A resting heart rate of 50 to 100 beats per minute is considered to be normal. A lower rate indicates better cardiovascular fitness and heart function.

To find out the impact of resting heart rate on health and mortality risk before age 75, the researchers studied 798 men born in 1943.

In 1993, these men (aged 50) answered questions about their health and lifestyle, and underwent a comprehensive medical check-up, which included their resting heart rate.

Resting heart rate was measured again in 2003 and 2014 among those who were alive and willing to participate.

The US Food and Drug Administration has approved a vaccine for the prevention of dengue disease.

Dengvaxia, which is effective against all dengue virus serotypes, has been approved for people who already had a dengue infection. Dengvaxia has already been approved in the European Union and 19 countries.

The vaccine was found to be 76 per cent effective in three randomised, placebo-controlled studies that included about 35,000 participants. The vaccine is administered as three separate injections, with the initial dose followed by one at six and twelve months.

“Infection by one type of dengue virus usually provides immunity against that specific serotype, but a subsequent infection by any of the other three serotypes of the virus increases the risk of developing severe dengue disease, which may lead to hospitalisation or even death,” said the director of the FDA’s Centre for Biologics Evaluation and Research.

In people who have not had a previous dengue virus infection, Dengvaxia may act like a first dengue infection and a subsequent infection can result in severe dengue disease.

Patients who receive androgen deprivation therapy (ADT) for prostate cancer may have an increased risk of dementia, according to two studies presented at the 2019 American Urological Association annual meeting.

Androgen deprivation therapy refers to the use of drugs to lower testosterone levels to stop them from stimulating the growth of prostate cancer cells.

A US study of 1,00,414 prostate cancer patients, aged 66 years or older, showed that hormone therapy increased the risk of dementia from any cause by 22 per cent and Alzheimer’s disease by 29 per cent. Patients who received hormone therapy were also 15 per cent more likely to seek psychiatric services.

The risk of dementia increased with the duration of the treatment. Men on hormone therapy for seven months or longer had a 30 per cent and 41 per cent increased risk of all-cause dementia and Alzheimer’s disease, respectively, compared with those who did not receive hormone therapy.

Antiretroviral treatment prevents sexual transmission of the HIV virus from an HIV-positive partner to an HIV-negative partner even when they have sex without using protection. 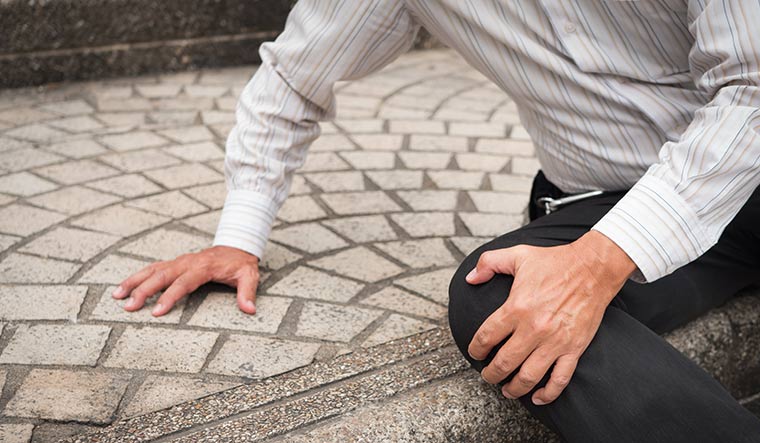 Stroke survivors have up to four times greater risk of osteoporosis, falls or fractures compared with healthy people, but they are often not screened or treated for osteoporosis, according to a Canadian study published in the journal Stroke.

Stroke survivors often have impaired mobility, which can decrease bone mineral density and increase their risk of falls and fractures.

Of the 16,581 stroke survivors, aged 65 and older, included in the study, only 5.1 per cent had undergone bone mineral density testing. Only 15.5 per cent had been prescribed medications for osteoporosis within one year of suffering a stroke.

Older adults with a poor sense of smell have a nearly 50 per cent increased risk of dying within the next ten years, according to a study published in the Annals of Internal Medicine. Our sense of smell starts to fade as we get older.

To find out the reasons for this link, the researchers used data from 2,289 healthy adults aged 71 to 82 years. The participants took a smell test at the start of the study. They were asked to identify 12 common odours and were then classified as having good, moderate or poor sense of smell.

Among them, 1,211 participants died during 13 years of follow up.

Can appendix removal cause Parkinson's?

According to a US study presented at the Digestive Disease Week annual meeting, having your appendix removed can put you at risk of Parkinson’s disease.

The researchers analysed the medical records of more than 62.2 million patients. Among them 4,470 (0.92 per cent) of the 488,190 people who had their appendix removed developed Parkinson’s disease later in life. But only 0.29 per cent of the 61.7 million patients who did not have an appendectomy developed the disease.

People who had an appendectomy were more than three times more likely to develop Parkinson’s disease than those who had not. The risk was seen across all age groups and races, as well as in both genders.

So what’s the brain-gut connection?

Long commutes to work during pregnancy can increase the risk of adverse birth outcomes, including having low-birth weight babies. 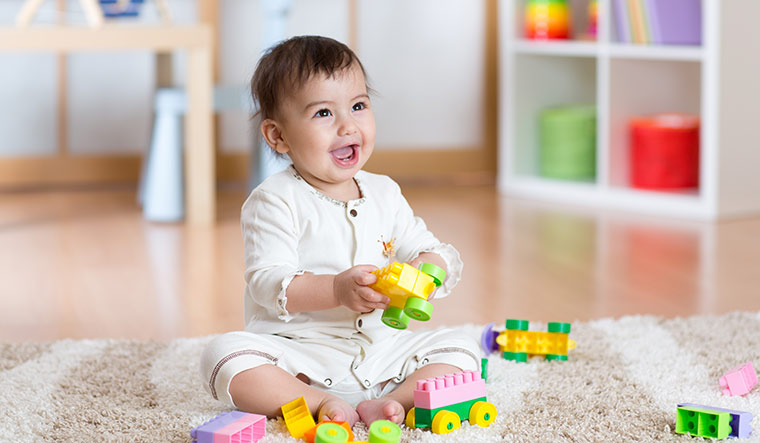 The World Health Organization has issued new guidelines on physical activity, sedentary behaviour and sleep for children under five.

Physical activity: Infants under one should interact in floor-based play several times a day. Those who are not yet mobile should have at least 30 minutes of tummy time spread throughout the day while awake.

Children older than one should spend at least 180 minutes in different types of physical activities throughout the day.

Sedentary behaviour and screen time: Children should not be restrained for more than one hour at a time in prams and seats, or sit for extended periods of time.

Screen time is not recommended for children under one. For those aged two years and older, screen time should be limited to no more than one hour a day. When children are sedentary, they should be engaging in reading and storytelling with a caregiver.

Children whose mothers eat nuts during the first trimester of pregnancy tend to score higher on tests of IQ, memory and attention.

Nuts are already known to have a protective effect against cognitive decline in older age.

The Spanish study published in the European Journal of Epidemiology included 2,208 children whose mothers answered questions about their food habits during the first and third trimesters of pregnancy. The children undertook tests of motor and intellectual ability at ages one and a half, five and eight years.

Overall, children whose mothers ate more nuts during the first trimester did better on tests that assessed cognitive function, attention capacity and long-term working memory compared with children born to mothers who ate no nuts.

Children whose mothers reported the highest consumption of nuts—a weekly average of about three 30g servings—during the first trimester scored the highest. Eating nuts during the third trimester, however, did not make a difference.

Nuts are rich in folic acid and essential fatty acids like omega-3 and omega-6, which “tend to accumulate in neural tissue, particularly in the frontal areas of the brain, which influence memory and executive functions.” 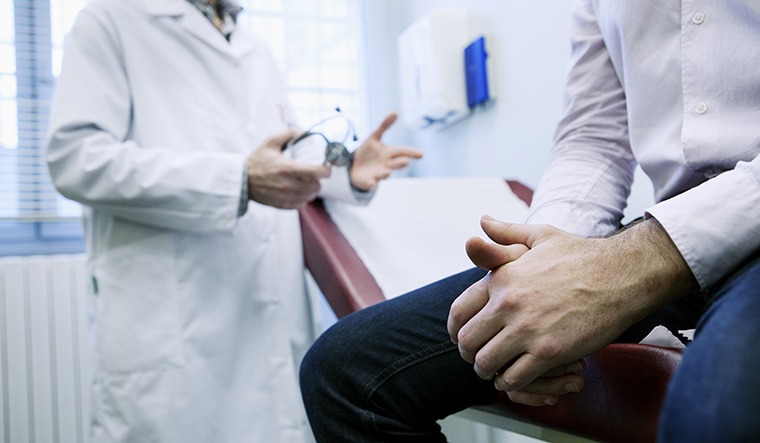 According to a US study published in the journal JAMA Network Open, doctors are less likely to order cancer screening to eligible patients who have appointment times later in the day.

Similarly, colorectal cancer screening order rates were highest at 8am (36.5 per cent) and dropped to 23.4 per cent at 5pm.

There was a temporary spike in screening orders when patients saw their doctors around lunchtime.

The reason? The study authors believe these drops could be due to 'decision fatigue' or doctors may be falling behind schedule as the day progresses, and they may shorten their interactions and put aside the discussion for a later appointment.