Why heart diseases are on the rise among young Indians 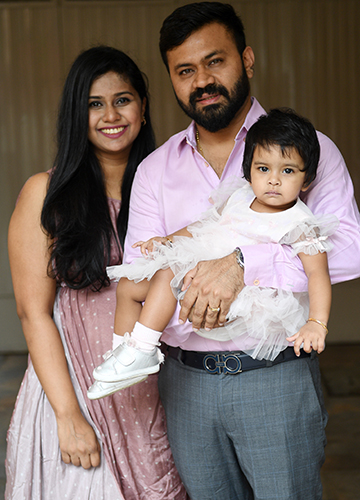 Right prescription: Albert Fernandes from Bengaluru with wife and daughter. His cholesterol levels remain high despite lifestyle changes and he has been advised to take statins | Bhanu Prakash Chandra

Every 39 mg/dL reduction in serum LDL (low density lipoprotein, popularly known as bad cholesterol), sustained over a period of five years, reduces the risk of death from cardiovascular diseases by 20 per cent.

The Lipid Association of India, a team of doctors in the field of cardiovascular medicine, internal medicine and pharmacology, recommends that the screening for high cholesterol levels should begin at the time of leaving school. If Arpan Shah from Mumbai knew this, his life would have been different. The 36-year-old, who works in a diamond shop at Mumbai's Bandra Kurla Complex, consulted a general practitioner last year as he experienced chest pain. He was detected to have a heart attack. “One of my arteries was completely blocked,’’ he said.

To stent or not to stent is a dilemma cardiologists often face. “Since the patient was young, we did not want to put a stent. Instead, we decided to treat him with blood thinning medicines and injections and repeat his angiography after 5-7 days,” said Dr Ruchit Shah, consultant cardiologist at Masina Hospital, Mumbai. “The second angiography showed that there were still some subtle blocks remaining. Then we did a fractional flow reserve procedure to see whether the blocks were significant or not and whether the patient needed angioplasty and stenting. The blocks had dissolved to a great extent and the patient did not require angioplasty.” Shah has been advised to lower his total cholesterol and LDL levels with high dose statins, daily exercises and diet control.

Heart diseases seem to be on the rise among young Indians. “We develop coronary artery disease 10 years earlier than other ethnic groups. What is even worse is that approximately 40 per cent of Indians with coronary artery disease are under 40, and 25 per cent of our cardiovascular deaths, too, are below the age of 40,’’ said Dr C.K. Ponde, consultant cardiologist at Hinduja Hospital, Mumbai.

Elevated levels of LDL is a common culprit behind cardiovascular problems. LDL is responsible for the deposition of cholesterol and plaque inside the arteries in the entire body. “Cholesterol travels through blood on proteins called lipoproteins. Among the various lipoproteins, LDL is the villain that can stick on the inside of the arterial walls and create blocks to cause heart attacks and strokes,’’ said Dr Vivek Jawali, chief cardiothoracic and vascular surgeon and chairman, Fortis Hospitals.

According to Dr Rishi Gupta, chairman, cardiac sciences, Accord Superspeciality Hospital, Faridabad, acceptable levels of LDL are below 100. “In patients who already have the disease, the expected level is below 70.’’ Lowering the LDL level can reduce the risk of cardiovascular problems significantly. Statins are the primary drugs used for controlling LDL, aimed at reducing the risk of heart problems and stroke. However, some patients do not respond to statins. “Despite high doses, 40 to 50 per cent of patients do not achieve the target level of LDL, therefore additional drugs are required. Also, a high dose of statins can cause severe muscle pain,’’ said Gupta.

Bempedoic acid drugs offer hope to patients whose LDL levels cannot be managed with statins alone or those who cannot tolerate statins. “It has been conclusively ascertained that the drug can be safely used in such patients,” said Dr S. Venkatesh, lead consultant, interventional cardiology, Aster RV Bengaluru. Zydus Lifesciences recently launched its bempedoic drug in India under the Bemdac brand.

However, bempedoic acid drugs are not an alternative for statins, said Dr Praveen Chandra, cardiologist and chairman of interventional cardiology at Medanta-The Medicity, Gurugram. “These are not as strong or effective as statins and are only to be given when statins are not effective. For instance, some patients have elevated levels of LDL even after taking 20mg of statins. For them, bempedoic acid drugs may be given in addition to statins,’’ he said. 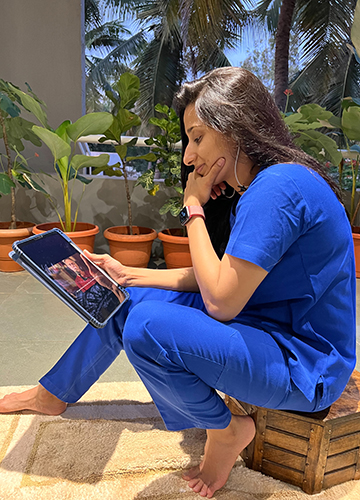 Statins lower LDL by inhibiting HMG-CoA reductase, an enzyme that produces cholesterol. Bempedoic acid drugs slow down a different enzyme in the cholesterol production pathway known as ATP citrate lyase–but only in the liver. “Unlike statins, bempedoic acid only works in the liver so it is much less likely to cause side-effects affecting the muscles, one of the main reasons some people cannot take statins.”

There are numerous studies on the bidirectional link between LDL and Covid-19 infections. “It is a myth that low LDL causes severe symptoms of Covid infection,” said Dr Siddhant Jain, director, cardiac sciences, and chief interventional cardiologist, Shalby Hospitals, Indore. “It is actually the other way round. The severity of Covid brings down LDL levels and thus low LDL is found in these cases. It is not a causative relationship but a correlation. People often misinterpret this and stop taking their cholesterol medicines."

The LDL levels in blood are predominantly determined by the genes and not by diet, said Dr Ranjan Shetty, head of the department and consultant, interventional cardiology, Manipal Hospital, Old Airport Road, Bengaluru.

Albert Fernandes from Bengaluru would agree. The 34-year-old did a blood test a few months ago as he was suffering from allergic rhinitis. To his dismay, he found that his cholesterol levels were above normal. His total cholesterol was 203 mg/dL and his LDL level was 122 mg/dL. Fernandes was advised to make changes to his lifestyle and diet. “I was told to avoid red meat and shellfish and to do cardio exercises regularly,” he said. He followed the doctor’s advice and repeated the tests three months later. “My cholesterol levels were even higher. Sometimes my chest feels heavy,” said Fernandes, who has now been advised to take statins.

A low LDL level is critical for everyone, including men and women of all ages, with or without heart disease. “It is critical to get a comprehensive lipoprotein profile if you are feeling any discomfort,” said Dr Amit Pendharkar, director, cardiology, Aakash Healthcare, Dwarka. “If your cholesterol levels are not where they should be, see a dietitian right away and start living a heart-healthy lifestyle. Furthermore, people should avoid fatty and junk food at all cost. Eat more fibre-rich food and live a healthy lifestyle,’’ he said.

Researchers believe that there is a link between stress and LDL. Stress results in elevated levels of cortisol, the stress hormone which, in turn, leads to high LDL. Stress also brings down the good cholesterol.

Music can help maintain better cholesterol levels. Ancient Greeks used music to soothe pain and reduce stress. Singing was part of the healing rituals of native Americans and Africans. Participants in some of the recent scientific studies reported experiencing significantly less anxiety and pain when they listened to music for 30 minutes.

Listening to your favourite songs is one of the easiest ways to bring down LDL levels. Dr Sparsha S. Vasisht, a final-year resident at the department of anaesthesiology at SDM Medical University, Dharwad, listens to music in her operation theatre. “Our OTs have inbuilt speakers,” she said.

But it can be a different story for performing musicians. It is well documented that professional musicians and music students regularly encounter musculoskeletal and mental health problems, said Jain. “Performing music can lead to increased heart rates and blood pressure. Musicians may be dealing with major stress in creating music. Performing in concerts in high temperatures with a large crowd can generate stress.”

Harsh Yadav from Indore had a mild increase in LDL with low HDL which made him susceptible to heart problems. The 33-year-old had a terrible lifestyle that included tobacco use, sedentary work and excessive stress and he did not bother to seek medical help even after facing extreme perspiration and chest discomfort.

Yadav ended up paying a huge price for ignoring the body’s plea for help. One day he collapsed in his office and was taken to Shalby Hospitals by his coworkers. It turned out that he had suffered a massive heart attack. “He was taken for angioplasty right away and his blocked arteries were opened, saving his life. Now he will have to be on medications for the rest of his life with a weakened heart,” said Jain.

Taking into account the increasing prevalence of cardiovascular problems among India’s youth, Dr Sudheer Koganti, consultant interventional cardiologist at Citizens Specialty Hospital, Hyderabad, said India needed to develop a mechanism to screen adults under 30, especially those with a family history of cardiovascular diseases. “A simple blood test can help you check and monitor cholesterol levels, particularly triglycerides and LDL cholesterol,” said Koganti. “The test can be performed more often if you have heart disease, diabetes or high cholesterol running in your family.”