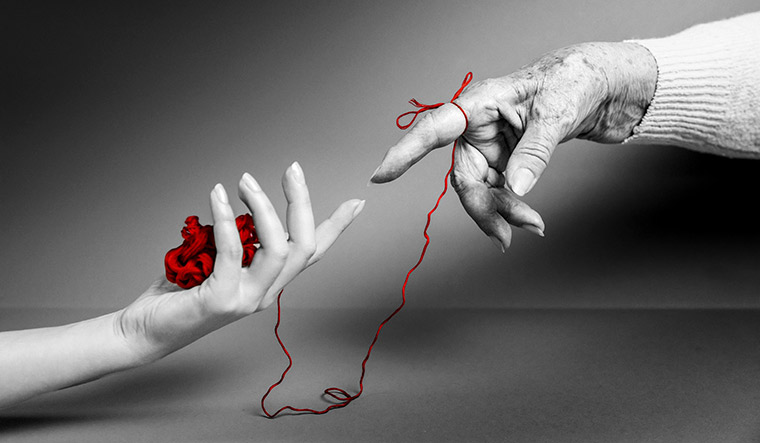 Brigadier G.R.C. Rajan served in the Army for over three decades before retiring in 1998. He was in the best of health till he was diagnosed with Parkinson's disease (PD) six years ago. Now, the 78-year-old has tremors in his limbs, jaw and face; he moves slow and has poor balance and coordination. He has difficulty performing simple day-to-day tasks and is embarrassed by his condition, leading to him limiting social interactions.

A chronic and progressive nervous system disorder, PD inhibits bodily movement. Tremors are one of its most noticeable and early features. As the disease progresses, typically because of the loss of dopamine in the brain, patients also tend to experience depression, sleep problems and trouble chewing, swallowing or speaking. Though commonly considered a geriatric disorder, PD has been diagnosed even among the 18-to-40 age group; this is known as YOPD—young onset Parkinson’s disease. PD is estimated to have affected close to 10 million people till date, but a cure remains elusive.

Therefore, it is crucial to alleviate symptoms via medication, physiotherapy and other treatments to maintain quality of life for patients. This is where support groups come in. They provide mental and emotional support to patients and families. Rajan said that when he was diagnosed, the prospect of being bedridden and immobile was too much to handle. “My family and I had no idea what this disorder meant and it was as if our lives had come to a halt,” he said. But, luckily, he came to know of Parivarthan for Parkinson's Foundation, a community support group that organises events and activities for PD patients and caregivers. Rajan said that Parivarthan transformed his life. “The negativity went away and I realised that I could carry on,” said Rajan. 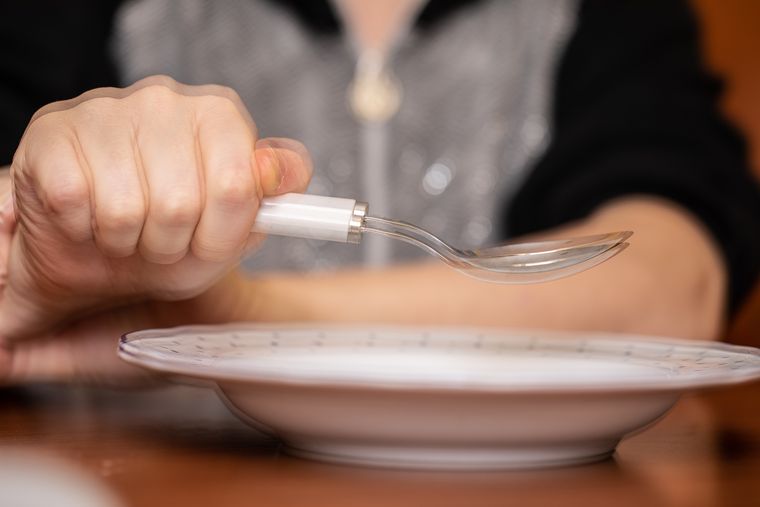 A chronic and progressive nervous system disorder, PD inhibits bodily movement. Tremors are one of its most noticeable features.

He now attends online sessions held by the foundation and receives instructional video clips on WhatsApp. These include interactions with renowned doctors from India and abroad, speech therapy sessions, yoga sessions, art classes and more. He has been contemplating taking up singing as a hobby, too. With the help of his physiotherapy sessions, which take place thrice a week at home for an hour-and-a-half, he is able to go on his morning walks, shave, brush and exercise on his own. He also finds the time to exchange notes on PD with others members of the NGO. Pointing out the benefit of the interactive sessions, he said that recently a question by a member on severe constipation, which is among the most common symptoms of PD, was of interest to him and the replies answered some of his queries on the subject.

Vidhya Krishnan, 60, was diagnosed when she was 40. She was a school teacher and had two young children. Joining Parivarthan offered her reassurance that she was not alone. She said the yoga and therapy sessions were helpful and that there was a lot of encouragement from other members. “In the prime of my youth, I was facing difficulties lifting my left hand,” said Vidhya. “Wearing a sari and driving became difficult. I was not able to cook... even scraping a carrot became so challenging, as if I was a three-year-old.” Now, she keeps herself busy with Parivarthan's numerous programmes. She also conducts tuition classes at home.

Parivarthan was started by Sudha Meiyappan in 2014. She left her job as an international trade analyst in the US to set up the NGO, which is based in Chennai, but now has over 250 members across Tamil Nadu. Meiyappan said that Parivarthan was a platform for patients as well as their families to share information and experiences and foster a positive environment. 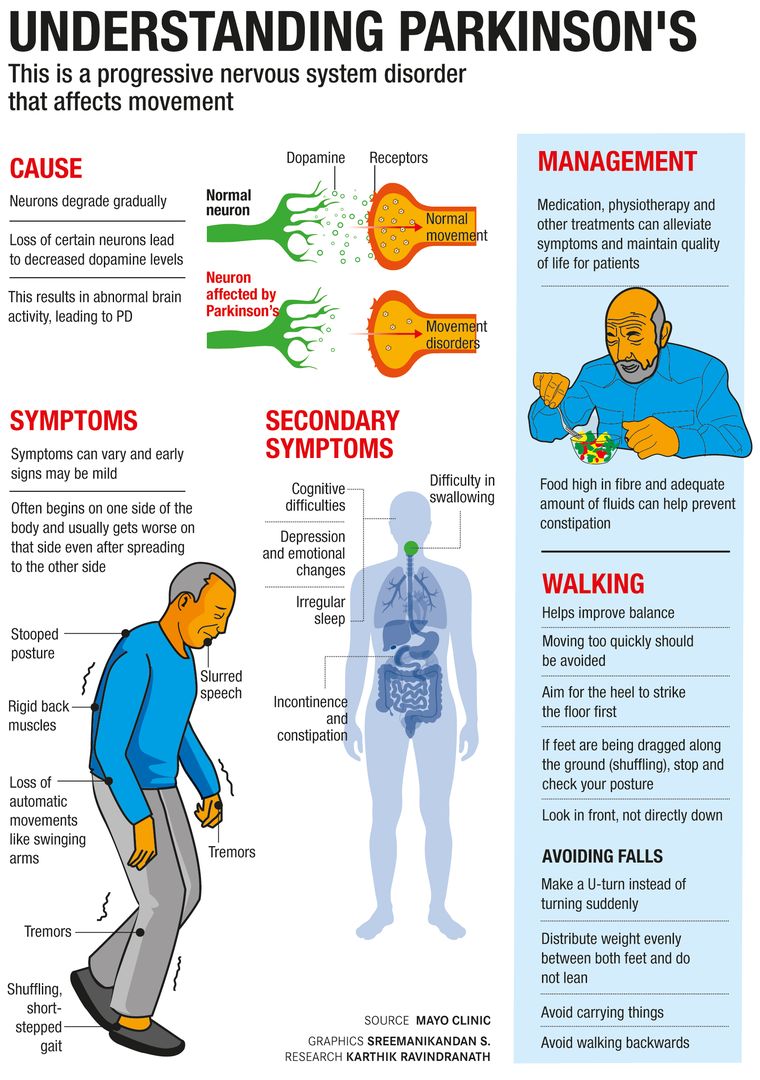 According to a 2005 research paper titled 'Online support groups for Parkinson's patients: A pilot study of effectiveness', 40 per cent to 60 per cent of patients suffer from clinically significant depression. They also become increasingly disabled and frequently less mobile with problems that include sleep disturbances, difficulty with swallowing, bladder and bowel disturbances and sexual dysfunction. To address the impact of these issues, many patients turn to support groups, the study concluded.

Another study published in 2021 in Global Public Health, an international journal, said that in high income countries, the benefits of support groups have been well-established. The groups filled gaps in information and services, while acting as an important source of care and support for patients and caregivers.

Hospitals too, have support groups for their people with Parkinson's (PwPs). Dr Pavan Pai, a neurologist at Wockhardt Hospital, Mira Road, Mumbai, ensures that he attends support group meetings at least once every six months. “I think it adds immensely to the morale of a person affected with Parkinson's and that is the kind of emotional support which cannot come from medication,” he said. “These groups are very significant and supplement the treatment.” He added that there was a lack of awareness regarding PD. “People ignore signs like tremors and slowness, attributing them to old age, stress or depression,” he said.

Dr Sudheer Ambekar, a neurologist with Jaslok Hospital, Mumbai, which has a patient support group for PD and stroke patients, said that with the help of support groups, patients will be able to deal with mental, emotional and physical changes. The support group at Jaslok meets once every month.

Apollo Hospitals recently organised an awareness meeting on PD and formed a support group that will, the hospital said in a statement, have a “multi-disciplinary team with patients, caregivers, physicians, surgeons and neuroscientists”.

Most of the patients who spoke to THE WEEK lamented the limited awareness of PD in society, resulting in insensitivity. “Please know a few things: the blank face of a person with PD does not indicate a blank mind,” said Bharatnath Mothiye. “Drooling or spitting while talking is not something we enjoy doing. It is beyond our control.” He said that the only request from PD patients would be that people be more sensitive to their predicament and have patience. “We would also like for many more support groups to mushroom so that [more PD patients can get support],” said Mothiye, who, in his late 60s is “still trying to come to terms with the PwP label”.