Dr Mathew R. John on the roots of fury

For some, anger can be a lasting behavioural attribute 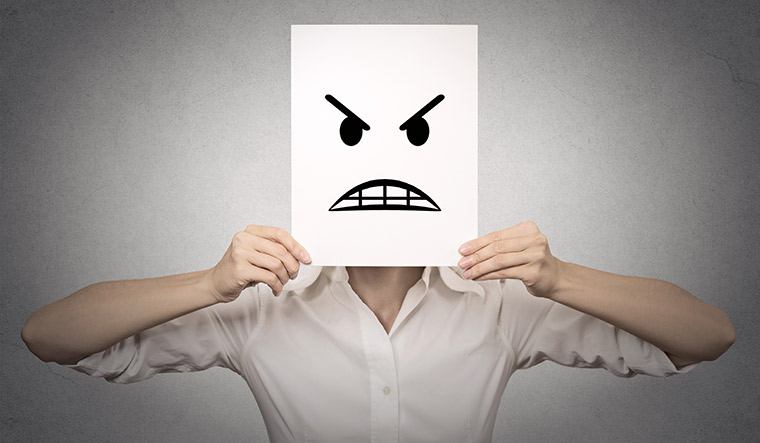 Anger is only a letter away from danger, wrote Eleanor Roosevelt. But the truth is that we know very little about the science of anger. And we hardly care.

Anger was in the limelight once again at this year’s Oscars. In fact, it seemed to grab all the limelight. Almost two thousand years ago, the Roman Stoic philosopher Seneca wrote a book on anger titled De Ira. He thought of anger as utterly useless and greatly harmful, whereas Greek philosopher Aristotle had a slightly different take on it, considering it a difficult but useful skill. The inimitable Socrates, in his typical style, is said to have spoken this when he felt great anger towards another man—‘I would have hit you were I not angry’. Well, worth pondering.

Charles Darwin noticed emotional expressions in animals and Walter Cannon discovered the fight or flight response as a universal response to myriad stressors. In simple terms, this is the brain’s decision to run or fight when you encounter a threat. Anger was thought to be a part of the fight response.

Then came the psychologists followed by the neurologists. Psychologist Albert Ellis wrote of the rigid and distorted beliefs that led to anger and, quite naughtily, coined the term—‘musturbation’ in reference to the unrealistic ‘musts and shoulds’ that angry folks impose on and expect from others.

Bob Abelson, psychologist, wrote of hot cognition—decision making under the influence of emotion as being different from the usual cold cognition or thinking. The parts of the brain involved in hot cognition are also different, which might explain the strange decisions we all tend to make when angry.

Daniel Goleman, author and psychologist, proposed the phenomenon of ‘Amygdalar Hijack’. This refers to a part of the brain called the ‘Amygdala’ (a vital orchestrator of the stress response) hijacking a logical and calculated response and launching an emotional assault.

Anger does not seem to be everybody’s problem. But, for some, it can be a lasting behavioural attribute. In psychiatric terms, anger can be a part of many mental health conditions. It can be associated with something as universal as chronic stress. It may be associated with certain personality disorders.

In a minority of cases, it can be associated with severe mental illnesses like bipolar disorder and schizophrenia.

There is also an interesting entity called ‘Intermittent Explosive Disorder’ wherein the patient predominantly complains of intermittent episodes of explosive anger. The standard treatment approach to an anger problem involves a comprehensive mental health evaluation followed by psychotherapy or drug treatment or a combination of both.

Why do we react suddenly when somebody swears at us in public? Why do we react explosively when somebody abuses us taking the name of our father or mother? We still do not know the exact mechanisms of these deceptively simple questions but evolution seems to shine some light on these. Factors like loss of social status and insult to kin have been proposed to be evolutionary triggers for activating the anger response.

What Seneca wrote seems still very relevant today—‘Time is the greatest remedy to anger.’ Delaying a response is the mainstay of the Tucker Turtle strategy wherein the angry person retreats into his shell like a tortoise when angry, and comes up with a good response when cool.

The author is a consultant psychiatrist.