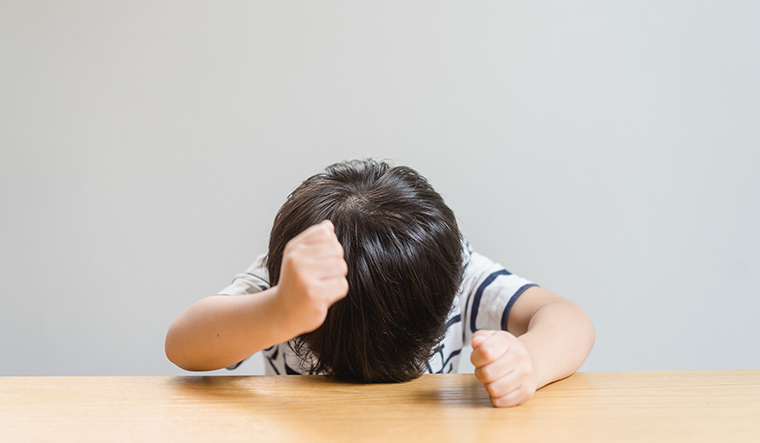 Vivek comes home exhausted from school. Everyone at school calls him naughty, and he hates that. He really does try but is just unable to sit still. His fidget spinner helps, and he is always happy to be asked to run errands by the teacher. Getting up and walking around the classroom helps him focus better. He loves playing with the other boys in class, but lately, he has found that they are ignoring him. The teacher noticed this and asked one of his peers why they were ignoring Vivek. “It’s really hard to play with Vivek,” said Mani. “He keeps playing out of turn and sometimes even leaves the game halfway. The other day, he had the den when we were playing hide and seek, and he just left without telling us. It was 10 minutes before we realised that he had stopped playing and, afterwards, we saw that he was busy running after pigeons in the playground!”

Perhaps one of the most common neurodevelopment disorders that remains a mystery to the population at large is the spectrum of attention deficit disorders. As the term enters popular culture, it is unfortunately also thrown around quite casually as an excuse for when one tunes out of a conversation or forgets to do something they were meant to. While the awareness is welcome, it can also serve to undermine the true nature of difficulties that individuals with attention-deficit/hyperactivity disorder may experience, which is many a time more than just a lapse in attention. Without a thorough understanding of how this experience manifests, it is easy to label children with ADHD as naughty and defiant, resulting in a negative approach by parents and educators alike, with the result of children being misunderstood and losing support.

Contrary to the prevalent notion that children with ADHD are intentionally misbehaving, children genuinely have difficulty focusing and staying on task. This, however, is just one aspect of attention. Rather than being a unitary concept, there are several subtypes of attention. There is selective attention—the ability to selectively attend to some stimuli while filtering out others. While sustained attention is the ability to stay on a task over an extended period of time, divided attention is the ability to divide your attention between two tasks such as listening to the teacher and making notes. And, switching attention is the ability to shift your attention between two or more tasks as required. Children with ADHD may have difficulty with one or multiple types of attention. The condition can also negatively impact higher-level cognitive skills such as planning, organisation, impulse control, decision-making, initiation—a group of skills collectively referred to as executive functioning.

Cognitive limitations are just one part of the story though. Whether it is a lack of understanding from family, peers and educators, a keen awareness of the limitations posed by one’s ADHD or shared neurobiological pathways, children with this condition are more prone to developing a mental illness. Research suggests that a staggering 60 per cent of individuals with ADHD have a co-morbid psychiatric condition. Additionally, children with ADHD and a co-morbid anxiety disorder are reported to have, on average, a ten-fold higher chance of poorer academic performance. Appropriate and timely diagnosis can result in better outcomes for children. Lack of awareness, on the other hand, may compound these deficits.

As with all relatively unknown conditions, building awareness is the first step to assisting these children. Specifically, awareness will help dispel the myth of children with ADHD being intentionally difficult or them just not trying hard enough—negative labelling is likely to only worsen the situation. Positive support from family, peers and educational institutes can go a long way in nurturing a happy child. Interventions are numerous and can range from behavioural to pharmacological.

Behavioural strategies to adopt in the classroom could include seating the child at the front of the class to ensure minimal distractions. Similarly, working in a quiet environment (for example, at a clutter-less desk, in the absence of a TV or radio playing in the background) is likely to result in a more fruitful learning experience for the child. Highlighting or underlining key points in notes would help the individual focus on the important parts, and not get overwhelmed. Allowing children with ADHD to work for brief periods of time—20 minutes at a stretch—followed by a break, would facilitate focus. Expecting them to work for hours on end, however, is merely setting them up for failure. Social skills training and occupational therapy intervention can also assist in improving the child’s functional skills. Team sports or yoga can be other opportunities to build attention span and improve focus on the task at hand. Medication can also serve as an adjunct in improving attention span and reducing hyperactivity. However, consultation with a specialist is recommended before commencing any pharmacological intervention.

Most important though, compassion and a positive attitude are vital for our neurodiverse population to blossom. All of us have strengths and weaknesses and it is important that we not let a diagnosis define an individual, but simply speak to one facet of their personality. With awareness and acceptance, we can strive for a society where neurodiversity is embraced and individuals are supported to make for a healthy, happy new tomorrow.