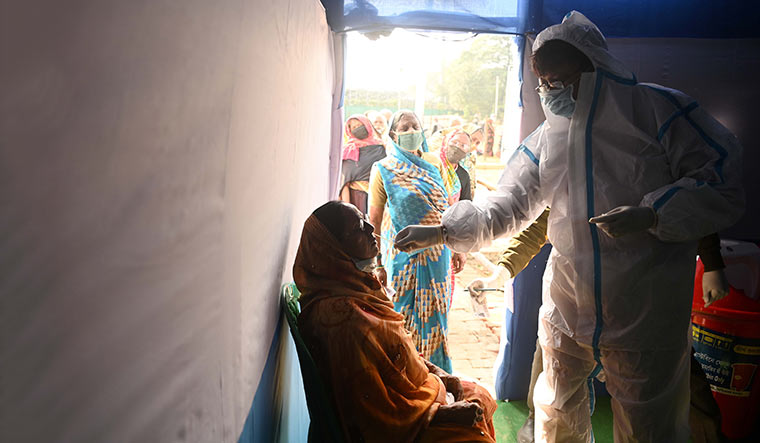 India witnessed a sharp rise in active Covid-19 infections in April—close to 2,500 cases were recorded in 24 hours. Delhi alone recorded 501 fresh cases in a day, taking the daily positivity rate from 4.42 per cent to 7.72 per cent. Haryana, too, reported close to 250 cases, of which around 200 were from Gurugram.

The governments of both Haryana and Uttar Pradesh have brought back the mandate of masking and following Covid-appropriate behaviour, less than a month after the country was opened up post the third wave. What does this mean for India? Should we brace ourselves for another wave?

Professor Manindra Agrawal is in-charge of the IIT Kanpur-CII Risk Surveillance Centre—a collaboration between the IIT and the Confederation of Indian Industry, to monitor infectious diseases. Agrawal, who developed the Sutra mathematical model (to predict the trajectory of a pandemic), shares his thoughts on the situation. Excerpts:

Cases have risen and masking has returned as a mandatory measure in some places. What does this mean? Is there a fourth wave coming?

Very unlikely. The reason is that there is little evidence of any new mutants so far and the old mutants or variants have already run through our population. So, it does not look like these can cause any waves now.

But there remains the possibility a new variant.

Yes. But so far, there is not much evidence of any such mutant. As per reports, the XE variant, which is a recombinant variant of Omicron’s sub lineages BA.1 and BA.2, has not been detected so far. 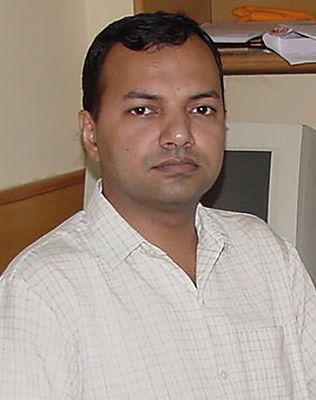 Is that because of a lack of sufficient monitoring of new genomic variations?

That is quite possible. We cannot rule it out. That is the only reason why the possibility of a fourth wave exists.

Why do you think we are not doing it aggressively?

Can the acquired immunity wane, leading to infection among those who are vaccinated or were already infected?

Yes. But when you look at the overall percentage of people among whom the immunity has waned, and here I am talking about immunity acquired by previous infections, it does not seem to be more than 10 per cent. The other 90 percent will remain immune.

As per reports, the B.1.617 variant (Deltacron XE) was first sequenced in October 2020, but it went largely unnoticed.

The way these viruses mutate is a mysterious phenomenon. What is certainly known is that a large number of variants get created. Most of them die out and only a few survive who have a higher potential. Genome sequencing or any other mechanism is always a delayed observation. Because when a new variant gets created, for a significant time the number of such mutants in the overall population will remain small and it will take time to spread. So genome sequencing is unlikely to catch it. For example, in South Africa, the first observation of Omicron was in November 2021. But it is likely that Omicron may have been created a year before that. So the variants may be present long before they are found.

Tell us about your own mathematical model.

I have been saying consistently that there is a low chance of a fourth wave in India. The model—Sutra—computes the trajectory of the pandemic by estimating certain parameter values. These parameter values tell us how the pandemic has been spreading in the country. Right from September-October last year, the pandemic had spread all over the country, more or less, as per our model. The immunity level had crossed 75 per cent. After the Omicron wave, it crossed 90 per cent. The immunity I am talking about here is not vaccine immunity, but natural immunity.

We applied the model to 40 other countries and observed the trajectory of the Omicron wave. What became clearly is that in the countries where natural immunity was high, the impact of the Omicron wave was low. In the countries where natural immunity was low, Omicron was serious. And this is independent of how much vaccination happened in that country. So what that tells us is that maximum immunity has protected well against Omicron and we believe that this will continue against any other variant in the future. So with India showing a natural immunity of over 90 per cent, the chances of a fourth wave are not high.

What we are seeing today is only a ripple. And this ripple is bound to come any time when you remove restrictions. So the current rise in numbers may well be because of that. This will subside after some time.

India is giving the same vaccines as booster or precautionary doses. Should we not find out which vaccine would work best as booster?

Personally, I do not think that booster is of any use. May be in those who are immunocompromised. In the rest of us, it is important to remember that the vaccine does not protect against the infection, but against serious infection. So it is not clear why most of us need the booster dose at all. It is more psychological than anything else.