Some people have the ability to resist infection 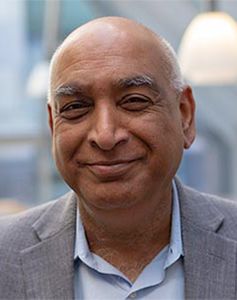 Ever wondered why some people never get Covid-19? “In every disease, there is a group of people who don’t get it,” said Dr Shiv Pillai, professor of medicine and health sciences and technology at Harvard Medical School. An India-born immunologist and geneticist, Pillai said our immune systems are designed to be a little diverse. That diversity protects us as a species, he said.

In an exclusive interview, Pillai discusses the aftermath of the pandemic among other things. Excerpts:

How long do you think Omicron will hold sway?

As long as I’m alive something like this will be around. We can only hope that it will become something like the common cold coronaviruses. We may come to a point where we have variants that are transmissible but are less pathogenic.

The virus has no interest in killing anybody. The virus’s evolution is not directed towards killing. It is directed towards the entry. To survive, it has to evade our immunity to some extent. We can hope that evolution will take us to the point where it will still be transmissible but not that virulent.

We are lucky in some sense that Omicron has changed so much. Its biology has changed a bit. That is not to say something worse cannot come. The reasonable hope is that these types of viruses like Omicron will dominate. It is hard to get rid of this virus.

What are your biggest fears about Covid-19 right now?

We fear that something like Delta can come back. Delta can be somewhere where there is no Omicron. It may hang around. But it still needs a human host to transmit it. The whole world is connected. So anything could happen.

The general hope is that Omicron and its other variants are taking over. They will spike. They will decline. They will come back in unvaccinated populations in particular. Hopefully, it will be a little milder next time.

Omicron does not give very good immunity against Delta. We are okay if it stays with something like Omicron.

The WHO has issued a warning against the BA.2 sub-variant. How worried should we be?

In India, it is mainly BA.2. which is somewhat different from BA.1. Not huge. Some differences. There may be biological differences. Denmark has had BA.2. The whole of South Asia has BA.2. It has been less virulent than the past variants. The peaks are coming down. But yes, let us not assume the virus will not cause severe disease, death, and infection. It will. But the vaccinated are better off. With vaccines, drugs, and so on, we can come to a decent equilibrium where we live with the virus and not be worried about it that much. 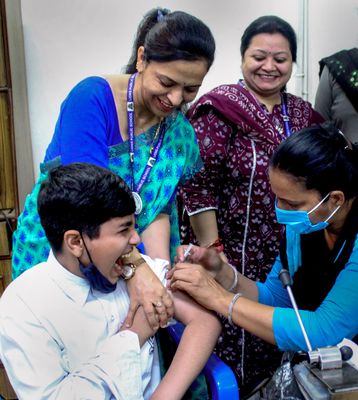 Shot in the arm: A student gets vaccinated in Gurugram; children aged 12 to 14 began getting shots on March 16 | PTI

What are the chances of further mutations and something more severe emerging out of Omicron?

There is always a chance that it will happen. It is possible. It will use this form or change a bit so it can enter but maybe not go into the lung as much. That’s the hope.

How confident can one be that we wouldn’t see another wave as we saw in the last few months?

I think you can be confident that it will never be as major as the Delta wave in India. There could be a new virus that comes, not coronavirus. Maybe in ten years, it could happen.

In India people got complacent. They were not looking at data. People were holding all sorts of things and declaring victory over coronavirus. We should have seen what was happening in South Africa or Brazil at that time. There was no reason to believe we are superhumans. There was this broad thinking that we have some trained immunity.

If there is going to be a new and dangerous variant, the chances of infection are higher in South Africa, Brazil, and India. Why? In India, there are a lot of people with Tuberculosis (TB). People with TB and HIV are on the margins of society and are not looked after. When you are immunodeficient, the virus can start to mutate more. There should be monitoring in India, as everywhere in the world.

People in the US live in a highly sanitised environment and yet it was the worst-hit country.

Indeed, the US was badly hit. I’m not questioning that the US managed it badly. But I’ve no doubt the rates in India are much higher. In the US, everything has been accounted for. That is definitely not the case in India. If you look at deaths due to Covid-19 in India in a careful manner, you’ll understand it. In Brazil also, things were not fully accounted for. But that is not important. The US was not strong in its response.

Why is Omicron affecting children more than the previous variants?

Let me first say that there are two things here. First, Omicron is much more easily transmitted. In the past, children were somewhat protected. They stayed at home. They didn’t go out that much. And the virus was not easily transmitted as it is now.

Now what has happened is that we have a highly transmitted virus that may not be so pathogenic. But the number of children getting infected has gone up dramatically. There is not strong enough data to say it is more pathogenic in children. 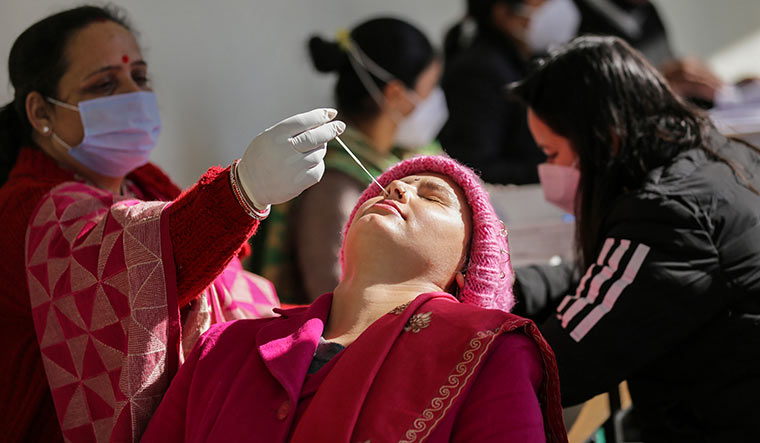 Living with the virus: A woman gets tested for Covid-19 in Jammu | PTI

Some people never get Covid-19. How would you explain this?

In every disease, there is a group of people who don’t get it. Even in HIV, which was thought to be lethal. One of my colleagues here discovered this phenomenon called ‘Elite Control’. Some people get infected and they clear the virus. They don’t get the severe disease.

For every disease, there is a range of pathologies. I can become a carrier of hepatitis and never get hepatitis, I just have that virus; or I can get acute hepatitis, chronic hepatitis, or cirrhosis. We are all genetically variable. We are not meant to be the same as far as our immune systems are concerned. That diversity exists to protect us as a species.

If you are in the same household and everyone has got infected and you looked after people, then we can say you have a genetic difference. Some people have the ability to resist infection. It is also possible that you were more careful.

Why is it that vaccines can provide better immunity than actual infections?

It is related to the work we did. The virus disrupts and incapacitates the better parts of our immune system.

Vaccination gives a good response. The infection makes your response less broad. Less broad means you can’t handle new variants. That’s the reality. That’s why I tell everybody not to rely on your infection. Vaccination after infection makes you very strong. But if you are not vaccinated, you’ll always be at a disadvantage.

How do you assess India’s response to the pandemic?

Initially, we took it seriously. I was in India when the pandemic broke in March 2020. I took the last flight out of India. That was when the lockdown came. Maybe there could have been more planning about the lockdown. I’m not blaming anyone. But I think they let down their guard ten months later.

Now they are serious. Vaccination has been a success in India. India has great drug companies and scientists. India has got great minds. You cannot get everybody to be vaccinated. Education is an issue. Those who wanted to get vaccinated have got vaccinated early. That is a success.

The licensing of drugs is all worked out. The companies in India can make the right drugs. The physicians are well informed. India can do extremely well. Much better than the US.

When I came to Delhi in March 2020, at least I was screened in the airport. People took it seriously. The country is big. It is difficult. All of that is true. You need a strong mindset that is pro-science.

In some of your previous interviews, you’ve spoken about how mRNA vaccines are superior to DNA vaccines. Could you elaborate on that?

I’m just going by the levels of antibodies. I’m not saying the other vaccines are not protecting. They are protecting.

The way it is making the spike and giving you an immune response seems to be better. A paper from Stanford that came out a few days ago made a head-to-head comparison between vaccines. The levels of antibodies are better with mRNA vaccines. There is no question about it. Overall, the results on protection are better for mRNA vaccines.

Do you think gargling or steam inhalation helps in preventing Covid 19?

No. I know in India somebody is trying to sell you nasal drops. Of course, they’ll protect you for a few minutes. But then it’s going to disappear. It’s not going to be there forever, unless you keep putting drops in your nose every two minutes. I don’t think we’ll be protected.

Has India reached the endemic stage?

No. It will reach. I think the whole world is reaching an endemic stage. We’ll get there maybe in a few weeks or so. I can’t officially call something endemic when the peak is still coming down.

Tennis player Novak Djokovic said he’d rather miss tournaments than be forced to get vaccinated.

There are a lot of people who are poorly educated and they assume because they are good at one thing, they know everything. I think you should have some humility about what you know and what you don’t know. On this issue, he has zero credibility. I love his tennis. I’m a great fan. I think he’s a great comedian as well on the sets. But I don’t think he has got it right here.

What did you miss the most during the pandemic?

Going out to eat. Meeting friends. Going to a big party. Enjoying with our students. All those things. We’ve had batches of students whom we’ve seen only with masks or on screens. Students who come in and then they don’t have cohorts to mix with because everything was restricted at that time. Things are getting better.

I miss coming home to India. I love India so much. I have not come for two years. I used to come twice a year.