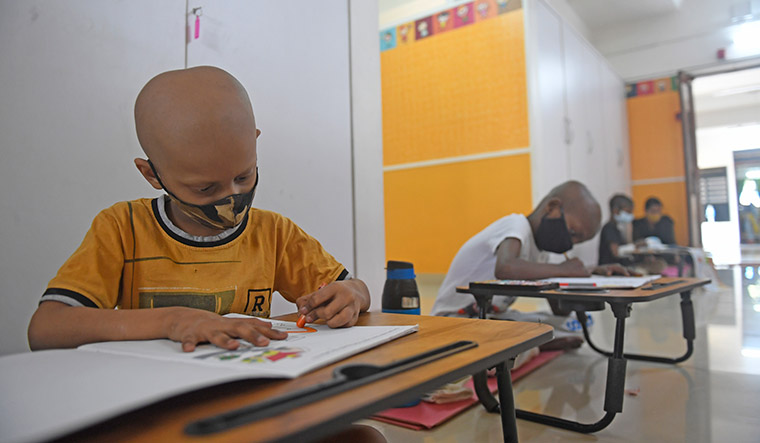 At the age of three-and-a-half Pranay Laccheta had one of his kidneys removed. Six solid tumours had formed around his kidney, making it extremely painful for the toddler to move. By the time he turned six, three solid tumours showed up again. This time near his spinal cord but relatively smaller in size. A second surgery was performed early this year that led to the diagnosis of Wilms' tumour—the most common type of kidney cancer in children, also known as nephroblastoma. By then Pranay's parents—Ritesh, a farmer and Pooja, a housewife—had already spent close to Rs6 lakh for the two surgeries, and treatment for cancer was beyond their means. Natives of Dhar—a district in Madhya Pradesh—all the couple was left with was a strong willpower to see their son through a disease they had heard for the first time in their lives.

Five months ago, hope came riding in the form of free paediatric cancer treatment offered by the Tata Memorial hospital in Mumbai and a 'home away from home' offered by the St. Jude India Childcare Centre in Mumbai's suburb of Sewri, where the family has been provided free lodging and boarding for as long as Pranay's treatment lasts. While the family is being given full support from the hospital and St. Judes in terms of medical treatment costs, daily food expenses and accommodation, it is the future that worries them.

"Given that our child had cancer, he will have to undergo expensive tests and routine check-ups even after he is cancer free. The expenses will never end," rues Ritesh. So far Pranay has undergone six chemotherapy cycles and 15 radiation cycles. 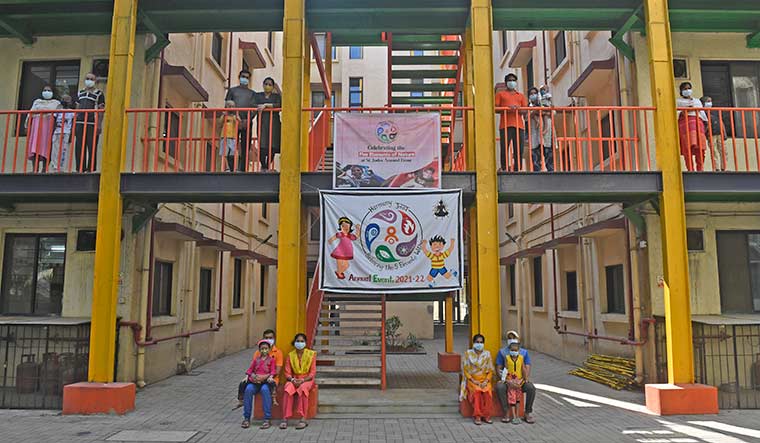 Bhars, a family of three from Bengal's Begampur, found shelter at St. Judes when they came for the treatment of their nine-and-a half-year-old son, Rana Bhar, at Tata Memorial after he got diagnosed with blood cancer eleven months ago. On January 7, 2021, Rana celebrated his ninth birthday. Within the next 15 days he was diagnosed with blood cancer. Now, less than a week to go for his 10th birthday, the young boy hopes to be free of the disease and head home.

On a bright afternoon a lean-looking Rana—his head shaven—immerses himself in a colouring book as his father Robin, a construction worker, looks on. Rana's teeth in the upper jaw have been completely extracted because of cancerous infection, due to which the boy is unable to eat comfortably; the doctor has advised plastic surgery when he turns 18. "We do not have the wherewithal to pay for the expenses once we are out of here," says Robin.

This predicament of the impending and long-term medical expenses long after a patient has been declared cancer free is commonly seen among families of cancer patients. According to a review analysis of the financial toxicity of cancer care in India carried out by a team of researchers comprising Kochi-based oncologist Dr Aju Mathew, Kozhikode-based medical student Jeffrey Mathew Boby and Hyderabad-based oncologist Senthil Rajappa, and published in the latest issue of Lancet Oncology, it is found that cancer is among the leading causes of morbidity and mortality in India and around 50 per cent of cancer patients and their families struggle financially to manage care for the disease. In India one-third of households with a cancer patient is estimated to spend more than half their annual per capita household expenditure on hospitalisation due to the disease. 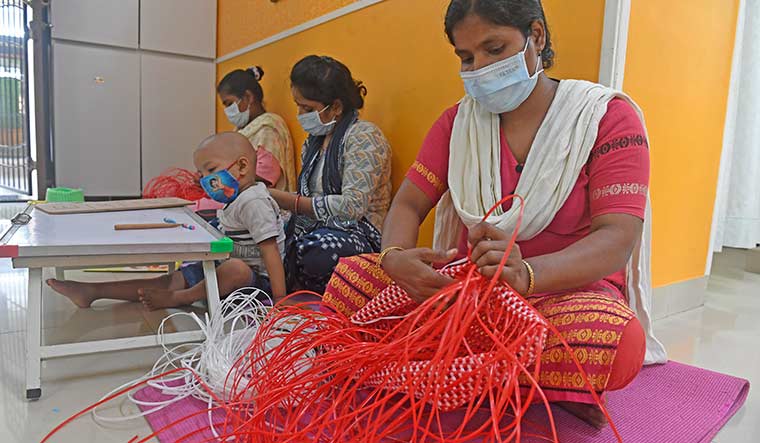 To pay the ‘catastrophic health expenditure’, patients and families often resort to distress (or hardship) financing—they borrow money, pawn jewellery, use up all their savings or sell assets. The main reason for this is the lack of insurance coverage for cancer patients in the country. "And for children suffering from cancer this is a big hit because for the rest of their lives they are denied insurance," says Anil Nair, CEO, St. Jude Childcare Centre, "The IRDA, which is the regulatory body for insurance coverage, has not allowed insurance companies to [cover]cancer patients. This is even if these patients are medically declared cancer survivors—which means after five years from the date of diagnosis they're not detected with cancer cells."

St. Judes, which provides free accommodation and holistic support to over 400 children with cancer, has been trying hard to get an insurance coverage for them. The organisation is currently present in nine cities, with 37 centres that can accommodate children with cancer and their families. In November, for the first time, children supported by St. Jude India ChildCare Centres (St. Judes India) during their treatment, and who are now cancer free for five years, will be provided health and accident coverage by Chennai-based Star Health and Allied Insurance Company.

The initiative will cover 596 children in its first year [270 children under health category and 326 children under accident category]. Each year at least 500 children are expected to be added to this group as part of a new St. Judes programme called St. Judes for Life, which ensures that children who have won the battle against cancer can fulfil their potential. “We at Star designed this cover to enable children who were diagnosed, treated and are cancer free for 5 years fulfil their aspirations without worrying about the cost of medical emergencies," says Dr Prakash, managing director, Star Health and Allied Insurance.

"It will help us live a normal tension-free life, and help us focus on our careers ahead," says Nazia Sayyed, 26, a cancer survivor who spent ten years at St. Judes since she was diagnosed with bone cancer as a nine-year old. She is now pursuing her masters after completing her B.Ed degree.

The pandemic further brought the need for health insurance for cancer patients into focus. "In the last two years I must have shelled out approximately Rs20,000 from my pocket for routine tests and ultrasounds as my doctor at Tata Memorial had asked me not to travel unless there's an emergency. This health insurance will benefit me a lot," says Ankit Mourya, 22, who is a cancer survivor and is currently pursuing a diploma in pharmacy.