Kalki Koechlin reveals the messy and marvellous secrets to parenting 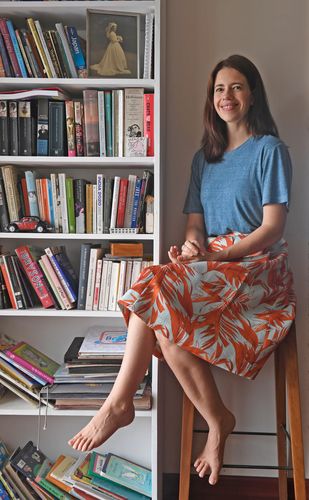 Before I got pregnant, I had a vague idea that one has to 'rest' in the first trimester and that it is a 'sensitive' time, but nobody told me to prepare for an alien invasion that would turn my insides out and transform me into a human incubating system of toxic gases and chemical imbalances...That was my first few months—every day a struggle, every smell a possible trigger, every effort disorienting and no one around me seemed to understand…. Generally popular culture doesn't talk about pregnancy except in stereotypes. She's either the crazy hormonal bitch who needs to park herself on the sofa for nine months and eat a lot of junk, or the magical, maternal, filtered Instagram mum, who seems perpetually caught photographed in soft sunlight falling on her newly found curves... The truth is pregnancy is a raw and overwhelming journey at best, and the more we talk about our real experience of it, the more the world around will accommodate our real needs….

This is an excerpt from Kalki Koechlin's recently launched illustrative book on motherhood, The Elephant In The Womb, a no-holds-barred account into motherhood, which the actor and now first-time author put down for "anyone who wants to veer away from some of the cliches attached to birth and babies and discover messy and marvellous secrets to parenting".

Last year, on February 7, Koechlin delivered her baby girl, Sapho. A few days later the pandemic hit India and about three weeks later the government announced a nationwide lockdown. A surge of emotions overwhelmed the first-time mom—ecstasy on being blessed with a baby and anxiety on managing everything alone. The struggles of breastfeeding, the hourly diaper changes, minute-by-minute caregiving and the incessant sleep deprivation in the face of a weak body have all been captured by the actor in the book. The Elephant In The Womb is a compilation of all her doodling and journalling during the lockdown as a way of keeping "the memory of motherhood alive", long after it got over.

"This is not a job meant to be done alone. Or with just a caregiving partner for that matter. The village theory proves to be true, it takes a whole community to satisfactorily share the exhaustive work of taking care of a new born, so that a mother can recuperate not only from the insane physical trauma of birthing but also from the emotional and mental toll it takes on the good part of a year of her life," writes the actor.

For Koechlin, who had a water birth, motherhood became even more significant given that the actor had in her past been through two abortions—the first in her 20s when she was "passionately against having children" and the second in her 30s in 2016 when her life was "significantly more independent, the pregnancy was unplanned and she didn't feel ready." Three years later, she decided to have a child.

"Writing this book gave me direction at a time when everything in the world came to a stop. I couldn't have done it without the practical help, mental strength and consistent love of my partner, Guy Hershberg. During the first lockdown in Mumbai, our cook, Sangeeta Kisane, agreed to work for us full time for a few months, helping with house work and our new born, and staying away from her own teenage daughter for six months. Her support and love also helped me find the time and energy to write," says Koechlin, in an interview to THE WEEK inside the living room of her modest residence in Mumbai, when she's able to spare close to an hour for uninterrupted conversation as her daughter takes a snooze in the adjacent bedroom. 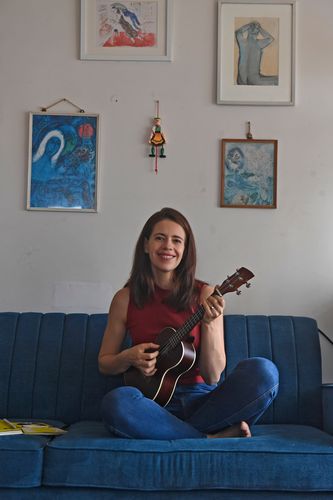 In the book, the actor writes how (post-delivery) she found herself with "an identity crisis that makes me struggle with ambition and jealousy. I'm OK with breast pumps, bottle feeds, daily heartbreaks and not being able to please everybody. I'm OK with asking family, friends, doctors, therapists, nannies, neighbours and traffic cops to understand me. I'm OK with being late, with taking a breath. With just hanging on by a thread or a couple of minutes sleep, knowing I'm nothing but a small cog in evolutionary biology. I'm OK with not being OK," she writes.

Was it difficult to get back to normalcy, as we've known Koechlin to be quite fit? She says she had always been fit and yet, "Here I was unable to get back to my headstand or the wheel stretch in yoga, unable to zip my high-waist jeans. And mentally, I didn't know day from night, who I was and who I'd be. I had only the present to contend with and presently I felt old."

One year and seven months after the birth of Sapho, Koechlin seems radiant, confident, assured and not a wee bit exhausted. She looks fit as a fiddle in a sleeveless tee and denims as she holds her ukulele in her hand while sitting on the sofa and sharing extremely simple and useful notes on weight loss and the journey to fitness post pregnancy. "Postpartum depression, as I experienced it, was an emotionally and physically depleting time full of hormonal inconsistencies and practical gaps in our social support system,” she says.

Towards the end of the book, Koechlin leaves the reader with stories of her interactions with other women who have been through the same "arduous" journey of motherhood and whose experiences can perhaps give the reader (a to-be mother) a sense that she's not alone and gain confidence from the solidarity of "being in this together”.