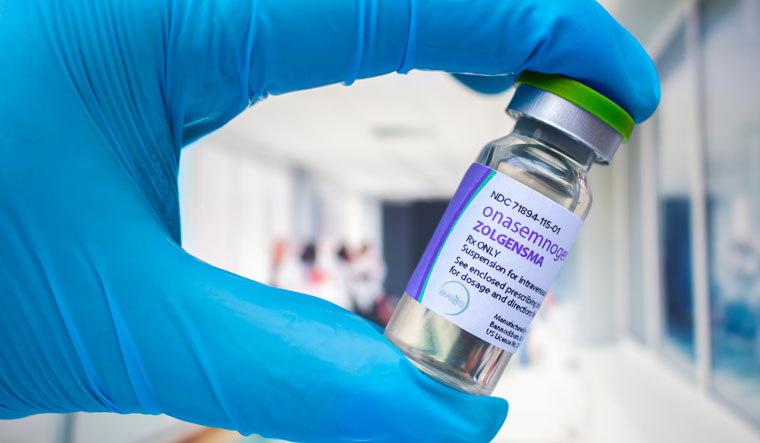 Onasemnogene abeparvovec!’ No, it is not an archaic spell from the middle ages, but a life-saving drug of the modern age that costs a lot. Sold under the brand name Zolgensma, Onasemnogene abeparvovec is the world’s most expensive drug. It has a reported list price of Rs18 crore per dose, and can prevent a rare genetic disorder in children. On March 8, this drug was approved by the United Kingdom’s National Health Service.

Zolgensma is a one-dose gene therapy developed to treat paediatric patients suffering from spinal muscular atrophy (SMA). Those who are suffering from SMA lose control of the movement of their muscles. This happens because of a genetic defect in a survival motor neuron, SMN1. Children suffering from SMA may face trouble in controlling their head movements and doing even basic activities like sitting or walking without help. Common symptoms of SMA are muscle loss and weakening in infants after birth.

Zolgensma was developed by a Chicago-based biotech company AveXis. In 2018, Swiss pharma major Novartis bought AveXis for $8.7 billion. The drug works by targeting the genetic root cause of SMA by replacing the function of the nonworking survival motor neuron gene with a new working copy of SMN1 gene. This working copy of the gene is delivered to the body using a vector—a virus called AAV9 with its DNA removed and replaced with SMN1. The drug received the United States Food and Drug Administration approval for use in patients under two years old in 2019; till August 31, 2020, around 700 children with SMA were treated with this drug.

However, the high cost of the drug has been a source of criticism. In August 2019, five US senators including Bernie Sanders and Elizabeth Warren wrote to the FDA in which they accused Novartis of “greed” and “data manipulation” to gain approval.

Novartis attributes the high price to the medical breakthrough it delivered by “dramatically transforming the lives of families affected by this devastating disease”. The amount of resources required to bring new drugs to the market is also cited as a reason for the high cost. A 2018 study by the Massachusetts Institute of Technology showed that just 14 per cent of all drugs in clinical trials receive the FDA approval, and a great deal of drug research would end in failure.

On March 16, Novartis released positive data from two studies of Zolgensma. The studies demonstrated that children with SMA treated pre-symptomatically with this gene therapy achieved age-appropriate motor milestones. The data shows that no serious or treatment-related adverse events were reported. The drug will be available through the NHS at an undisclosed discounted price.