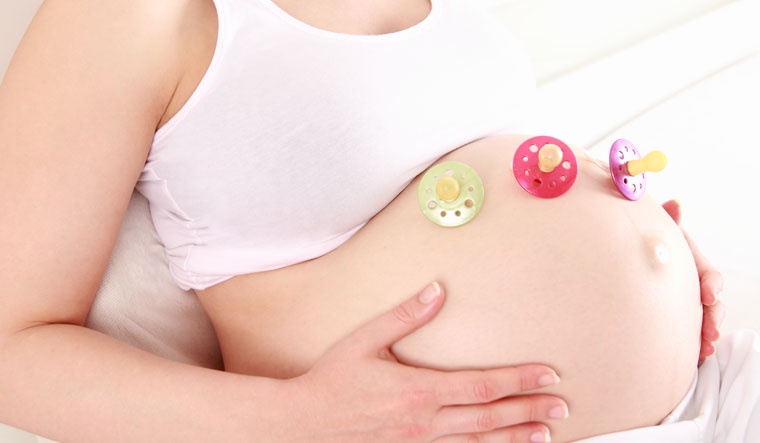 Can you get pregnant while you are already pregnant? The answer is a surprising yes. This rare phenomenon is known as superfetation. Babies born from superfetation are often considered twins since they are, sometimes, born during the same birth on the same day. Although, there have been cases in the past, the unusual pregnancy got popular recently after a TikTok user started documenting her superfetation gestational journey. She is expecting triplets after conceiving a third baby just ten days after the twins’ initial conception. Interestingly, this is her first pregnancy. The social media star (theblondebunny1) said that the first two babies are ten and 11 days older than the third baby, which let her and her fiancé know it was a second pregnancy.

In 2017, an American woman who had agreed to be a surrogate for a Chinese couple birthed two babies initially believed to be twins. Before the adoptive parents could return home to China, however, it was discovered that one of the babies was, in fact, the biological son of the surrogate. Doctors confirmed that the birth-mother had become pregnant with her and her partner's child roughly three weeks after becoming pregnant with the Chinese couple's child.

Usually, a pregnant woman's ovaries temporarily stop releasing eggs. The corpus luteum produces progesterone until about ten weeks of gestation which prevents ovulation from taking place. It is incredibly unlikely that you would become pregnant a second time even if you have sex after getting pregnant. Of the few cases of potential superfetation reported in medical literature, most have been in women undergoing fertility treatment. About 10 per cent of women can ovulate twice a month and in that, 0.3 per cent get pregnant a second time. So, how would the second ovum get fertilised by a sperm cell? This is almost impossible because once a woman is pregnant, her cervix forms a mucus plug that blocks the passage of sperm. This mucus plug is the result of elevations of hormones produced in pregnancy. Another unlikely event is the implantation of the fertilised egg in an already pregnant womb. This requires the release of certain hormones that wouldn’t be released if a woman is already pregnant. There is also the issue of having enough space for another embryo. The biggest complication of superfetation is that the babies will be growing at different stages during the pregnancy. When one baby is ready to be born, the other foetus might not be ready yet. Imagine, carrying a child in the womb for a couple of days more after delivering one!