There is a widely held belief that depression and anxiety disorders are afflictions of the rich. A recent research review published in the Science magazine, however, says that within a given location, those from the lower strata of the society are 1.5 to 3 times more likely to experience depression or anxiety than those from an affluent background. In India, 3.4 per cent of people from poor neighbourhoods experience depression at a given time, compared with 1.9 per cent from the affluent section.

More than 264 million people of all ages suffer from depression worldwide. There is a misconception that depression is simply a mood swing or a short-time emotional response to a life event. Contrary to that, depression can be long-lasting, can develop into a serious health issue, and can even lead to suicide. According to the World Health Organization, around 8 lakh people commit suicide because of depression every year.

Although there are effective treatments available for depression, a large majority of patients from the poor background receive no medical support for their condition. The WHO stats say that between 76 per cent and 85 per cent of people in the low- and middle-income countries get no treatment for depression. This is mainly because depression is perceived as something too “trivial” to worry about by a lot of people, or something of concern to those who have money and time to waste on psychiatrists. Poor availability and service of mental health care services also contribute to the above stats. 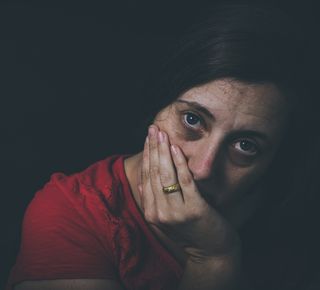 The most important finding of the research review is that there is a “bidirectional causal relationship between poverty and mental illness”. Several factors are mediating this causal chain. Volatile income and expenditures can result in worries and the uncertainty caused by them can worsen depression. People living in poor neighbourhoods are also more exposed to crime, trauma, pollution, extreme temperatures and disturbed sleeping environments. All these factors could affect mental health, too.

Mental illness, in turn, could affect the economic situation of individuals. Depression affects the way people think and affects productivity at work. It may also hinder education and skill acquisition among youth. Mental illness in parents can affect children’s cognitive development and education.

Studies have shown that multifaceted anti-poverty programmes can produce mental health benefits. In 2015, Nobel laureate Abhijit Banerjee and his team published the results of a large-scale randomised evaluation of a “graduation programme” in six countries that provided participants from a poor background with a mix of assets, cash support, incentives, training, and health care for three years. Their study found that all these have improved the index of their psychological wellbeing by 0.1 standard deviations—an increase in happiness and a decrease in mental distress. Longer-run effects of such programmes, when measured, appear to be even larger for both economic outcomes and mental health.

The relation between poverty and depression had been overlooked until now. But the fact is mental health care should be considered as an effective anti-poverty tool.