William Shakespeare certainly had an affinity for sleep disorders. He allowed many of his protagonists to suffer from nightmares, sleepwalking, sleep talking, insomnia and sleep apnoea. Macbeth’s nightmares―after murdering King Duncan―are perhaps the most popular among them. In one episode, Macbeth reveals to his wife that he cannot sleep at night because of nightmares: “Ere we will eat our meal in fear, and sleep in the affliction of these terrible dreams that shake us nightly.” Macbeth can certainly find some solace now―there is a new “digital therapy” to reduce sleep disturbances related to nightmares. Dubbed NightWare, the US Food and Drug Administration (FDA), on November 6, approved this new wearable technology as an effective way to provide a restful night’s sleep for those suffering from nightmares or post-traumatic stress disorder. 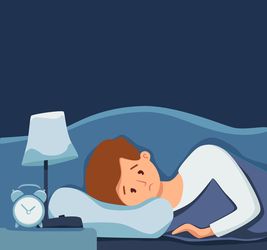 The exact mechanism behind the occurrence of nightmares is still unknown. But there are a whole lot of circumstances that can trigger a nightmare. These include stress, anxiety, trauma, sleep deprivation, certain medications, substance abuse, or other disorders like depression. And, when it comes to PTSD―a disorder caused by a traumatic or haunting event in the past―nightmares are one of the defining symptoms of the condition itself. A study by the University of Pittsburgh School of Medicine found that about 80 per cent of people with PTSD experience frequent nightmares.

Interestingly, nightmares are more typical in children―especially those between ages three and six―than adults. Experts say that this is because children are more vulnerable to threats compared to adults, and a nightmare is a partial reflection of this vulnerability. Nightmares tend to decrease after the age of 10.

NightWare is the first digital therapeutic device ever to be indicated for reducing nightmares in adults. It uses an AI-powered software installed on an Apple Watch and iPhone to monitor an individual’s sleep cycle. It collects the data points and creates a unique, customised sleep profile for each user using a proprietary algorithm. The collected data is sent to a cloud service to be reviewed by a health care professional. Whenever the platform observes an elevated heart rate or movement associated with a nightmare, it produces a gentle alert vibration that would interrupt the nightmare, without waking the user. The application can adapt well―if it senses that it woke up the user with its vibration during a nightmare episode, it will vibrate less next time to avoid waking.

The clinical study on 70 patients in a 30-day randomised trial showed that this digital technology can improve the sleep quality of its users, including those suffering from PTSD, significantly. NightWare is available only through a physician’s prescription. Also, it is not a standalone therapy for PTSD; it should be used in conjunction with other medications prescribed by the doctor. Also, people who have conditions of nightmare-induced sleepwalking and violence are advised not to use this product.