A new study reveals that direct contact matters for our wellbeing 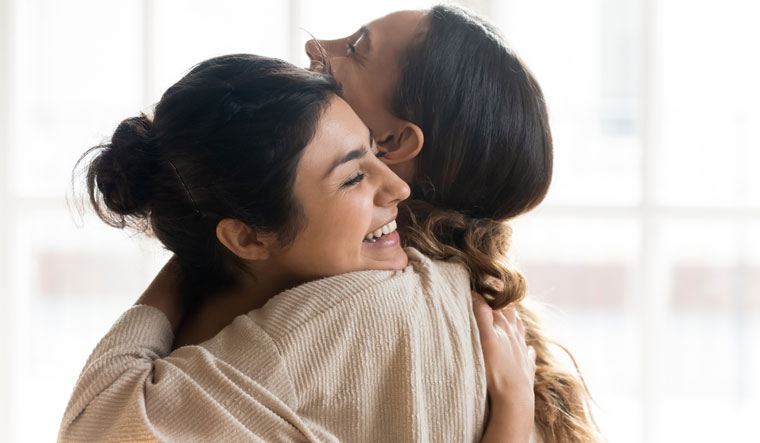 In mid-February, I wrote about the start of the Touch Test, one of the largest surveys into touch and how much we want it. When I read it back now, those discussions seem like the chatter of a lost Eden: the “handsiness” of office predators; the awkwardness of “one cheek kiss or two?”; ways to disengage from the prolonged clamminess of an extended double-handshake. So much focus on excessive touch; we were drowning and now, we are dying of thirst.

I remember one of my editors suggesting we include the warning from a leading virologist for people to avoid “hugs and kisses”. We did, in the spirit of what seemed then its absurdity. And now here we are, at a socially distant two metres. When we meet our friends, we say hello, then with a rueful smile at the ridiculousness of it, wave, tap elbows or mime a hug. We are not “close” any more. The world has had pandemics before, but we have embarked upon something unique: six months into an experiment in touch hunger.

“And now, here we are,” says Michael Banissy, a psychology professor at Goldsmiths and one of the leading experts in the field of touch research. He conducted the Touch Test in partnership with the BBC and the Wellcome Trust. Of course, this time we are talking on the phone. In February, I met him at his office. If I had worn a mask, used hand sanitiser or avoided a handshake, I would have looked like a mentally fragile Michael Jackson or Howard Hughes. We laugh about his timing; some have said this is the worst possible moment for touch research to be conducted, but of course it is also the best. “We could not have planned this, to poll 40,000 people just as touch was changing so much in society,” he says. “It is crazy really.”

When asked if society enabled us to touch enough, 43 per cent of people answered no, the most common answer. When asked if they got enough touch in their lives, 54 per cent of people said no. This survey overlapped with lockdown by only one week, but subsequent work has shown that the measures of “skin hunger” or “affection deprivation” have all risen since then. These rises are offset by some families who are spending far more time together than normal and there are a minority, about a fifth, who find touch unpleasant. This year has been an orgy of splendid isolation for them. Just three per cent of people said they had too much touch in their lives. Were they all parents of toddlers, I ask? Banissy laughs, evasively.

“There is an important distinction when we talk about touch, we focus too much on quantity, not quality,” says Banissy. “It is one thing to be tapped on the shoulder, but to be able to hug your parent, that is what we are missing out on. When people are having a hard time—and people are having a hard time at the moment—it is being able to put a hand on their shoulder. There is so much in that one tactile interaction that words cannot convey.”

Katerina Fotopoulou is a professor of psychodynamic neuroscience at University College London who was involved in the Touch Test research. Her lab has since followed up with further studies during lockdown. During three weeks in lockdown, she surveyed British people and found that their craving for touch understandably grew alongside their anxiety.

She also asked them how willing they would be to use various kinds of robotic touch, such as stroking a fur-covered robot cat. At the start of lockdown about a third of respondents were willing to receive “digitally mediated touch”, which was consistent with results found in the Touch Test, but lockdown had a surprising effect.

“As Covid-19 restrictions progressed,” says Fotopoulou, “people became less likely to want to use these technologies. It is almost like the more they missed the real thing the more the robot-substitute appeared like a gimmick.”

There is a certain type of touch that people are particularly missing. Scientists call it “affective touch”. It includes the kind of stroking a mother would give her baby, the petting of a cat or a consoling rub on a friend’s arm. In primate babies, lack of touch is linked to disrupted brain development and immunity. Among humans, 20th century Romanian orphanages are a heartbreaking case study. However, in adults the dearth of tactile affection can be linked to stress, aggression and depression.

Fotopoulou asked people in lockdown to watch videos of three types of affective touch: a human hugging a child; a human petting an animal; a human hugging a tactile robot. Their brains reacted pleasurably with a smaller boost of the kind if they were experiencing the touch themselves. “What we found is that it really benefits their mood. It instantly becomes substantially better, but it does not seem to apply for robot touch.” 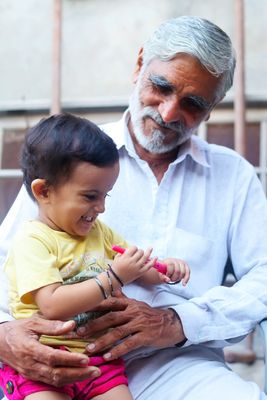 “On the one hand, it can be beneficial to see cuddles,” she continues. “On the other, it possibly drains our resources because you also have the feeling now that this is not the socially appropriate thing to be doing.”

This is not a nail in the coffin for the field of haptic (robotic touch) technology; there are a lot of researchers redoubling their efforts in this pandemic. It is more refining what humans can tolerate from robots. In the Touch Test, about half of the people surveyed were happy to use something such as a massage chair, but only 13 per cent were open to the idea of a device that transmitted a long-distance handshake.

There are, of course, many types of touch, but there is a nerve in our bodies called C tactile afferent that responds to a specific gentle, slow stroking (it has an optimal speed, about 3cm to 5cm a second, but don’t worry, you do this kind of stroking naturally with a cat). This sends signals to the brain that are linked to levels of oxytocin, dopamine and serotonin: the well-being cocktail.

Fotopoulou’s lab has done numerous studies on this kind of touch, showing how in adults, even if administered by a complete stranger—one of the researchers (a strange image, to have “stroking” scientists, but all for a greater cause), “it down-regulates responses to pain, and the same goes for emotional pain, too”.

I ask Fotopoulou, given her wealth of research on this topic, if there is any way to get around the awkwardness of greeting friends. “The overarching answer is no,” she says, but she has noticed friends tapping each other, elbow-to-elbow. This, she says, mimics a handshake, a professional and brief kind of touch. “But that is not affective touch,” she says.

It is not comforting. Instead, Fotopoulou has wondered if it would be better to rub shoulders or forearms. “It is better they keep the face out of contact, and the palm, and anyway affective touch does not require the palm,” she says. “So, say rubbing, forearm-to-forearm. Or some people rub shoulder-to-shoulder. It activates affective touch and is better than nothing.”

My friend says this will make a weird time twice as weird, but I like this a lot. I like the idea of rubbing back-to-back with an old pal or sibling, like a big hairy bear in The Jungle Book. I am not sure if it would pass muster with the stricter interpretation of pandemic precautions, but maybe that makes it more fun.

“The other thing that people fail to realise,” Fotopoulou continues, “is when we are saying goodbye to somebody we love, that moment of lack of touch is particularly acute and particularly felt, but this is not the same as a complete lack of touch. Even though we are not touching, the brain is thinking very much about touch in that moment. And so a few months or even years of the virus is not going to erase thousands of years of evolution. There is a certain resilience in the system.” 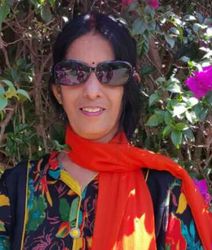 I miss the embrace of my loved ones

I have locked myself in for the past eight months. The only time I went out was last month when I had a strong desire to visit my sisters and hold my granddaughter. I had not seen her for six months. But, to come together felt more impersonal than talking over the phone because we maintained a distance, and avoided hugs and closeness. I could not even embrace my grandchild. I miss the warmth of togetherness. I miss the embrace of my loved ones. 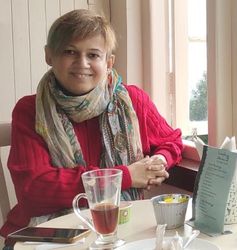 Hugging a friend made me so happy

A few days ago, after eight long months of being alone at home, I hugged a friend and it gave me so much happiness. I hosted a potluck at home for my close friends. In those two hours, those small things which we take for granted, such as sitting on the same sofa, an encouraging pat on the shoulder or a friendly handshake, all seemed so endearing and fulfilling. 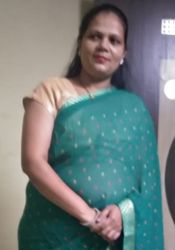 I have been concerned about letting my children, aged seven and 10, out of the house fearing that they might catch Covid-19. They have not met their friends for a long time and this is having a negative impact on their minds. They really yearn for physical presence, just meeting over a Zoom call is meaningless for them. That sense of happiness which comes with physical touch including shaking hands, playing together, hugging and embracing are all crucial for their development and that is what worries me the most.