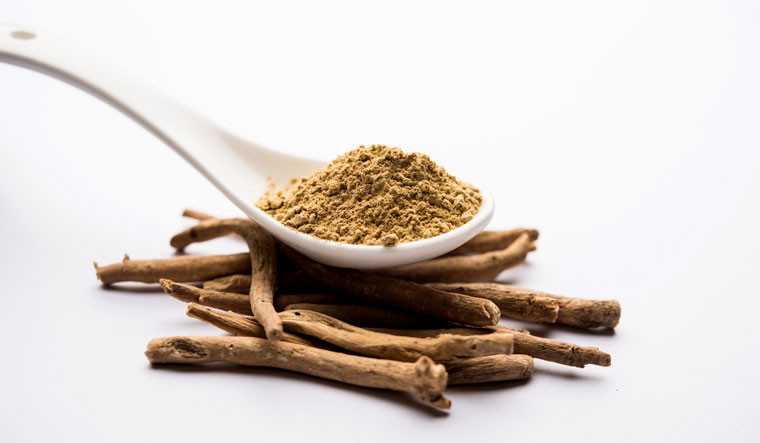 On October 6, Union Health Minister Harsh Vardhan released a new Covid-19 management protocol that listed yoga, dietary measures and certain ayurvedic formulations like Ashwagandha for prevention and treatment of mild and asymptomatic cases. The Indian Medical Association, the largest body of private practitioners in the field of allopathy, was quick to slam the move. It demanded the health minister “come clean... If not, he is inflicting fraud on the nation and gullible patients by calling placebos drugs”.

AYUSH doctors countered the IMA’s statement, asserting that ayurveda is an age-old, well-established science, and “not a placebo”. Apparently, a study published by IIT Delhi and DAILAB @ AIST (National Institute of Advanced Industrial Science and Technology), Japan states that Ashwagandha—considered the king of ayurvedic herbs—may, in fact, hold an efficient anti-Covid-19 drug.

Ashwagandha (Withania Somnifera), commonly known as Indian winter cherry, is used in ayurveda as a rasayana—any preparation that improves general health by stimulating the body’s immunity. The literal meaning of Ashwagandha is “smell of horse”: The fresh roots of the herb emit the smell of a horse; also, there is a common belief that consuming extracts of the herb may help humans develop strength and vitality similar to that of a horse. The herb contains a range of constituents like withanolides and sitoindosides that protect the cells from oxidative damage and disease.

Ashwagandha has been appreciated in many cultures. There is a legend in Greek mythology in which Apollo finds this herb and gifts it to his son Asclepius—the god of medicine. There are also accounts suggesting that Alexander the Great and his army used to drink wine containing Ashwagandha to boost their energy.

The research by the IIT-D and AIST found that “natural compounds from Ashwagandha and propolis [bee glue used by bees to assemble the hive] have the potential to be effective anti-Covid-19 drug candidates”.

As part of the research, the team targeted the main protease (Mpro) of the SARS-CoV-2 virus. Mpro is a key enzyme of the Covid-19 virus, which plays a major role in mediating viral replication. They observed that Withanone, a natural compound derived from Ashwagandha, and Caffeic Acid Phenethyl Ester (CAPE), an ingredient of New Zealand propolis, have the potential to inhibit the activity of Mpro, thereby blocking replication of the virus. The study has been published in the Journal of Biomolecular Structure and Dynamics.

While publishing the findings, the researchers mentioned that the drug development for Covid-19 may take a while, and in the current scenario, easily available and affordable natural resources like Ashwagandha “may offer some preventive or even therapeutic value”.