Farming is Indian, not Iranian 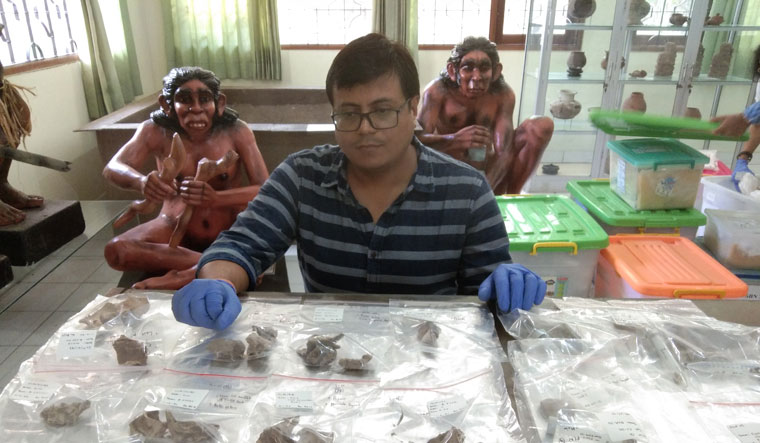 A research paper he co-authored—published in the September 2019 issue of Cell—had courted controversy by concluding that agriculture had developed indigenously in India, not through migrations from Iran's fertile crescent. While politicians have used the findings to support their beliefs on ancient India, Niraj Rai, 37, is clear that he will neither be influenced nor be intimidated by politics. Excerpts from an interview with the group head of Ancient DNA Lab at Birbal Sahni Institute of Paleosciences, Lucknow

Q/ How did you conclude that agriculture developed indigenously in India?

A/ The DNA we sequenced [from the remains of the woman found in Rakhigarhi] showed that it had separated more than 12,000 years ago from an ancestor common to Harappans and Iranians. Since farming in the fertile crescent of Iran developed only after that, Iranians could not have contributed to farming in India. This finding corroborates with other evidence of agriculture in the Indus Valley Civilisation, like fossils of charred grains discovered in the pre-Harappan settlement of Kunal, in Haryana, and Mehrgarh, a Neolithic site in Pakistan.

Q/ The findings have been controversial.

A/ Controversies are fun. Let people talk. Our findings are based on science. Cell accepted our paper within seven days of its submission, which is rare. Normally, it takes months, even years, to review and re-review a paper. I have noticed that western scholars are usually more open [to new findings]; in India there are political overtones. Here, the left wing is more accepting of new ideas, while the right wing is in a rush to prove its established ideas.

Q/ The paper is complementary to right wing ideology.

A/ This is science. Tomorrow, if my research shows something that is not in complement, I will still publish it. There seems to be more talk than action [by politicians]. There is furore over cow protection, but there are hardly any studies on the genetics of cow evolution in India. In Kasaragod, Kerala, there is a breed of dwarf cows, but there is no protection policy, let alone research on the breed. They are only protected by locals.

Q/ What project are you working on in Indonesia?

A/ It is a collaborative project with the Indonesian government on the ancestry of its people. We discovered 50 skeletons in Java and Bali; their burial style is megalithic, very similar to those in ancient south India. I am excited, as the findings seem to indicate that migrations from India to Southeast Asia are much older than we thought. There is a lop-sided focus on the peopling of India from the west, but the peopling of Southeast Asia from India is just as fascinating.

A/ If we have better databases of ancient DNA, we get a better understanding of the origin of diseases and there is higher scope for finding cures. For instance, when agriculture began in India, there was no diabetes. When and how did the mutations for diabetes occur?