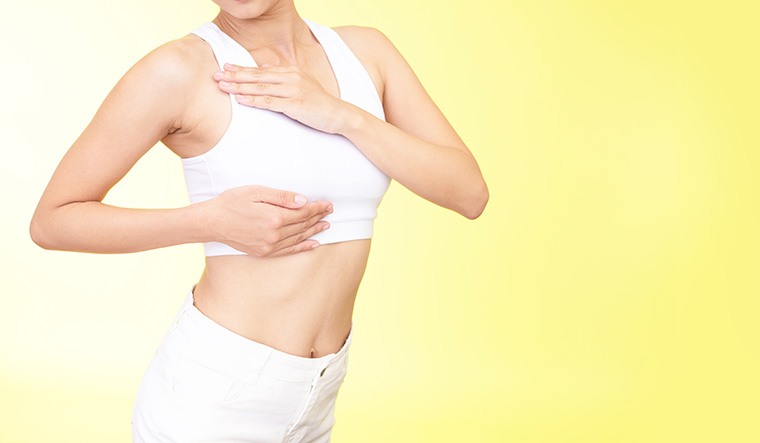 The estimated number of cancers diagnosed in India in 2018 was 11.5 lakh, of which 8.13 lakh people died. Cancer contributed 8.3 per cent of the total deaths in India in 2016. Breast, cervix, lip/oral cavity, lung and stomach cancers are the top five killers in Indian women. While cancer is scary, most women do not know the common symptoms that will help diagnose it early. Moreover, majority of Indian women live in rural areas, and lack of awareness and negligence often result in ignorance of symptoms until it is late.

So it is important to know the warning signs or 'red flags' that are likely to point towards cancer, and see a doctor at the earliest.

The five important things to look for:

■ A painless lump in the breast: Every year 1.5 lakh Indian women develop breast cancer, and it kills almost 75,000 a year. In the west, mammography is a normal procedure, which is not done in India. In fact, more than 20 per cent women with breast cancer come to doctors when it has already spread to other organs. A very easy and simple self-breast examination can be done monthly, after your periods. This can bring into notice any abnormal and painless lump. Other signs that could indicate breast cancer include a lump felt in the armpit, blood stained nipple discharge, sudden onset of inverted nipple and orange peel like appearance of breast.

Bottomline: any painless lump in the breast needs evaluation to rule out cancer.

■ Vague and persistent symptoms: Sometimes symptoms can be vague like distension of belly, weight loss, generalised weakness, persistent pain in the pelvic/abdominal area, and recent alteration of bowel habits. Other vague symptoms include losing more than 10 per cent of your weight without much change in diet, persistent indigestion, the urge to urinate all the time and losing fat from your arms and limbs even as the waist expands. Such non-specific, vague symptoms, when persistent, can indicate cancer, especially ovarian cancer.

■ Non-healing ulcer in mouth: This is not just because of stress or lack of vitamins. Sometimes a non-healing persistent ulcer on lips/mouth can indicate a cancer. Smoking, liquor consumption and chewing tobacco are the most common risk factors.

■ Persistent cough: A cough that persists for more than two weeks needs evaluation. Often, it is not cancer. However, if a cough is associated with blood-tinged sputum, a recent hoarseness of the voice, breathlessness or sharp chest pain that increases with deep breathing and coughing, it could indicate lung cancer. Unfortunately, by the time the patient feels troubled by lung cancer it would have already spread. There is a saying, “The eye sees all, but the mind shows us what we want to see.” So it is important to know what to look for, that could point towards an underlying cancer.