The ghost behind grey 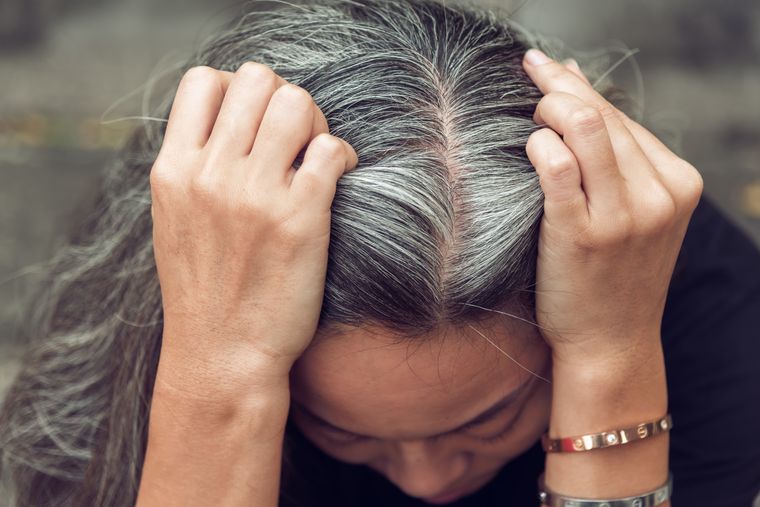 Marie Antoinette, the last queen of France, is best remembered for her reckless extravagance and her tragic death. French revolutionaries executed her with a guillotine in 1793 for treason. Popular belief is that her hair turned grey the night before her death.

There are other stories and anecdotes like this which suggest that stressful experiences are correlated with the phenomenon of hair greying. Now, for the first time, Harvard University scientists have found the real mechanism behind it.

Published in the journal Nature, the study was initiated with the aim of analysing the effect of stress on various tissues. Hair and skin are the tissues that are visible from outside. So, the researchers started with effects of stress on hair colour.

Their initial hypothesis was that stress initiates an immune attack on pigment-producing cells in the hair follicles. However, when they tested it on mouse, they found those lacking immune cells (nude mouse) also exhibited hair greying. Then, their attention turned to a hormone called cortisol. It is responsible for regulating a wide range of processes through the body, including metabolism and the immune response. In response to stress, extra cortisol is released to help the body to respond appropriately. Surprisingly, when the researchers removed the adrenal gland from the mice—to prevent production of cortisol-like hormone aldosterone—and triggered stress, their hair still turned grey.

When these stem cells take norepinephrine, they are activated excessively and all of them get converted into pigment-producing cells. This would prematurely deplete the reservoir for pigment-producing cells. Once all of them are consumed, pigment regeneration would stop, resulting in permanent damage. The fight-or-flight response has been traditionally viewed as beneficial. But now it is proved that it has its own detrimental effects, too.

The study established how neurons interact at the cellular and molecular level to link stress with hair greying. The findings are expected to put light on the broader effects of stress on various body parts. The scientists will initiate new studies that seek to modify or block the damaging effects of stress.