The pain of laughter

Involuntary cackling can alienate people, but can be managed with treatment 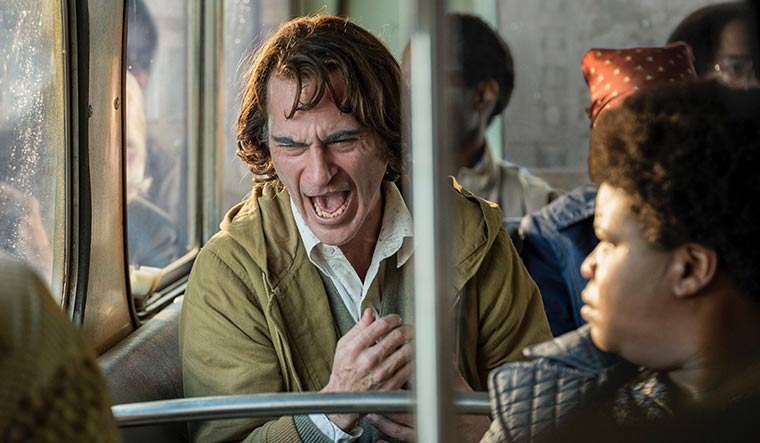 Hollow chuckle: A still from Joker

For 16-year-old Neerja Naik, who lives in the Navsari district of Gujarat, the recently released Joker was more than a film. It was a depiction of what her mother was going through every day. Though the movie was about the origins of the Batman super-villain, it was the uncontrollable, episodic and heartbreaking laughter of Arthur Fleck, played by Joaquin Phoenix, that haunted moviegoers for days. Fleck, who later transforms into Joker, has a mental illness that makes him laugh involuntarily, mostly at inappropriate moments. The same happens with Vrutti Naik, Neerja's mother, except that the 36-year-old also has episodes of unintentional crying.

Just a few days ago, while Neerja and her grandmother were talking casually, Vrutti broke down sobbing. The episode lasted more than five minutes and scarred the college girl. “She was never like this,” says a teary-eyed Neerja. “We had a cheerful and happy mother who was always sure of herself and would go out of her way to care for us. But now, she seems to have lost control. The other day, just as she was drinking water, she broke into laughter and spilled the water. There was no reason for her to laugh, but she could not control it. It was as if her emotions were flowing out without her knowing it.”

Experts call the condition the pseudobulbar affect, in which random episodes of pathological laughter and weeping take place, but are completely disconnected from one's actual mood at the time. “It is a case of pseudobulbar palsy (loss of control of facial muscles), which causes the pseudobulbar affect and leads to behavioural disturbances, including involuntary laughter and crying,” says Dr Sudheer Ambekar. The skull-base and endovascular neurosurgeon at Jaslok Hospital in Mumbai has been treating Vrutti for a while now. “In a way, the connection between what the person expresses and what she experiences is lost,” he says. 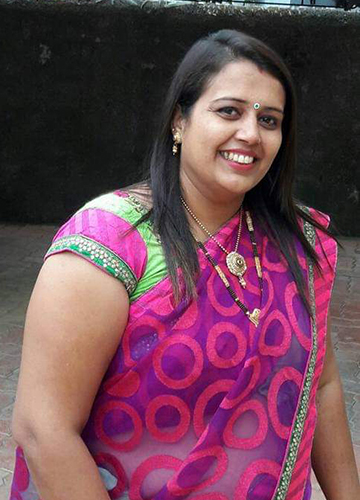 Vrutti Naik, who put on weight after her stroke, felt angry at not being able to control her laughter.

Vrutti first went to Ambekar about ten months ago; she had suffered a stroke due to a blockage in one of the main arteries supplying blood to the brain stem. But there were logistical delays, and by the time the surgery to remove the blockage was done, the brain stem had been damaged. “She had permanent damage in the brain stem because of the stroke. PBA is basically a brain stem phenomenon,” says Ambekar.

Dr Rajiv Mehta, a psychiatrist at Sir Ganga Ram Hospital in Delhi, believes that any infection in the prefrontal cortex of the brain—called the “emoting part”—leads to an uninhabited flow of emotions. “Once that area becomes infected, all inhibitions are lost, and the duration, frequency and intensity of emotions increase manifold,” he says. “So, in a way, everything is normal, but in excess.”

Traumatic brain injuries or neurological conditions—including stroke, epilepsy, multiple sclerosis and drug abuse—are the primary reasons for PBA, as they can impair the area responsible for controlling emotions.

Fortunately, PBA is a rare disorder and affects only one in ten thousand people. “I must have seen hardly three or four PBA patients in my career,” says Mehta. He remembers one of those patients—a 55-year-old—clearly. “It had begun troubling his family because even when the mood around was sombre, he would suddenly start laughing,” says Mehta. “Once, when one of his family members was talking about his daughter's divorce, the man had two extended episodes of loud laughter and crying in a span of 20 minutes, each lasting well over three minutes.”

As people often misunderstand the laughter, the patient suffers from isolation, neglect and depression. In the movie, for instance, Fleck carries a card that explains his condition and gives it to people who are offended by his outbursts.

Vrutti, on her part, felt angry and helpless on being betrayed by her own emotions and for not being able to do much about it. “Sometimes she acts like a child who goes into this phase of sudden outbursts,” says Neerja. “The doctors have prescribed mood stabilisers and antidepressants, which help calm her down. She has also begun reading books, and keeps herself engaged.”

The stroke had left Vrutti, who is obese at 136 kilos, paralysed on the left side and incapable of standing up on her own. And for Anju Desai, Vrutti's sister-in-law, seeing her in such a condition was a rude shock. Just three months earlier, Desai had nursed her husband, who had a stroke, back to health. Interestingly, he did not show signs of PBA. “Not all stroke patients suffer from PBA,” says Dr Pankaj Agarwal, a neurologist at Global Hospitals, Mumbai. “Ninety per cent of the time it happens in cases of repeated ischaemic strokes that affect both sides of the brain and interfere with facial muscles. There are many who go along smoothly as there is no impact on the small part of the brain called the medulla. So, the person is able to speak and swallow well and also remains in control of her emotions, irrespective of an external emotional stimulus. With time, PBA patients do improve, especially with the help of anti-depressants.”