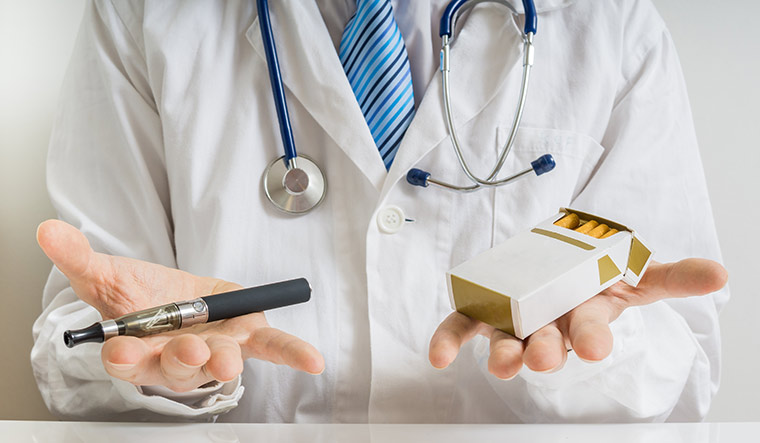 Health policy should aim to add years to life and add life to years. As smoking and oral tobacco take so many lives in India, reducing the number of such deaths should be high priority for policy makers and medical professionals. Fortunately, technological advances have made that task easier.

In 2004, Chinese pharmacist Hon Lik developed the world’s first commercially viable electronic cigarette. This produces an aerosol that provides nicotine while avoiding the tar and other toxic products of tobacco combustion.

British psychologist Michael Russell once observed that in the UK of the 1970s, people smoked for the nicotine but died from the tar. He called for the development of safe forms of nicotine, minus the toxic products of tobacco combustion. A decade and a half ago, Russell’s prayers were answered, through vaping.

Vaping mimics many of the characteristics of smoking while providing similar blood concentrations of nicotine, making it easy to switch from combustible cigarettes.

In several countries, vaping and other lower-risk methods of consuming nicotine are disrupting the cigarette market at an exponential level. The global vaping industry will soon be worth more than $40 billion.

In business circles, the phenomenon of ‘disruptive innovation’ is well recognised. This happens when a major technological advancement, such as smartphones, takes off and destroys older and well-established industries.

For example, in Sweden, a moist, oral form of tobacco known as ‘snus’ has been popular among men for many decades. This is often taken as a teabag-like pouch placed between the gum and the upper lip. The tobacco for snus is pasteurised, which largely destroys nitrosamines, a chemical compound mainly responsible for head and neck cancers in people consuming oral tobacco.

Possibly because of this, smoking-related diseases and deaths are much lower among Swedish men than men in all other EU countries. Swedish snus has been well studied and is regarded as proof of the concept of tobacco-harm reduction.

India needs to find low-risk forms for nicotine delivery and encourage people to switch to these options.

Notably, Australia is the only rich country that has a de facto ban on vaping. Recent smoking rates in Australia have been flat despite aggressive tobacco control policies such as plain packaging, high and still rising cigarette prices and restricted cigarette availability and legal opportunities for smoking. However, the smoking rate has dipped more in countries like the US and the UK, where vaping is a readily available option.

Harm reduction aims at reducing the adverse health, social and economic costs of psychoactive drug use rather than aiming only to reduce or eliminate consumption of the drug.

Fortunately, evidence and common sense eventually prevailed in that debate. Needle and syringe programmes were allowed, as were methadone and buprenorphine treatment, and HIV was brought under control.

Similarly, it was found that in countries where authorities make it easy for smokers to switch to safer options, the decline in the smoking rate has accelerated.

However, in India, the opponents of tobacco-harm reduction are well organised and receive ample international funds. Like other forms of harm reduction, tobacco-harm reduction is a ‘bottom-up’ rather than a ‘top-down’ movement. So, decisions made in the streets and villages are more important than decisions made by officials behind closed doors in big cities. The vaping industry began and is still largely a movement of smokers and ex-smokers, but a desperate cigarette industry is now trying to rapidly catch up and has been buying the most successful vaping companies.

It is time India reconsidered its approach to controlling the prevalence of oral and smoking tobacco. That will only happen if Indian doctors make it happen.