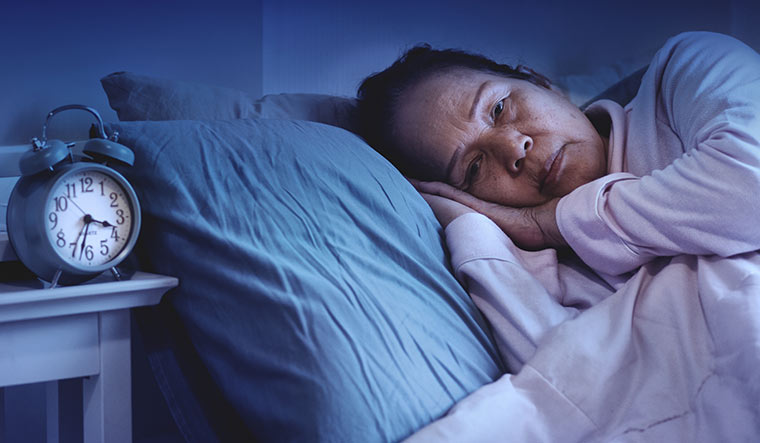 Loud snoring is more than just an annoyance to your sleep partner. A new study presented at the American Academy of Neurology's 71st annual meeting suggests that people who snore loudly and have sleep apnoea might have an increased risk for Alzheimer’s disease.

WHAT IS SLEEP APNOEA?

Sleep apnoea is a sleep disorder that causes you to stop breathing temporarily and repeatedly during sleep. The breathing pauses can last from a few seconds to several minutes.

The most common type is obstructive sleep apnoea. It causes the upper airway to become blocked during sleep, reducing or completely stopping airflow. Central sleep apnoea, another type of the disorder, occurs when the brain fails to send signals to the muscles that control breathing.

According to an Indian study published in the Asian Journal of Pharmaceutical and Clinical Research in 2018, 13.7 per cent of the 1,012 Indian participants had the disorder. It was more common among men and those aged between 50 and 59.

If you snore and feel extremely tired and sleepy during the day, you may have sleep apnoea. Other symptoms include gasping for air during sleep, insomnia, waking up with a dry mouth, morning headaches, sexual dysfunction, irritability and difficulty in concentrating.

WHO IS AT RISK?

Sleep apnoea can affect people of all ages and both sexes, but it is more common in men. Also at risk are people who are overweight, have a family history, are above 50, smoke, drink alcohol, have large tonsils and have a thicker neck circumference. Medical conditions such as endocrine and neuromuscular disorders, heart or kidney failure and certain genetic syndromes can also increase the risk.

People with sleep apnoea are at a higher risk for car crashes and workplace accidents because interrupted sleep can make them drowsy during the day. They also have an increased risk for a number of medical problems including type 2 diabetes, hypertension, glaucoma, metabolic syndrome, heart, kidney and liver problems and cognitive and behavioral disorders.

The current study adds Alzheimer’s disease to the list.

The study found that people with sleep apnoea have a higher accumulation of tau, an Alzheimer's disease biomarker, in an area of the brain that is important for memory.

Tau is a protein that forms into tangles inside brain cells and disrupts their ability to communicate with other cells. This can induce neuro-degeneration. This toxic protein is found in the brains of people with Alzheimer's disease.

“A person normally has fewer than five episodes of apnoea per hour during sleep,” study author Diego Z. Carvalho of the Mayo Clinic explained in an American Academy of Neurology news release. “Bed partners are more likely to notice these episodes when people stop breathing several times per hour during sleep, raising concern for obstructive sleep apnoea. Recent research has linked sleep apnoea to an increased risk of dementia, so our study sought to investigate whether witnessed apnoeas during sleep may be linked to tau protein deposition in the brain.”

The study included 288 people, aged 65 and above, without cognitive impairment. The researchers used PET scans of the brain to look for accumulation of tau tangles in the entorhinal cortex, an area of the brain in the temporal lobe that helps manage memory, navigation and perception of time. This area is more likely than other parts of the brain to accumulate tau.

Those who had sleep apnoea had 4.5 per cent more tau in the brain than those who did not have apnoeas, even after accounting for factors that affect tau levels in the brain, such as age, sex, education, cardiovascular risk factors and other sleep complaints.

However, according to the researchers, it is not fully clear if sleep apnoea causes the buildup of tau protein tangles, or if higher levels of tau causes sleep apnoea.

Lifestyle changes such as losing weight, quitting smoking and limiting alcohol intake may help address mild cases of sleep apnoea. For moderate to severe cases, breathing devices, such as a CPAP (continuous positive airway pressure) machine, and mouthpieces or oral appliances may be recommended to help maintain an open airway during sleep. If all other options fail, surgery may be required.