Sleep apnoea can go undiagnosed for many years 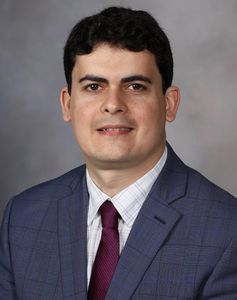 How did you connect sleep apnoea to tau accumulation and Alzheimer's disease?

We asked the bed partners of the participants of the Mayo Clinic Study of Aging—a large population-based cohort of community-dwelling older adults from Olmstead County in Minnesota—whether they had observed stop breathing events (apnoeas) during sleep. We found that those participants who were seen having these episodes had higher levels of tau protein in the entorhinal cortex. Since tau protein accumulation is one of the major hallmarks of Alzheimer’s disease and is associated with cognitive decline, we concluded that it was possible that this association between sleep apnoea and dementia could be in part explained by higher tau accumulation. It is important to note however, that 1) the study did not include sleep studies to confirm whether the participants who had those episodes indeed had the condition called obstructive sleep apnoea, but they were certainly at higher risk of having the condition; 2) this was a cross-sectional analysis so we cannot make any final conclusion on causal-effect relationship as that would require watching these patients over time (longitudinal studies).

What is the relevance of the study for patients with sleep apnoea?

First of all, sleep apnoea can go undiagnosed for many years. Many people might have been told they stop breathing during sleep and have not sought medical attention because they did not feel particularly bothered by it. Most patients don’t share their sleep issues with their primary care providers. This study raises the red flag for patients.

Often, patients with sleep apnoea try the CPAP mask during sleep and feel uncomfortable with it and simply give up on treatment because they may not be aware of the consequences. With modern masks that are more comfortable and a little more effort to get used to it, these patients could benefit. We don’t know yet whether treatment of sleep apnoea slows down tau accumulation, but this is a possibility. Since we don’t have good treatments to stop or slow down the dementia process in Alzheimer’s disease, it is better to do everything we can to avoid it.

Do you recommend brain imaging as screening for patients with sleep apnoea?

No. Sleep apnoea should be diagnosed with sleep studies and be treated. If there is cognitive decline associated with it that does not improve with treatment of the sleep apnoea, then brain imaging with an MRI may be indicated as part of other investigations to check for causes of cognitive decline. The tau PET used for this study is experimental and has not been validated as a diagnostic tool.

Are you planning a larger prospective study to establish the causality for Alzheimer's disease?

Yes. We will continue to follow these participants and check not only for tau accumulation, but also conversion to dementia.

Do you think timely treatment of sleep apnoea can prevent tau accumulation and Alzheimer's disease?

We don’t know about that yet. However, it is possible that it could slow it down. As tau accumulation occurs even with aging alone, we don’t expect that the treatment will stop it completely.