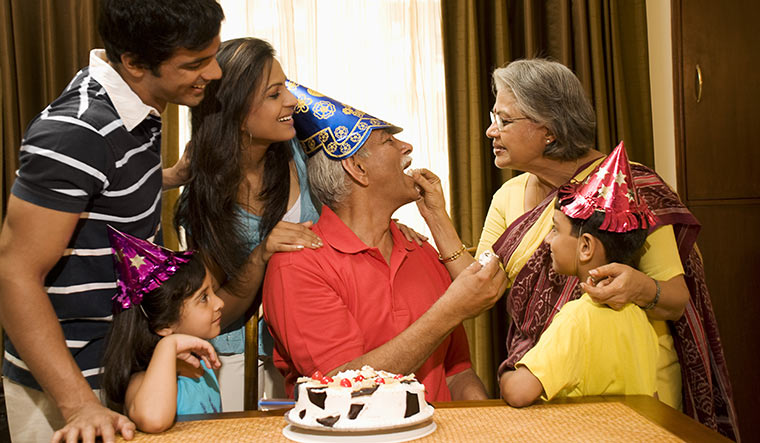 An ageing population is one of the most crucial social concerns and will impact every aspect of the society, including familial and cross-generational relations. As per the World Population Prospects: The 2017 Revision, the global elderly population is expected to reach 2.1 billion in 2050. In India, it is likely to form 11.1 per cent of the total population (estimated 15.87 crore people) by 2025. It is alarming to note that about 86 per cent of senior citizens are unaware of their human rights, and only 68.8 per cent have access to health care. Apart from the neglect and vulnerability brought on by old age, deterioration in physical well being, earning capability and social stature are numerous other challenges that the elderly face.

Jared Diamond, a famous American geographer, historian and author, said, “The idea that it is human nature for parents to make sacrifices for their children and, in turn, for their grown children to sacrifice for their ageing parents turns out to be a ‘naive expectation’. This assumption ignores the undeniable conflicts of interest between generations.” The reality is glaring. A recent survey in Japan, the world’s technological leader, indicated that at one point the amount of neglect and abuse of the elderly had become so high that people began hating those they had to care for. In a bid to curb this, the government offered long-term care insurance to those who took care of elders over 65. This, combined with the insurance policies for those above 40, and taxation, was a fragile attempt at restoring the dignity of the elderly in Japan.

Protecting the elderly must go beyond ensuring their safety and health. They must be enabled to live with dignity, a factor that has been disregarded both culturally and at the policy level. Their needs are not just medical, but also economic, social, psychological and physical. Their well being can only stem from institutional changes.

Articles 41 and 47 of the Indian Constitution mandate that there be provisions for public assistance to the elderly, and improvement of public health is among the state’s primary duties. To fulfil the constitutional duties and also to honour various international commitments, India’s first National Policy on Older Persons was introduced in 1999. These early policies were formulated with a rights-based implementation and envisaged a wide range of interventions to ensure all-round well being of the aged.

It is time that this segment of the population is reimagined as economically valuable owing to their experience. Policies that can help retain or employ senior workers or special credit schemes for the retired to begin small businesses could be one way to empower them and make them feel respected and valued.

Several government schemes have been launched in the last few decades that directly cater to the elderly, especially those from the rural and financially weaker sections. These include free health care, health and life insurance schemes, old-age pension, reduced fares in public transport and widow pension. However, many still lack access and awareness. There needs to be a more proactive approach in this regard wherein this segment understands the facilities available and is able to utilise them.

The elderly become increasingly homebound due to a reduction in mobility and physical activities. Often, children leave their parents in villages or different cities to go and work elsewhere. This loneliness causes major strain on mental health and can lead to diseases like Alzheimer’s and dementia. It should be ensured that the elderly don’t get cut off from active social life. Periodic social get-togethers and interactions can be helpful in such cases.

In a large number of cases, the ageing population finds it more difficult to execute their daily life tasks, especially those who live alone. There should be a support system in place to take care of their needs such as delivery of daily essentials, housekeeping, banking, regular medical checkups, legal and financial advice in various matters, household repair and other such allied services. For instance, State Bank of India recently announced the delivery of banking services at the doorstep for senior citizens.

Another key factor that often results in a decline of elderly well being is the lack of nutritional awareness, which leads to health problems and diseases. There should be a concerted effort at spreading awareness among the elderly about these aspects. Such awareness campaigns must also incorporate a system for monitoring and providing corrective measures wherever needed. It is a known fact that muscles and immune systems become more vulnerable with the passage of time. Hence, at-home provision of health checkups, immunisation and non-intensive health care should be made available by all stakeholders jointly.

Despite being a real and massive challenge, the growth in the population of older citizens can be turned into an opportunity. Strategic planning and implementation of policies can turn their post-retirement years into some of the most productive and fulfilling times. While these are measures at the policy level, on the personal front, there is a need to give them a life of dignity and inclusion. After all, health takes a backseat only when other parameters are not in agreement.