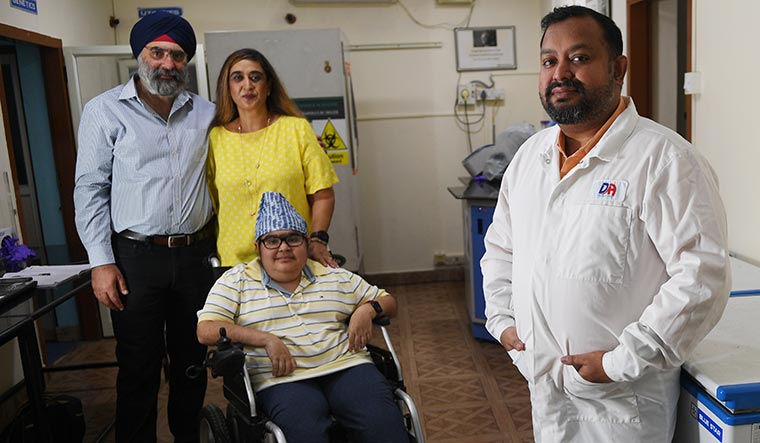 When was DART established?

In 2012 with the idea of initiating research leading to treatment that would provide support to children affected by DMD (Duchenne muscular dystrophy) and their families.

What is the role of DART in DMD research? What scientific strides have happened in recent years, with respect to finding a cure or treatment?

DART is the first research laboratory in India focusing on DMD research. We are working towards a realistic treatment option to alleviate and reverse the dystrophy condition at the genetic level, thereby enhancing the quality of life of affected children. The research programmes have been partially funded by state and Union government agencies, including ICMR (Indian Council of Medical Research).

DART is a DSIR (department of scientific and industrial research, Union ministry of science and technology) recognised research lab. In February 2017, Hanugen Therapeutics was started as a spin-off of DART with the aim to make the skills and technology of antisense oligonucleotides (AOS: small pieces of DNA that can modify the production of protein by cells) available to those suffering from genetic disorders.

Currently, Hanugen Therapeutics has obtained the manufacturing licence from the Indian Drug Licensing Authority for the upcoming clinical trials of DART.

What is the strategy behind the process of exon-skipping?

In human genes, there are non-coding sequences (introns) and the protein coding sequences (exons). In patients with disease-causing mutations, skipping or masking the non-functional exons can work to establish a situation where cells can produce a shortened but functional form of the dystrophin protein (which is deficient or undergoes mutation in DMD).

An estimated 80 per cent of DMD patients have genetic mutations (alterations in gene) that are amenable to exon-skipping.

In DMD, an exon or exons are deleted. This interferes with the rest of the gene being pieced together. For the dystrophin protein to work, it must have both the ends of the protein. Hence, whenever there is a mutation, it results in a completely non-functional dystrophin protein and severe symptoms of DMD.

In exon-skipping, AOS are used to mask the exons that need to be skipped.

In the future, the targeted next generation sequencing (NGS) may become a single platform to detect all types of mutations in the DMD gene. NGS could provide precise genetic information for emerging gene therapies.

(DART was founded by Movin Anand and Ravdeep Singh Anand whose son Karanveer Singh is afflicted with DMD. Karanveer, 22, is wheelchair-bound. He is currently pursuing his Bsc.)