Diagnosed with DMD at 3, he is the first person with the disease to don doctor's coat 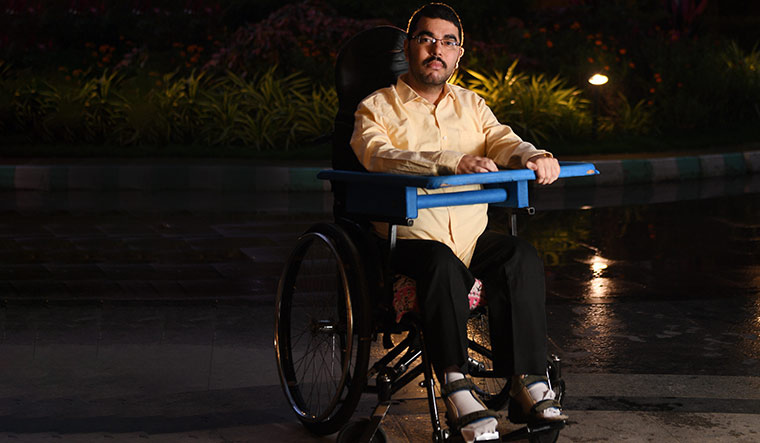 Ruk jaana nahin tu kahi haarke…. Kaaton pe chalke milenge saaye bahaar ke (Do not stop even if you feel lost, you will meet the shadow of spring even as you walk on thorns.)

Anybody meeting Dr Sarthak Kamath would tend to recall this song from Imtihaan (1974).

Sarthak was diagnosed with a rare disease called Duchenne muscular dystrophy (DMD)—a genetic disorder that causes muscular weakness, mostly in boys—at three that left him wheelchair-bound. Today, the 30-year-old spirited, bright-eyed Bengaluru resident is the first person with DMD to become a doctor and an MD in psychiatry.

His mother, Sneha, says that when Sarthak was three, he would fall repeatedly and his calf muscles had become prominent, medically known as compensatory hypertrophy of the calf muscles. “When we got him examined by our paediatrician, initially his condition was diagnosed as ‘flat foot’,” recalls Sneha. “Hence, special shoes with ‘insoles’ for the plantar aspect of the feet were provided.” But there was no improvement in Sarthak’s condition. At times, he would walk on his toes because his sole muscles were weak. “When he was five, special diagnostic tests like CPK (creatinine phosphokinase) and genetic tests were carried out at NIMHANS, Bengaluru,” says Sarthak’s father, K.N. Kamath, an engineer from Manipal Institute of Technology. The tests confirmed DMD. His parents were shocked. “We had to gulp down the bitter news like a ghora visha (horrible poison), since we could not discuss it with either of our parents,” says Kamath.

Till the age of 12, Sarthak somehow managed on his own, walking on toes and sitting down at frequent intervals. But then one day at school, he could not get up from the bench and he became wheelchair-bound. That was also the time when a repeat PCR (Polymerase Chain Reaction) test and a muscle biopsy re-confirmed his DMD diagnosis.

Sarthak was in class seven, and half the academic year was already over. The school said that they could not make arrangements for one student and asked his “parents to take the transfer certificate”. “The school did not even allow me to appear for my class seven final exams,” recalls Sarthak. “It was emotionally quite devastating for me.”

But his mother was not one to give up. Sneha kept looking for a school near home that would take Sarthak in without complaints and some compromise. “We owe it to Parvathy Vishwanath, principal of Acharya Shree Maha Prajna School, who, for Sarthak’s sake, got all class seven students shifted to the ground floor,” she says. “Though Sarthak had to repeat an academic year, we were happy to see him in a school environment, that too in our neighbourhood itself.”

Sneha, too, joined the school as a class teacher on the principal’s advice. That way, she could help Sarthak with his washroom needs and during lunch hour. When Sarthak was in class eight, a security guard would carry him to the second and third floor for certain classes, says Sneha. When Sarthak was 15, he underwent a minor surgical procedure to prevent tightening of calf muscles. 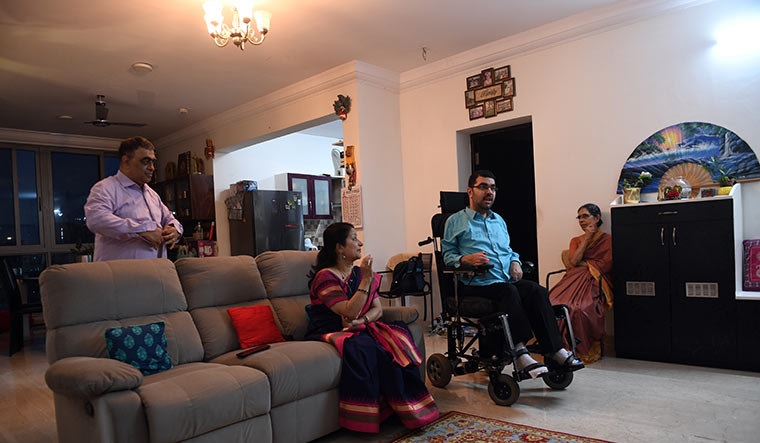 Tight unit: Dr Sarthak with parents, Sneha and K.N. Kamath (to his right), at home in Bengaluru.

A challenge that Sarthak had to tackle on his own was the change in syllabus, from Central board to state board. But he took on the challenge with élan—he scored 91 per cent in his class ten exams. But it was not just academic books that he read in high school. Since he could not be part of the physical training/sports period, he took to reading novels, especially those by Dan Brown. A classmate who loathed the PT period would stay with him for those 45 minutes.

Sarthak decided to take science [Physics, Chemistry, Maths, Biology] in college despite people advising him against it. “Many people advised me not to pursue science, considering my condition, but I was determined to become a medical doctor,” he says.

Sarthak was especially fascinated by neuroscience, thanks to Dr Subbarao Belawadi, a general physician. He was in class nine then, and Dr Belawadi was teaching him to cope with his physical disability without letting it affect him emotionally. “Dr Belawadi used a method called ‘Modified Visualisation Therapy’, wherein I had to imagine what I wanted to achieve in my life, and simultaneously brush aside all negative thoughts associated with DMD, which used to creep in quite often,” says Sarthak. “His advice helped me manage my temper and focus on my ambition. I was also tremendously influenced by the story of Dr David Hartman, who became the first blind psychiatrist in the world.” He also counts theoretical physicist Stephen Hawking, paralympic Deepa Malik and Australian-American motivational speaker Nick Vujicic, born without arms and legs, among his role models.

While in high school, Sarthak learnt to play chess under the guidance of chess master Raja Ravi Sekhar. He also started playing music on the keyboard. In college, he won several prizes in quiz and debate competitions. “I even won a prize in the ethnic wear competition,” he says.

Sarthak took tuitions for his medical entrance exam, and got admission at M.S. Ramaiah Medical College in Bengaluru in the physically challenged category. He had secured fourth rank in the said category. Though his ranking in the general category (below 2,000) got him a seat in two colleges, he did not consider them as they were both outside Bengaluru. 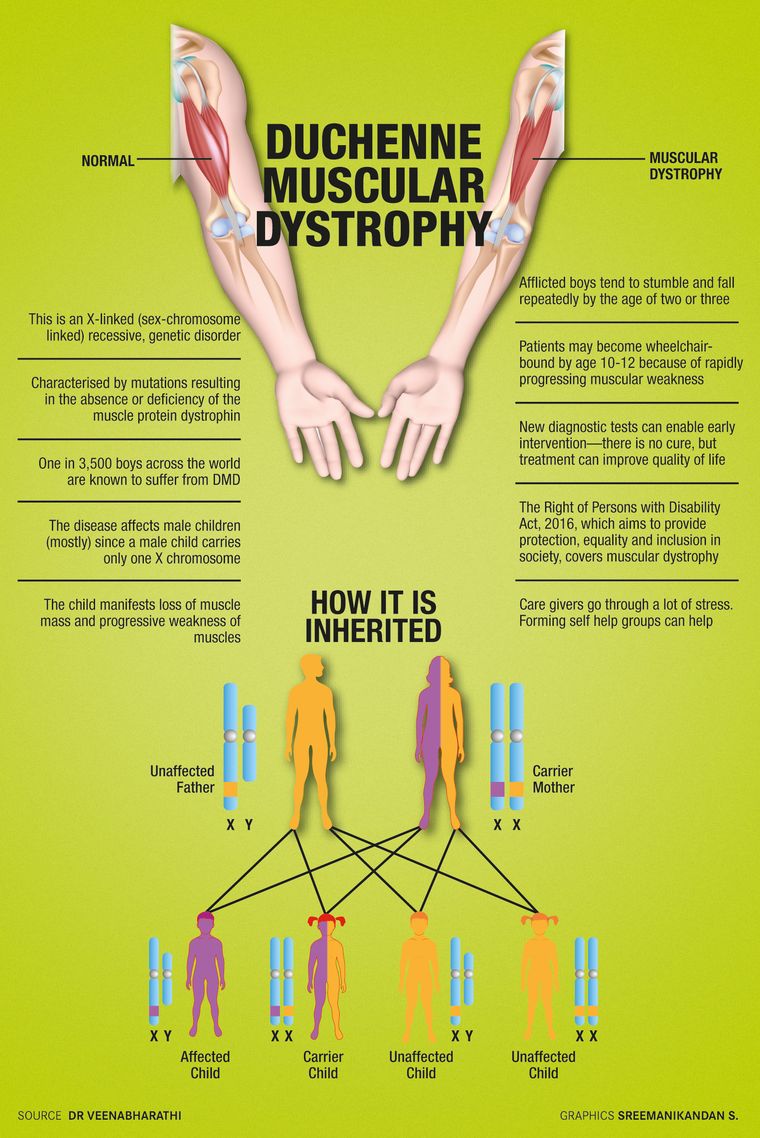 When Sarthak joined the medical college in 2011, Dr Saraswathi Rao was the principal. When Sarthak’s parents came to meet her, she had asked them why Sarthak wanted to pursue a tough course like MBBS. “But the 19-year-old boy was very focused and single-minded about his career option,” she says. “His parents and paternal grandmother were equally committed to nurture his aspirations. We allowed him to make use of a helper for his washroom needs and for taking the lift. He did very well in his studies.” She remembers Sarthak playing popular songs on his keyboard at college functions. “Though always on wheelchair, he is a great motivator for many. M.S. Ramaiah Medical College has recorded his name with pride as a notable alumnus.”

During his second year in medical college, Sarthak underwent a neuro-regenerative rehabiliataion therapy at NeuroGen Brain and Spine Institute in Mumbai. “The therapy is a holistic treatment consisting of stem cell therapy in combination with a personalised rehabilitation programme, including physiotherapy, occupational therapy and psychological intervention,” says Dr Nandini Gokulchandran, deputy director and head of medical services and clinical research, NeuroGen Brain and Spine Institute. “Sarthak had shown improvement a week after starting the therapy. The range of movement in upper extremity had improved so that he could move his wheelchair. He could not repeat the therapy, as he became busy with his studies.”

It was the brain and its workings that kept Sarthak busy. During the anatomy class in his first year, he would find himself drawn towards the table where the brain was being dissected. “I was always curious and intrigued by the complex neuronic structure of the brain and its unique way of mega functioning,” he says. “During my internship, when my wheelchair could not fit through the door of the general surgery operation theatre, I was allowed to watch the surgery in the specialised neurosurgery OT. That again, in a way, provided more and more connection for me with the brain.” No wonder he specialised in psychiatry.

Cause for celebrations: Dr sarthak with friends at his birthday party | sourced

After his internship at M.S. Ramaiah Medical College, Sarthak did one year of senior residency in psychiatry at Victoria Hospital, Bengaluru. For his MD in psychiatry, he got admission in Kempegowda Institute of Medical Sciences (KIMS), Bengaluru, in 2017 under the general category and procured eighth rank in the Rajiv Gandhi University of Health Sciences, to which KIMS is affiliated. He took the assistance of a scribe only for his final year MD exams, he says. “Sarthak’s resilience is beyond his disability,” says Prof Dr Raghuram, who headed the psychiatry department at KIMS when Sarthak did his MD. “He has an untiring quest to achieve greater things in life. We ensured that he was always accompanied by a helper, especially when he had to move on the wheelchair to the outpatient wing of psychiatry.”

One’s school and college years are not just about education; they are also about the connections we make. 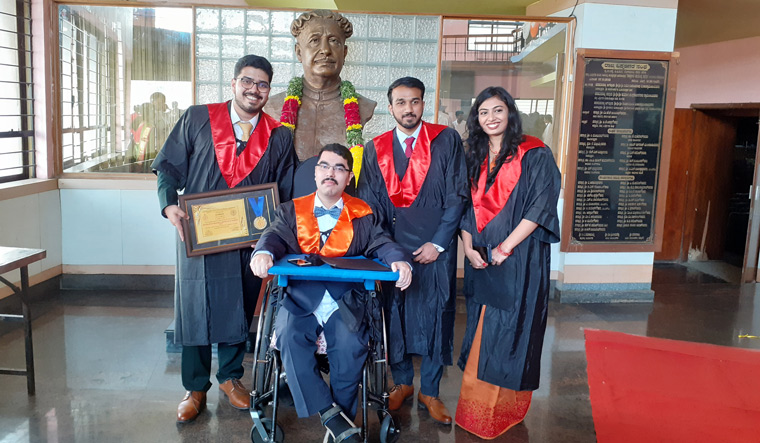 At his convocation at KIMS in Bengaluru | Sourced

“Not everyone used to be friendly with me,” says Sarthak. “There were sympathetic stares from people who kept asking one another, ‘Ayyo paapa (what a pity), what is this guy on a wheelchair going to do?’ I would have preferred if people were empathetic instead of being sympathetic. Even [in junior college], there were grumblings from a few parents that students appearing for IIT entrance exam may not be able to focus because of my wheelchair. If I had studied psychiatry by then, I probably would have diagnosed the condition as ‘wheelchair-induced anxiety’ or ‘wheelchair-induced psychosis.”

But he did find some friends for life. Dr Siddarth Baindur, an ophthalmologist at the Maulana Azad Medical College, New Delhi, studied with him in his first school and saw how Sarthak struggled to get to the class on the higher floors. “But he never exhibited any remorse or sadness despite his physical disability,” he says. “He was very studious, hardworking and intelligent.”

Baindur later met him at inter-collegiate festivals and remembers him excelling at the quiz competitions. “He has a sharp intellect,” he says. “Now, being a psychiatrist, I am sure he will be far more empathetic to his patients than any one of us.” 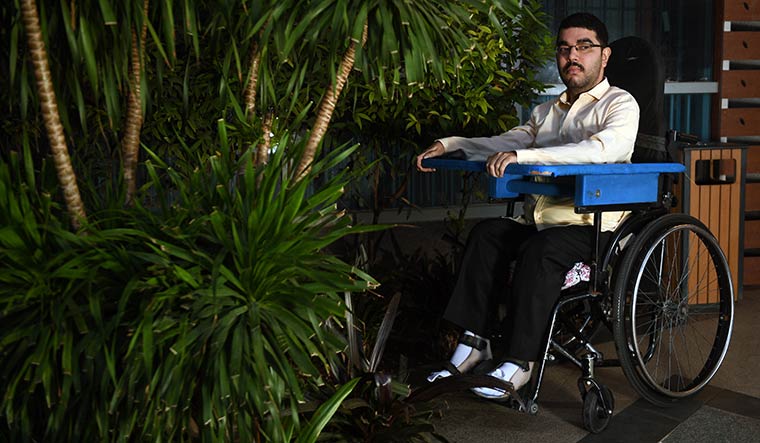 Agrees Dr Aneeha, who was Sarthak’s batchmate in medical college, “Dr Sarthak’s ‘never give up’ attitude is his strength. He never allowed DMD to suppress his intellect.”

Sarthak recently got through his first level of Member of the Royal College of Psychiatrists, the UK. Since January 2022, he has been working as an assistant professor (psychiatry) at Ambedkar Medical College in Bengaluru. He also counsels four to five patients in a day.

Sarthak’s day begins at 7am. His helper assists him in his bath and with getting dressed for work. His breakfast consists of only two-three bananas and a protein-enriched beverage. He has no diet restrictions and eats both vegetarian and non-vegetarian food. His favourites though are Mexican chips and Konkani dal tadka.

Sarthak travels to college in a car with a driver. He keeps his attire simple: dark-coloured woollen or cotton pants and light-coloured shirts, either plain or striped. His father says work has become his priority and he seldom travels for leisure with the family. He had visited London along with his parents and younger sister Sanmita, who is an interior designer, when he was 12. But the good doctor does find time to unwind, watching movies on television and documentaries on OTT platforms, genre no bar. A geography buff, he is obsessed with the online game ‘Worldle’, where one has to guess the country based on its outline.

Sarthak undergoes physiotherapy at home for an hour every evening for about an hour. He is currently on steroid medication. Recent evaluation has revealed a good functioning of his heart and lungs. Most complications in DMD occur because of cardiac and respiratory deterioration, says Gokulchandran. “Sarthak’s cardiac output has been good and his respiratory condition has also been well maintained,” she says. “Continued physiotherapy, good care by parents and Sarthak’s optimism have all improved his quality of life and prolonged his lifespan.”

Sarthak's name means ‘fulfillment’ or ‘justification’, and therefore his motto is: Har pal yahaan, jee bhar jeeyo (Live every moment to your heart’s content). He just has one advice for people: “Do not view the person afflicted with DMD as disabled. Try to understand that the disease is a disability.”