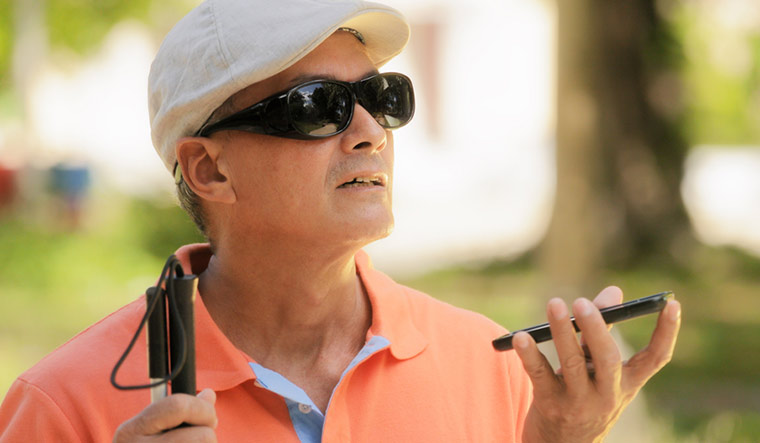 VISUALLY IMPAIRED persons, whether from birth or those who lost sight later in life, can lead extremely productive and independent lives, given the right training and assimilation into the mainstream, says Dr Umang Mathur, executive director, Dr Shroff's Charity Eye Hospital.

While there are traditional ways of using audio and tactile inputs to help “see”, artificial intelligence solutions today provide game-changing opportunities. However, access to these aids and training are important.

Mathur recalled the case of a patient who had congenital cataract. His cataracts were removed and he was discharged from hospital. However, since the child had lost out on early schooling, no school was ready to enrol him at a later stage. He ended up as a manual labourer. “We came to know about this when he reported to hospital with some other problem,” said Mathur. The rehabilitation team then intervened, and helped the boy out. He later appeared for his board exams through the National Institute of Open Schooling.

On the other hand, Mathur cites the case of a visually challenged man who is running a successful travel agency, not just making a good living for himself but also providing employment to around a dozen people.

Smartphones are an accessible aid to almost everyone now. The TalkBack feature on Android (VoiceOver on iPhone) allows users to navigate their way through the phone's various features and apps with voice assistance. Smartphones, when connected to other devices like Smart Vision Glasses (see page 32), can bring about a very high level of independence to the user. Audiobooks and tactile models can complement Braille in providing a rich educational experience to children.

Today, technology is not that expensive. The missing link is the dearth of trainers and rehabilitation experts who will identify a person's need and also help that person get assimilated into the mainstream. Most eye experts, for instance, are concentrated in the bigger metro cities. Patients often visit these centres only when their condition has deteriorated rather substantially, and then, there is not much that can be done by way of mitigation.

Dr Sima Das, head of oculoplasty and oncology services at the hospital, says she sees so many cases of eye tumours among children at a stage when the disease has already metastasised, and it is a matter of saving the life, not the organ. In the west, she says, this condition is detected so early that in most cases it is treated before the vision gets impaired.