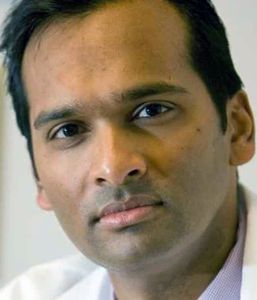 Dr Arul Chinnaiyan was awarded this year’s Sjoberg Prize in cancer research for establishing that the fusion gene is responsible for more than half the prostate cancer cases in the world. In an exclusive interview, Chinnaiyan talks about fusion gene and how it is going to help in treating prostate cancer. Excerpts:

What is fusion gene?

A fusion gene occurs when two genes, which normally reside in different parts of the genome, come together and get fused. The fusion of genes can initiate the development of cancers in which they are found.

Why is it important in prostate cancer?

How is it going to help with diagnosis and treatment?

Is it relevant in other cancers?

What is your current focus of research?

My research, in general, is focused on precision oncology with a heavy focus around prostate cancer. Since I was awarded this prize for the discovery of recurrent gene fusions in prostate cancer, I plan to use the funds from this award to fuel our efforts in therapeutically targeting the products of these gene fusions—which are oncogenic transcription factors. We will develop direct and indirect approaches to target oncogenic transcription factor in cancer.