A shot in the dark 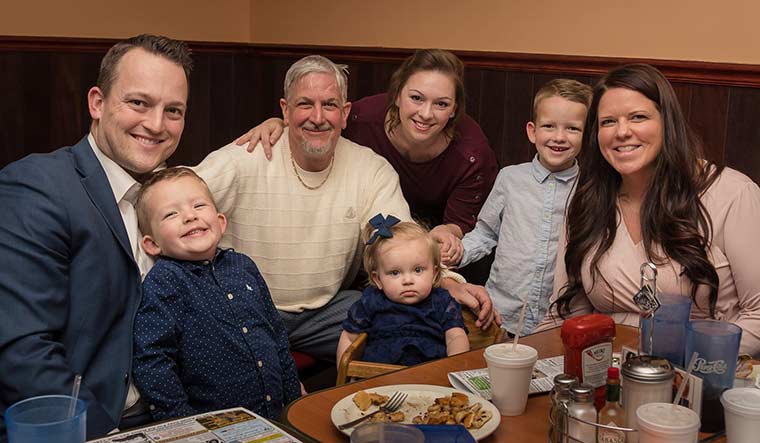 He was getting closer to death, which made him say “yes”to a risky medical experiment. David Bennett Sr, the first human to receive a heart transplant from a genetically-modified pig, thus became part of the history of medical science.

The 57-year-old Maryland man had uncontrolled cardiac arrhythmia, a condition that would result in irregular heartbeat. Doctors did not consider him a good candidate for human heart transplantation because his medical records said he had often missed appointments and not filled prescriptions. Statistics show that those patients who are not good at following doctors’orders usually do not survive long with a donor heart. Bennett was also too sick to qualify for a human donor heart. The condition that he had exhausted all treatment options and would die anytime without a new heart, made him gamble on the experimental transplantation.

Dr Bartley P. Griffith, professor of surgery at the University of Maryland School of Medicine (UMSOM), led the January 7 transplantation procedure on Bennett. Dr Muhammad M. Mohiuddin, professor of surgery and director of the cardiac xenotransplantation programme at UMSOM, was another crucial member of the team. Dr Griffith and Dr Mohiuddin reportedly spent three decades fine-tuning the surgical techniques for this transplant they conducted on Bennett.

Dr Griffith told Bennett about the experimental method in December. “We can’t give you a human heart; you don’t qualify. But maybe we can use one from an animal, a pig,”he told his patient, according to The New York Times. To that Bennett replied: “Well, will I oink?”

When Bennett discussed his decision to be a pig heart recipient with his son David Bennett Jr, he became perplexed. The younger Bennett initially thought his father was experiencing delirium because of his continuous hospital stay. But he soon realised that his father was telling the truth.

Pigs offer a great choice for organ procurements. Transplanting pig heart valves into humans is common now. In 2013, Bennett Sr had undergone surgery to implant a pig valve in his heart. The valve was implanted after removing the pig cells, so he didn’t have to take immunosuppressants then.

Gene editing and cloning are the two technologies used to yield genetically-modified pig organs that won’t be rejected by the human body. In September 2021, doctors at New York University Langone Health had transplanted kidneys from genetically-modified pigs into a legally dead person with no perceptible brain function. The procedure was done with the permission of the patient’s relative. He was sustained on the ventilator, and his body did not reject the organ for more than two days.

The January 7 procedure by the University of Maryland Medical Centre (UMMC) doctors on Bennett Sr marks the first time a pig organ is being transplanted into a human being who still holds a chance to recover and survive.

His condition was so bad before the transplant; he was on extracorporeal membrane oxygenation (ECMO) machine—which pumps and oxygenates a patient's blood outside the body—for almost two months. Because he had irregular heartbeats, he was not fit to have a mechanical heart pump, too.

The United States Food and Drug Administration rejected the initial applications for human trials of pig heart transplantation by the UMMC. The FDA asked them to transplant hearts into 10 baboons before trying it on humans. However, on New Year’s Eve, the agency authorised the surgery under its “compassionate use”provision.

The surgery encountered some major challenges. The anatomy was a little problematic and the doctors had to do plastic surgery to make everything fit.

Bennett Sr saw the experiment as an “either die or give it a try”kind of situation. “I want to live. I know it’s a shot in the dark, but it’s my last choice. I look forward to getting out of bed after I recover,”he told the doctors at the UMMC before the surgery. His faith in medical science and his doctors saved him. So far, his body has not rejected the pig heart. But he still faces a long road to complete recovery.

Within days after the news of the historic surgery came to the public domain, Bennett Sr’s “worthiness”to receive a new heart was questioned. In 1988, he was convicted for stabbing a man named Edward Shumaker. According to the Washington Post, Bennett Sr., attacked Shumaker during a bar game after his then-wife sat on the latter’s lap. The attack left Shumaker paralysed from waist down. Bennet Sr was sentenced to ten years in prison. He was released from jail in 1994, after serving six years. Questioning the ethics of the second chance, Shumaker’s sister Leslie Shumaker Downey told the Washington Post: “He gets a second chance with a new heart—but I wish, in my opinion, it had gone to a deserving patient.”

The transplant team reacted to the controversy by saying that a patient’s criminal past could never be grounds for refusing medical care. “It is the solemn obligation of any hospital or health care organisation to provide lifesaving care to every patient who comes through their doors based on their medical needs,” the UMMC officials said.