How anaesthetic drugs and gases work 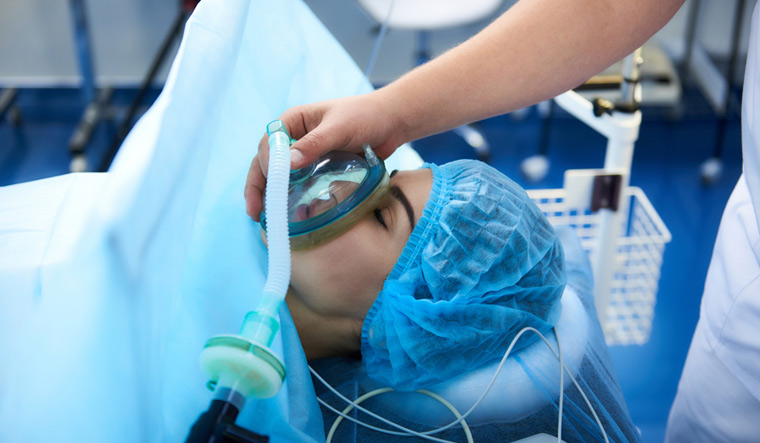 Anaesthesia is a state of controlled, temporary loss of sensation or awareness that is induced for medical purposes, says Dr V.S. Ravikanth, consultant cardiac anaesthetist at Yashoda Hospitals, Hyderabad. “Anaesthesia includes analgesia (pain relief), paralysis (muscle relaxation), amnesia (loss of memory) and unconsciousness. The purpose of anaesthesia is to keep an individual away from feeling pain during a procedure,” he says.

Broadly speaking, there are two types of anaesthesia—local and general. A simple procedure like cavity filling can be done under local anaesthesia. “The patient will be given an injection to numb the area,” says Dr Muralidhar Thondebhavi S., consultant, anaesthesiology and pain medicine, Apollo Spectra Hospital, Koramangala, Bengaluru. “It blocks specific channels in the nerves called sodium channels. When these channels are blocked, the sodium ion cannot travel into the nerve. This stops conduction of nerve impulses. Local anaesthetics block the nerve sensation being carried through the nerves to the brain.”

General anaesthesia is commonly used for major operations such as heart and brain surgeries. General anaesthetics may be divided into two types—intravenous and volatile. Intravenous anaesthetics are given into the blood stream and they render the person unconscious in 15-30 seconds. ‘’We understand to a certain extent how these medicines work,” says Thondebhavi. “They block certain receptors in the brain. The chemicals in the brain which we call as neurotransmitters are unable to act because general anaesthetic drugs block the receptors.” It gets unblocked later and the patient regains consciousness.

Anaesthetic gases fall in the volatile general anaesthesia category. A volatile general anaesthetic can be used in the form of a vapour, which is breathed in by the patient. It goes to the lungs, from where it is taken up into the blood stream and then into the brain. “Once it reaches the brain, the exact mechanism by which it works is still not clearly discovered,” says Thondebhavi. “But we know that they dissolve in the fats. Therefore, we deduce they work at the level of nerve cell membrane, nerve junctions or some of the proteins in the cell membrane or receptors.”

There are a wide range of gases that can produce a state of general anaesthesia—from xenon (used presently in research setting) to complex hydrocarbon agents used routinely (which are similar to ether). They produce a state wherein the conduction of impulses in the brain is stopped, causing the patient to go to sleep. Modern anaesthesia practice doesn't involve the use of chloroform or ether.

Children undergoing a surgery are usually given the anaesthetic gas, as injections can be too traumatic for them. But for adult patients, anaesthesia is generally given intravenously. “Once the patient is asleep with the IV anaesthetic agent, the anaesthesia is maintained for the duration of the operation by continuing the IV anaesthetic agent or by giving them the volatile anaesthetic agent through the breathing tube,” says Thondebhavi. “This is given as a mixture with oxygen with or without nitrous oxide (laughing gas). It keeps the patient asleep for the entire duration of the operation.”

At the end of the operation, the gas is switched off. The anaesthesiologist makes sure the gas washes out of the patient’s lungs. The brain concentration of the gas decreases and the patient wakes up.