How an anaesthesia error put a French footballer in coma 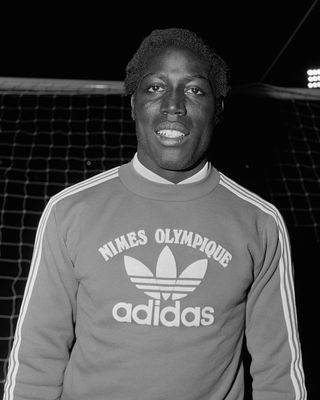 Life and love: Jean-Pierre Adams died on September 6 after being in a vegetative state for nearly four decades. His wife Bernadette took care of him all along | Getty Images

An anaesthesia error put him in a slumber he never woke up from.

The African-French footballer, with 22 international caps to his credit, was admitted to Lyon Hospital on March 17, 1982, for a knee surgery.

The day he was operated on, many staff at the hospital were on strike and the anaesthetist was overburdened—she had to look after eight patients, including Adams. A trainee who supervised Adams later confessed, “I was not up to the task I was entrusted with.”

Adams was starved of oxygen during the procedure, leading to a cardiac arrest and brain damage. Decoding what went wrong, a Bengaluru-based anaesthesiologist said, “The breathing tube that we normally put into the lungs for giving oxygen was not in the right place, or there was a condition with the patient that made giving oxygen difficult.” Back then, patient monitoring systems in the operation theatre were at a relatively nascent stage, he said. “Pulse oximetry was just coming around. Probably it wasn’t even available in France,” he says. “So the anaesthetist didn’t have a proper way of measuring oxygenation in the blood and hence the problem might have been picked up late and by then the damage was already done.”

Born in Senegal, Adams had risen from humble beginnings. He was enrolled at a school in France at the age of 10 and was adopted by a French couple. He was in hospital for 15 months. Post his discharge, his wife Bernadette tended to him, changing his clothes, talking to him and even giving him presents like T-shirts, pretty bedsheets and scents. “No one ever forgets to give Jean-Pierre presents, whether it's his birthday, Christmas or Father's Day,” she told CNN.

Bernadette never considered turning off his life support machine. “Jean-Pierre feels, smells, hears, jumps when a dog barks,” she said in 2007. “But he cannot see.” She believed he could recognise “the sound of her voice as well”.Adams met Bernadette at a dance when he was an amateur footballer. They started living together at a time “when a black man and a white woman being together wasn’t well-regarded.”

Bernadette’s parents disapproved of the relationship. However, when Adams and Bernadette decided to get married and they broke the news to her parents, her mother invited them to dinner. “After that, everything was fine and he was seen in a better light than me: ‘Jean-Pierre, Jean-Pierre’—they only spoke of Jean-Pierre!’’ she said.

After a legal battle that went on for 10 years following the mishap, the court ruled in Bernadette’s favour and she started receiving annuities. The anaesthesiologist and the trainee just received a one-month suspension and a fine of €750.

Had Adams undergone the surgery in this decade, would things have been different? “Nowadays we have excellent monitoring systems in most of the places, even in the periphery,” says a senior anaesthesiologist. “We can monitor the oxygenation in the patient’s blood and ensure whether the tube is in the right place in the lung. These can be done on a routine basis. Anaesthesia-related deaths were significantly high in the 1980s, but they have dropped to probably one in two lakh surgeries now.”