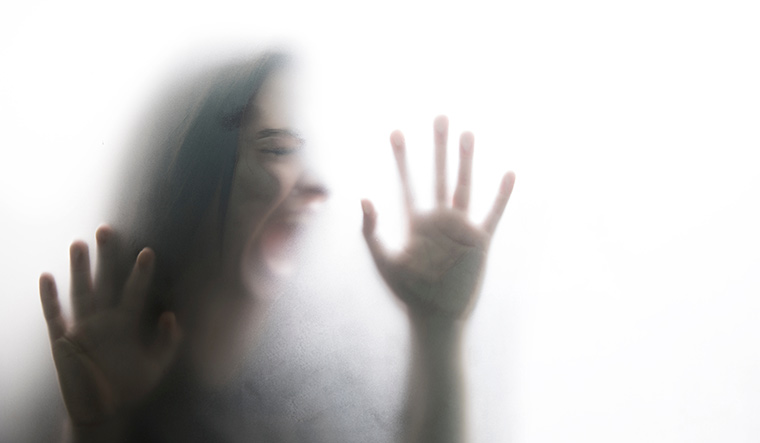 A self-confessed introvert, Pratiksha Chhetri found a haven in social media. “That was the only place I could talk to people openly and be who I am. It worked like a mask to cover my shyness,” says the 23-year-old from New Jalpaiguri who dreams to be a kindergarten teacher.

It was fun for a while but the experience would soon be ruined. “I started receiving texts asking for nudes from people whom I assumed were nice. It felt creepy,” she recollects.

Chhetri changed her password frequently, fearing someone would hack into her account and create trouble. “I did not want to be ashamed for something I did not do,” she says. “I still lose my peace of mind when I think about it, because creating a fake account is no big deal. Somebody, somewhere might be using someone else's picture to degrade them." Chhetri finally deactivated her account.

For girls, danger lurks everywhere, even at home. “I had to face my abuser almost every day,” says one survivor of abuse. “We lived under the same roof. I had to cook and serve food to that person. I could not sleep at night. I wanted to talk to someone about it and when I finally did, I was silenced. I had seen abuse in TV shows, but I never thought I would [experience it]. It becomes scary when the person who abused you has good ties with your family. We even shut ourselves up from speaking about it. We are conditioned in such a way that by default we choose to keep quiet and continue like nothing happened.”

Unlike this person, Dopdi Mehjen used her body to shame her perpetrators. The tribal woman in Mahasweta Devi’s short story Draupadi confronts Senanayak—a police officer who ordered his subordinates to rape her—with her bare body. Dopdi, who understands “she’s been made up right” walks towards Senanayak naked “in the bright sunlight with her head high”. 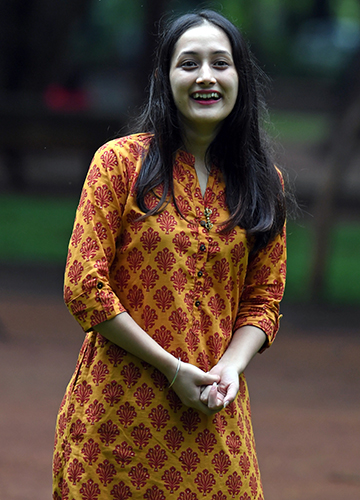 “You can strip me, but how can you clothe me again? Are you a man?” she asks him. “There isn’t a man here that I should be ashamed. I will not let you put my clothes on me. What more can you do?”

The story is a clarion call to a society where victim blaming is common and blatant. The activist writer tells us that it is the perpetrator and not the victim who should be shamed and scared. The protagonist “pushes Senanayak with her two mangled breasts, and for the first time, Senanayak is afraid to stand before an unarmed target, terribly afraid”.

Violence against women is rampant in India. According to the National Crime Records Bureau, 4,05,861 cases of crimes against women were recorded in 2019. This was a 12.8 per cent rise from cases reported in 2017. “Patriarchy is at the root of the issue, perpetuating domestic violence,” says Aarthi Chandrasekhar, programmes coordinator, Resource Centre for Interventions on Violence Against Women, Tata Institute of Social Sciences, Mumbai. “Violence is often understood as being physical and sexual; there is a lot of emotional violence, too,” she says. “Financial and cyber violence are also prevalent. They take place concurrently. All these forms of violence have consequences on the physical and mental health of the survivor as both are linked.”

Shedding light on the magnitude of abuse, Dr Kedar Tilwe, a consultant psychiatrist and sexologist at Fortis Hospital, Mulund, and Hiranandani Hospital, Vashi, says: “It is estimated that one in three women may be exposed to some sort of abuse (psychological, physical, sexual) during their life. Exposure to abuse makes them feel weaker and diffident. It can result in a loss of self-esteem and self-confidence.”

Abuse can scar a girl for life, be it social media trolling, sexual harassment or domestic violence. Women often internalise their anxiety and stress. 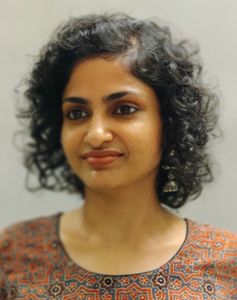 The health consequences of violence are usually perceived as severe injuries. “However, violence affects health in many ways including reproductive issues as a result of sexual violence, aches and pains, stress, anxiety and skin disorders,” says Chandrasekhar. “Women who reach the hospital with burns or consumption of poison are invariably experiencing violence. It is certainly a public health issue where health care providers have a key role and responsibility in identifying survivors through clinical inquiry and linking them to relevant support services.”

Many women have developed certain traits that are shaped by our society’s patriarchal values. It took Vismaya Vishwa a long time to understand how language and dialogue are constructed to make the woman feel guilty or responsible for someone else's actions. “I have always observed the language people use in situations where a woman is harassed or sexually assaulted,” says the assistant professor of English at St Joseph’s Evening College, Bengaluru. “It is always 'Where were you going?' or 'Why were you alone?' or 'Why did you not do anything about it?' We all know words have power. These words put the onus on women to always be aware and battle ready.”

It reflects in everyday incidents as well, says Vishwa. “I've heard more women than men apologise for being in the way, for jostling someone, for accidentally brushing past and making contact. The language used in these situations plays a major role in how women orient themselves in public spaces. Personally, it was this kind of language that made me question my role in situations where I was harassed.”

What is stopping women from asserting their identities as part of society and reclaiming public places? Even empowered women living in metros like Bengaluru feel unsafe in public places. Chhetri, who is an undergraduate in Bengaluru, prefers to walk through a crowded place than take short cuts after sunset because she feels that even if something bad happens, there would definitely be one “good man who would reach out to help” or at least call someone for help. 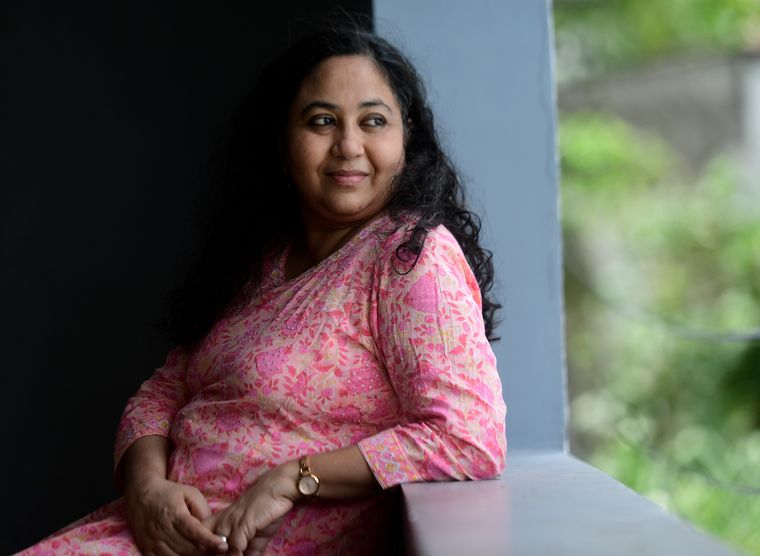 Having crossed 50, J. Devika, a historian, scholar and social critic, never thought she would be vulnerable. “No woman in this society is permitted such peace,” says the author of several articles and books on gender relations in early Kerala society. Two years ago, she found herself on the receiving end of a man’s sexually coloured insults in public.

Devika was delivering a lecture at the Krishna Menon Memorial Government College for Women at Kannur, Kerala. A man walked in and sat in the audience of mostly women. “When I finished and the Q and A began, he stood up and asked a question in which insinuations against women authors were implicit,” says Devika. “I chose not to accelerate it, choosing my words carefully so as to not give him a pedal to push.” 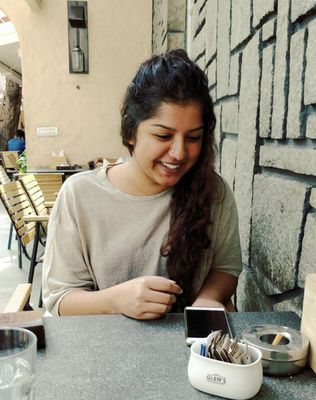 After a while, the man asked another question, this time accusing Devika of being a “man-hating feminist who attacked male intellectuals”. “Now this was a baseless and unwarranted assault on my right to criticise male intellectuals as a feminist scholar and public intellectual, and so I was quite shocked,” she says. “I tried to argue that he was wrong. When he did not stop, I grew angry. But it struck me that he might be mentally troubled. I went to pacify him but he refused to calm down. He continued grumbling and said, “As long I am sitting here with a penis between my legs, women like this one cannot be allowed to say these things.”

Devika, who remained calm through the ordeal, broke down later when she came to know that the man was a member of the college faculty. “He had come deliberately to insult me in front of an audience. And he walked away coolly,” says Devika.

She was so rattled by the incident that she would narrate it at every college she spoke at. “He is protected by his powerful brother and his colleagues,” says Devika. “I have no such protectors. For that reason, I cannot step down from the fight. I will carry on until this man is punished. Otherwise, what security can a woman student feel?”

There is a lot that can be done to help women feel safer in the workplace or in public places. Surveillance cameras can improve women’s safety only to a certain extent. “Better street lighting, improved public transport that encourages mobility of women, and, above all, gender sensitisation,” says Chandrasekhar. “Unfortunately, women’s safety is often approached from a custodian point of view which in itself is patriarchal. Why do women need to constantly be ‘on alert’? If one has to think so much about it, can it be considered safe?”

I AM AMONG THE 99% UNREPORTED CHILD ABUSE CASES

Growing up is tough but growing up as a woman in India is tougher. I sometimes feel like my identity has been confined to a number in India—I am among the 20.3 per cent of working women; I am included in the 34 per cent women workforce in the IT sector; I am one among the 2.5 per cent of childless women; and I am among the 99 per cent unreported child abuse cases.

So what defines me? All of the above. Everything I have been through has moulded me. Like most women in India, I was brought up in a patriarchal household. The irony is that this patriarchal thought process was not imposed on me by the men in my family, but by my mother. As a girl, I was told to talk, sit, laugh and eat in a particular way. The days I was on my periods, I was treated like an untouchable, locked up in my room. Let me remind you that I am not talking about the 17th century India, but the early 2000s.

Like most victims, my abuser was a close relative; someone I trusted. However, when I told my parents, my mother blamed six-year-old me for what happened. I lost trust in relationships, and until recently, I felt guilty about it.

Like Ambedkar, I thought education was the only way out, and I left home for higher education to regain my autonomy. And I have never gone back. Fifteen years on, I am on my own, content not bound by those restrictions. But is that enough? We fight prejudices and wrong perceptions every day. The moment you get a promotion or a raise, you hear the rumours: “Promoted, huh? She might be in really “good” terms with her manager.” It does not matter whether you worked more hours than others or led enough projects to prove yourself. Women even hesitate to ask for a raise or talk about what makes them remarkable.

No matter what kind of upbringing you had, do not let that hold you back from claiming your place in this fast-paced world, because if you don’t talk for yourself, no one else will.

The writer is programme manager at an MNC in Bengaluru.